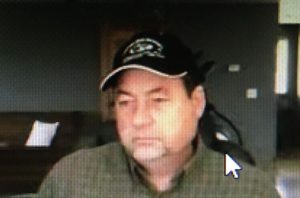 Among the items on the agenda during the meeting included a discussion regarding the creation of a new taxing district.

According to Barren County Judge/Executive Micheal Hale, the Fiscal Court would be required to enforce the new tax which is being sought by the Barren River District Health Department (BRDHD).

“We met with Department of Local Government taxing specialists to educate ourselves,” Hale said in regards to the tax. “I’m concerned over who is over special taxing for the state of Kentucky right now.”

BRDHD Public Health Director Matt Hunt joined the meeting virtually to further address the health taxing district, stating that the purpose of the tax is to “…provide a firm foundation for public health in the area for years to come.”

“Currently, the tax rate for Barren River is 2.25%,” Hunt said. “The state average is 4.75%…We always strive to be good stewards of our funding…I’m here to help in any way possible for folks in Barren County.”

Judge Hale stated that a special called meeting would need to occur in order to discuss the tax.

“Right now, I’m no where near (ready) to make a clear decision on this,” Hale said. “…It defines it clearly to me, black and white. I’d like to call a special called meeting on where we’re at, where the health department is at as well.”

No further action on the health department taxing district was taken at this time.

A discussion was held in regards to an update concerning the County Attorney building project occurring on West Main Street in Glasgow.

Judge Hale stated to the Court that demolition of the old building was complete.

Tim Coomer, Chair of the Court’s Building and Property Committee, said that it is planned for the child support offices to be extended on the bottom floor with perhaps a safe house added on the top floor.

“We have to submit some type of drawing to the Renaissance Committee of the City (of Glasgow) for approval on that,” Hale said.

for leasing the building. 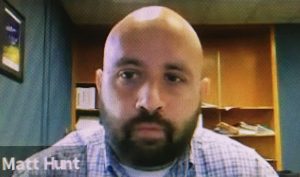 Tim Coomer, District 4 Magistrate, addressed the Court regarding the spraying of roadsides within the county. Photo by Mary Beth Sallee.

Tim Coomer, District 4 Magistrate, addressed the Court regarding the spraying of roadsides within the county, specifically in areas where overgrown roadsides can make it difficult for drivers to see.

“Hopefully, with the new mowers we won’t have to worry about the Johnson grass…but last year it was over lapping roads,” Coomer siad. “…I know I bring it up every time, but I want to make note and have it in the minutes that I did bring it up again.”

District 5 Magistrate Mark Bowman stated that with the time that lapses in between mowings, the roadsides grow quickly.

“I think we need to seriously look at spraying,” Bowman said.

District 6 Magistrate Kenneth Sartin and District 2 Magistrate Trent Riddle both stated that they had heard positive feedback from magistrates in other counties where roadside spraying was implemented.

“I’m not totally opposed to this, but I want you guys to think about the liability of this,” Hale said. “…If you go out here and kill so and so farmer’s corn crop or soy bean patch (with spray), we have to pay for that. So, we can’t just be out there haphazardly spraying..I think there’s going to be a substantial amount of cost.”

“We’ve got some farmers that plant to the roads that make a hazard, too,” Coomer responded. “…Farmers need to be aware of that, and it needs to be taken care of.”

“I believe that if we spray, we can cut our mowing cycles down to two cycles instead of three,” Riddle said in reference to cutting costs.

During the meeting, the Court went into closed session to discuss proposed or pending litigation.

The closed session lasted just over an hour and a half before the Court returned in session.

Judge Hale said that both promotions were well-deserved.

The Court also approved the following items during the meeting:

The meeting was adjourned.