Metcalfe sets their sights on post-season play, Brockman likes “fight” in his team 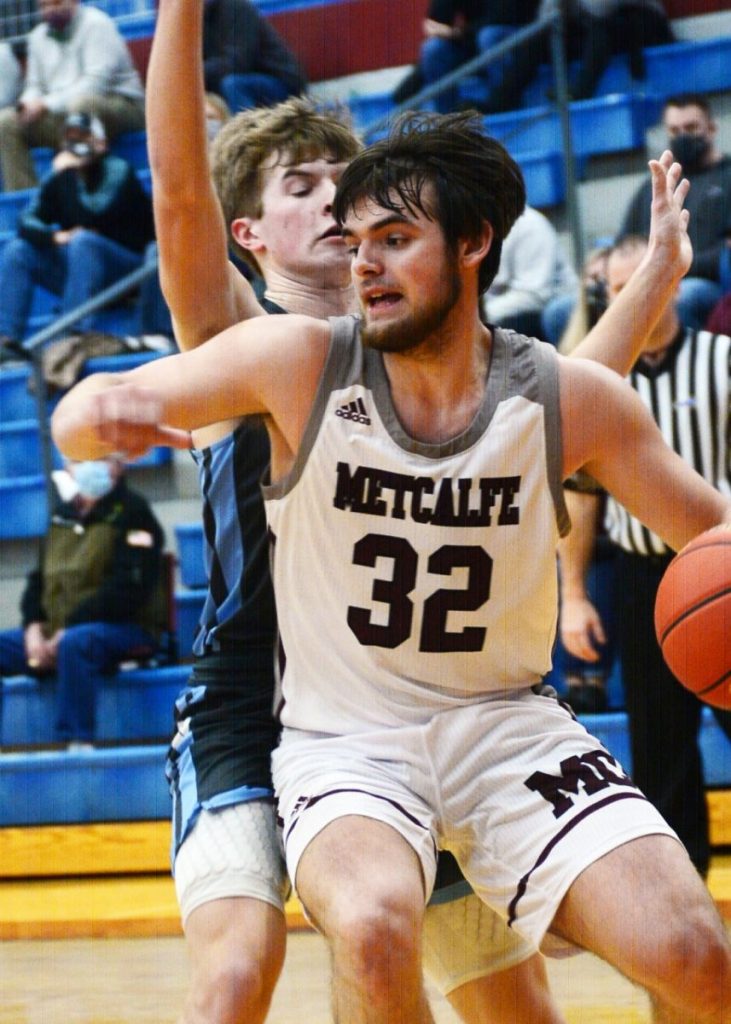 Coach Brandon Brockman knows that in district play in the regular season and in the post-season tournament, the Hornets need to be ready for “war.” Throw out the record books when these four teams play. “This team has the potential to make a run (in the 16th District), he said. “That’s our goal. That’s what we are working towards.”

The Hornets and Brockman defeated Green County 59-57 and Russellville 80-68 before falling to Grayson County 68-57 to start the season. After the All-A, MCHS defeated Adair County on the road 73- 57.

Brockman is proud of his entire team and how they have responded to the stop and start 2021 basketball season. The coach said that the Hornet seniors have provided key leadership, on and off the court.

Dathan Jolly has been providing key minutes off the bench and filling a valuable role for the team. “Dathan leads by example. He comes in every day and works hard and never complains,” Brockman said. “If he makes a mistake, he doesn’t let it effect his play. He’ll come down on the defensive end and grab a rebound or get a steal. That’s a great example of a team leader.”

The coach said Sawyer Edmunds is our “banger down low.” “He does a good job on the boards and putting back shots,” he added.

“Jacob Murrell is our charge leader right now. Sawyer was our charge leader last year,” He continued. “He can shoot the ball and when he sees one or two go through, his confidence will grow, and he can help us on the offense end.”

“If Boston Devore shoots from any where around 15 feet, I expect it to go in,” Brockman said of his final senior. “He can shoot from the outside too. I challenged him this year to do a better job on the boards to get seven, eight rebounds a game and so far, he has responded.”

Intensity is one key to the Hornets’ success since he took over the program in 2018. The Hornets “get after it on defense” and Brockman has stressed this to his players from that first year. “If you want to be a good team—it starts with defense,” he added.

Brockman stresses family, consistency, and toughness. His players can be seen encouraging and supporting each other and whoever the five are on the court. “They pick each other up. They go crazy when someone takes a charge,” he said. “Family means putting each other and the team first.”

Brockman remains steadfast in his belief that this team will shoot the ball well, even if they have not shown it so far in 2021. “We’ve had a lot of good looks go in and out. We continue to get the looks we want, and we will be alright in that area and become more consistent.”

Brockman switched right back to the defensive end as a key to this season. “If, we can get a defensive and rebounding mentality, we can make a good run,” he said. “We can do some special things this year in district.”

Brockman plays a tough schedule and the 16th District is always a dog fight. He does this to prepare his team for the post-season, when it is win and advance, or lose and go home.

Brockman was also pleased with his success on the free throw line so far in 2021.

“Jax (Allen) has been a monster on the boards so far,” Brockman interjected as his mind once again returned to his favorite subject—rebounding. “He’s had three or four doubles-doubles and had 14 total rebounds against Glasgow—11 in the second half. He can shoot too.”

Brockman said there was also a lot of things that his leaders do that “don’t show up on the stat line.”

“When you see game changing plays like we had in that Glasgow overtime game,” concluded Brockman “That’s when you know you got a good team. I like the fight in this team…they’ve been down in just about every game so far and they don’t quit fighting.” 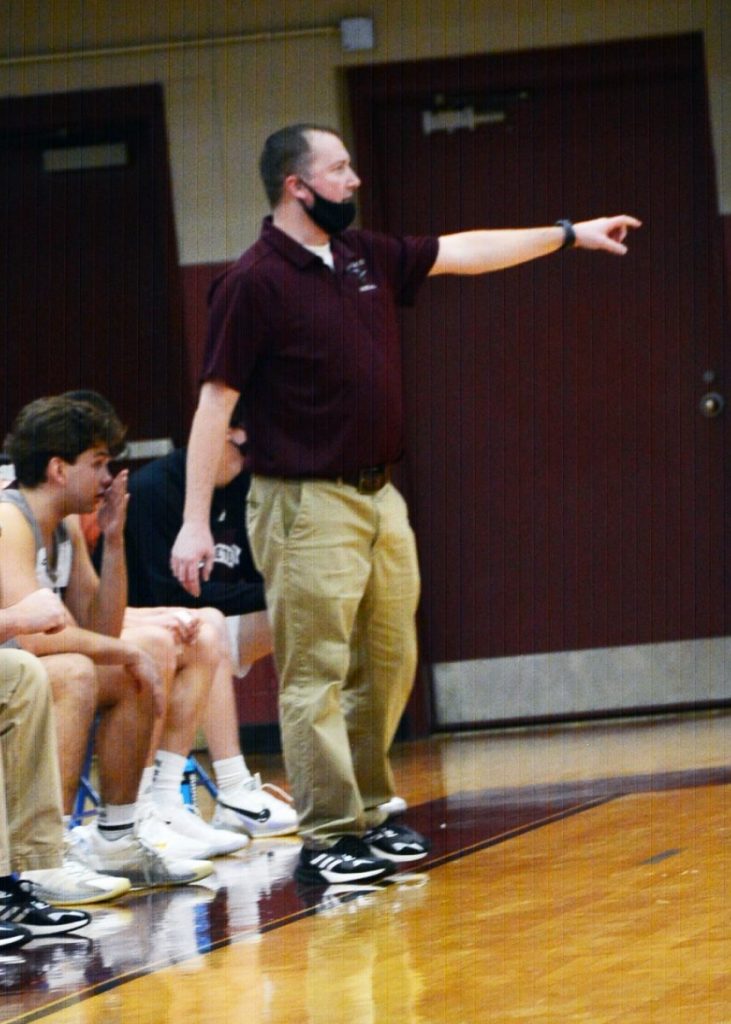 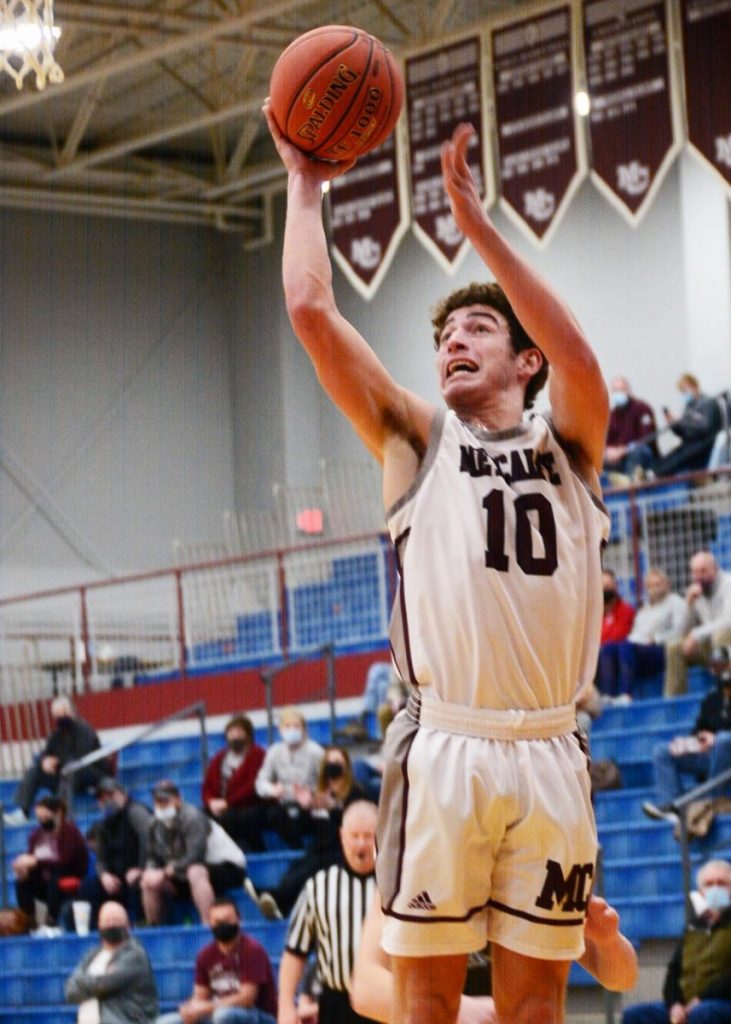 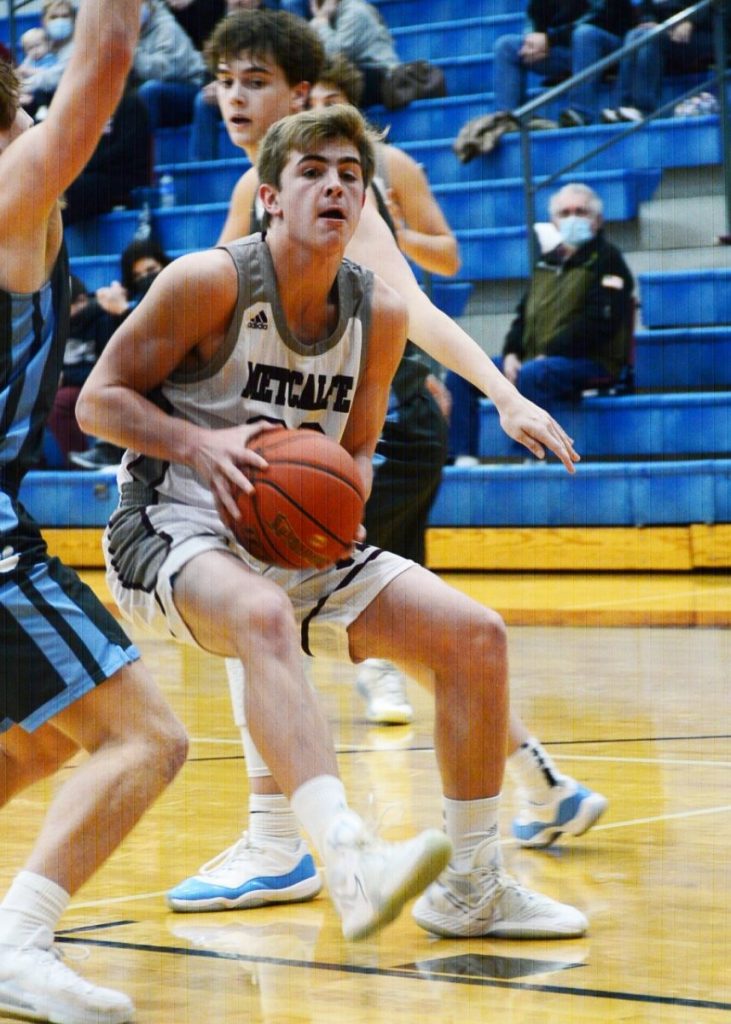 Jax Allen goes up strong for the put back after snatching the rebound. Allen finished the game with 11 points and 14 rebounds for a double-double against the Scotties. Photo by George Katchak Jobe Publishing Photographer 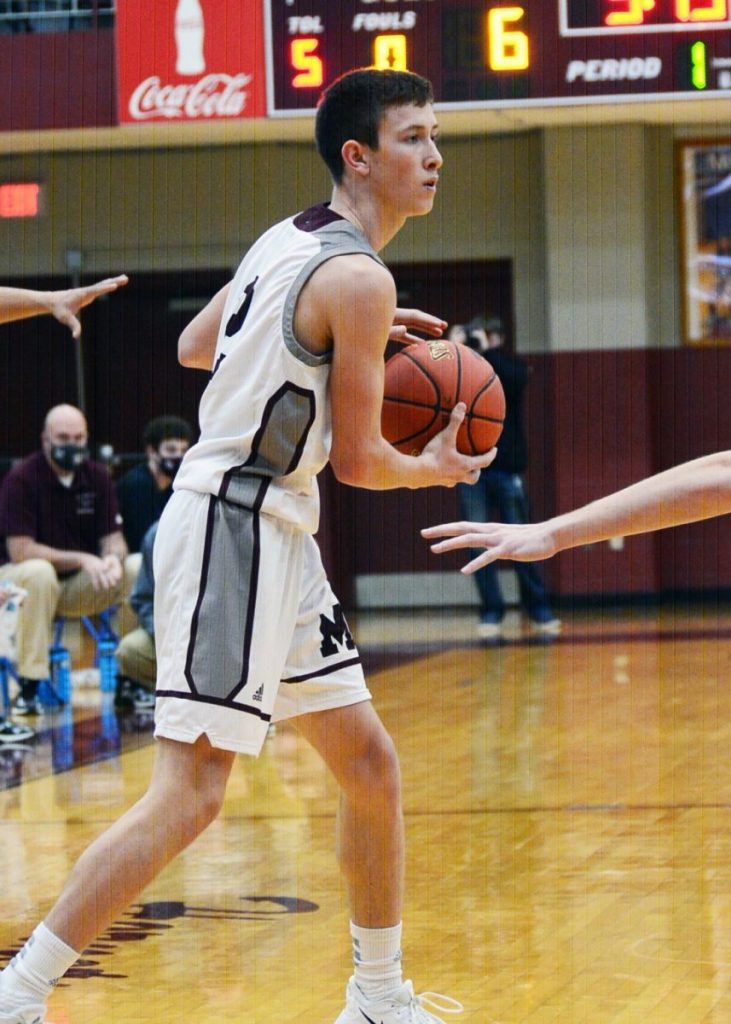 Wyatt Blythe resets the offense during their overtime victory over the Scotties. Photo by George Katchak Jobe Publishing Photographer 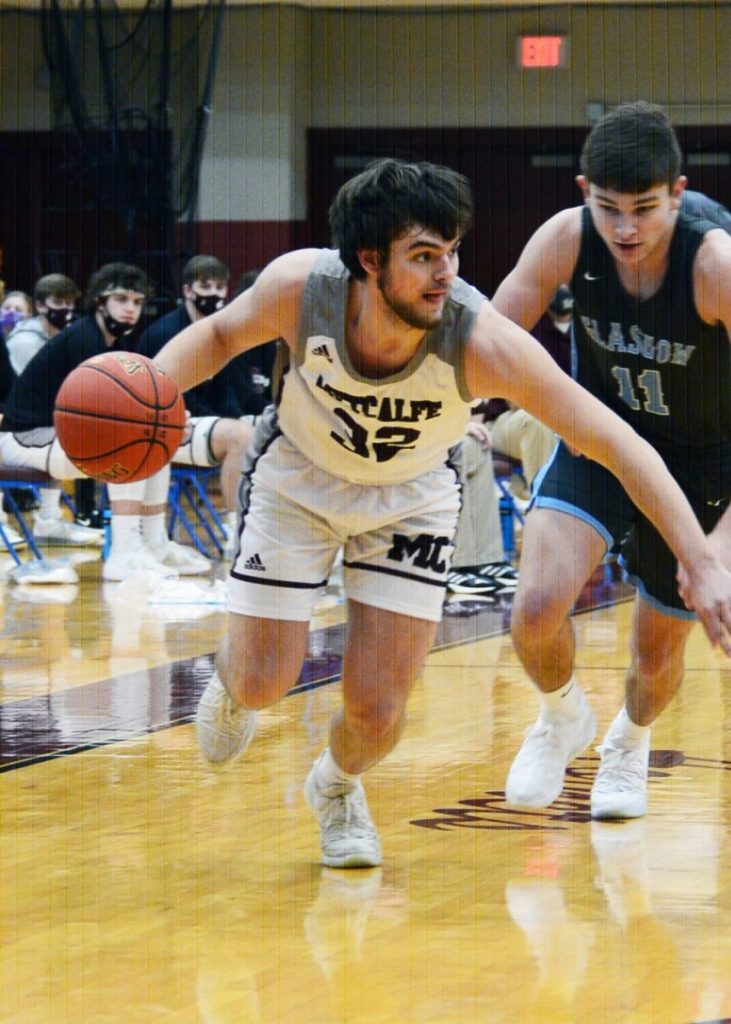