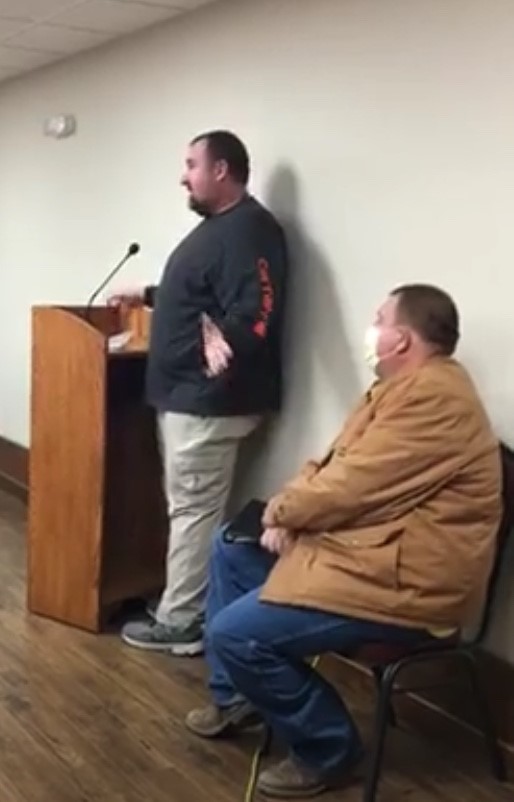 According to Mosby, since the onset of the pandemic and the Recycling Center limiting services, many residents in the county are disposing of their trash by throwing it out in remote areas of the county.

“We are all the time going out and picking up trash, or somebody’s done five or six bags, a couch, a mattress,” said Mosby.

“Some of our garbage pickup guys are not paying their business license, I don’t know why they aren’t doing this. We need to come up with some kind of little ordinance to fine them for not doing this,” Mosby said. “These people don’t care anymore.”

He also wants to make it possible to fine individuals caught dumping trash.

“It’s at least one or two a week, it’s constant with the people dumping trash on the side of the road and the way it stands right now I don’t have any authority, none of us do,” Mosby said.

According to County Attorney Barry Gilley the only ordinance currently on file regarding solid waste is one that allows the county to send a letter saying they may no longer haul trash if they are caught doing so without a license. However, it does not extend to the county authority to fine or otherwise punish people when they are caught in violation of that rule.

It was agreed upon that prior to the next regularly scheduled meeting, they would come up with a list of possible criteria for an ordinance.

Bobby Bunch also addressed the Court to see if funding is available for a bucket truck. Bunch said that many trees needed to be cut, but that he and his staff could not do so without a bucket truck. He further stated that he had located a seemingly suitable truck that he wanted to look at.

The court made a motion to allow him to look at the truck, and purchase it if it was suitable, before the next meeting.

Two community members whose terms have expired were reappointed to the Metcalfe County Extension District Board; Chris Huffman and Ann Jones. Both will serve another three year term.