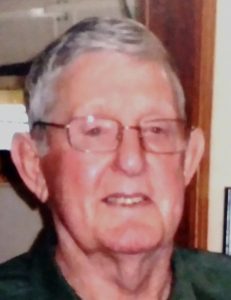 MT. STERLING – Royce Boston, 90, died Tuesday, January 12, 2021, at Edgewood Estates in Frenchburg. He was born in Edmonton, Kentucky on January 5, 1931, to the late Eugene and Eudora May James Boston.

Royce was a lifelong resident of the Gateway area. He was of the Jehovah Witness faith. Royce was a veteran of the United States Army. He was a retired carpenter. He enjoyed watching World Series baseball and was considered a jokester. He was a hard worker and passed on his great work ethic to his boys. He will be dearly missed by his family and friends.

In addition to his parents, Royce was preceded in death by his wife, Dixie White Boston, and eleven siblings.

No Services at this time. Arrangements are under the direct care of Coffman Funeral Home & Crematory. Guestbook at: www.coffmanfuneral.co