“Carol gave me her letter of resignation earlier this month,” said Judge/Executive Harold Stilts, who read the letter aloud.

“We are celebrating a milestone with Carol, thank you Carol for a job well done.”

As a result of Chaney’s midterm resignation, another clerk had to be appointed until the term’s end in 2022.

Judge/Executive Harold Stilts appointed Shannon Fields, who has been an employee at the Clerk’s office for many years.

Fields and employees of the office were sworn in by County Attorney Barry Gilley, in a ceremony last Monday.

Chaney, who said she was looking forward to spending time with her grandchildren, spoke highly of her replacement.

“You all won’t even know I’m gone, these ladies know what they are doing and Shannon will do a good job of leading the way,” said Chaney. 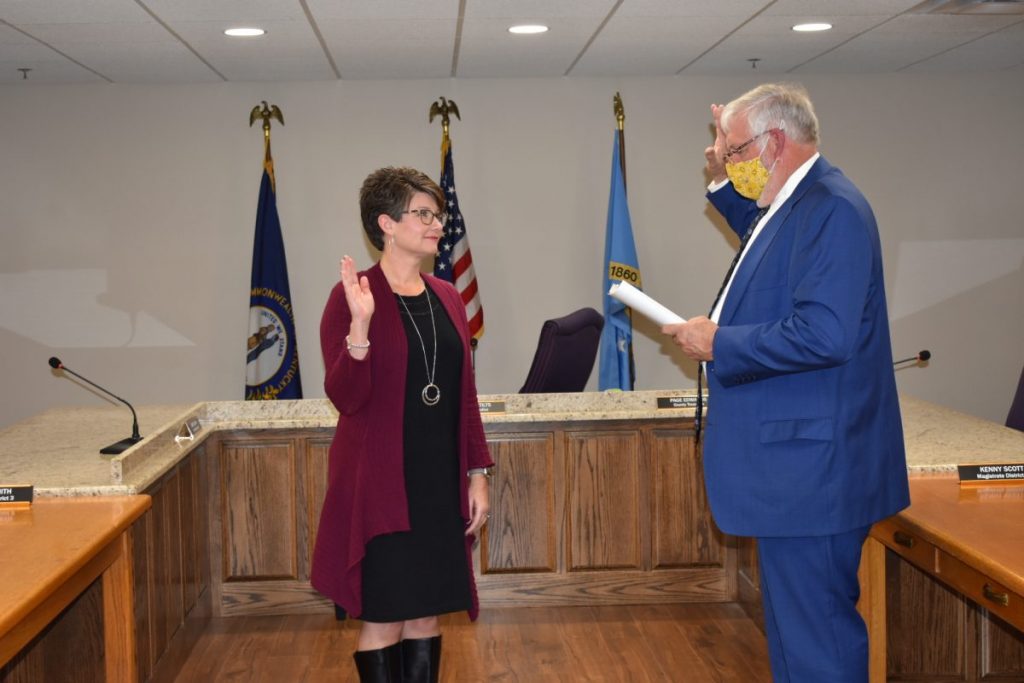 County Attorney Barry Gilley swore in Shannon Fields as County Clerk at a brief ceremony on December the 28th. She will officially take office on January 1, and complete Chaney’s term.