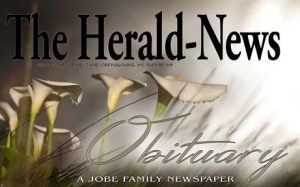 He was the husband of Jill Acree Harper, who survives. He was the owner of Harper Well Services and attended Belleview Church of Christ.

Preceding him in death besides his parents, was one son, Jerry Paul Harper, and sisters, Liz White and Norma Watson.

A memorial service will be held later. McMurtrey Funeral Home is assisting the family.