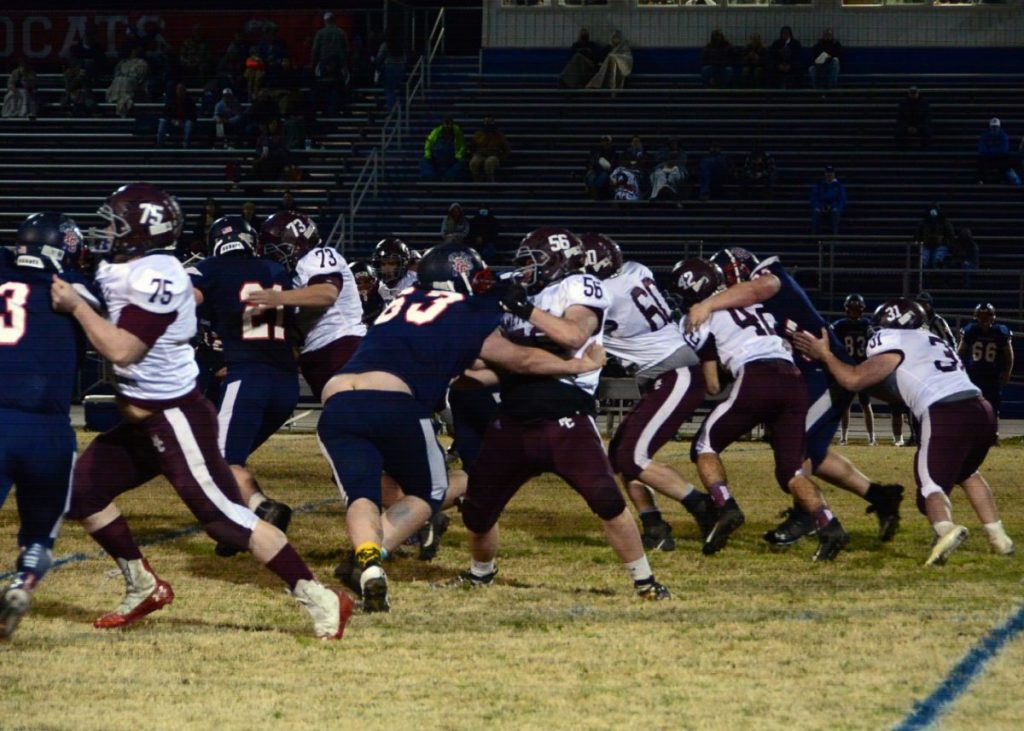 The power blocking of the Hornet offensive line and the tenacity of the Hornet defensive line were two of the reasons for the Metcalfe’s success on the football field in 2020. Photo by George Katchak Jobe Publishing Photographer

The Metcalfe County Hornets ran into a high school juggernaut when they traveled last Friday night in the Class 2A 2020 KHSAA Commonwealth Gridiron Bowl quarterfinals to face Lexington Christian. The Eagles easily defeated the Hornets 43-13 to advance, ending Metcalfe’s season at 6-3.

The Hornets got some bad news early in the week and were without the services of senior running back, Gabe Zurmehly, who was injured in the district championship game in the third quarter. Zurmehly was the Hornet leading rusher and one of their top tacklers on defense, but it was not just his stats that were missed. He was one of the team leaders.

Zurmehly will go down as one of the leading running backs in Metcalfe Hornet football history.

Coach LJ Harbison and the Hornets were still hungry and confident heading into the game. Devan Alderson had proved throughout the season that he was a running back to be reckoned with in the Hornet backfield and the team knew Zurmehly would be on the sideline providing encouragement to his teammates.

The Hornets also knew that the Eagles would be a challenge.

There is clearly a reason Lexington Christian is the top-ranked 2A team. They defeated Somerset 42-35 to claim the 2A District 4 title. During the regular season, Lexington Christian knocked off perennial football powers, DeSales, Lexington Catholic, and Danville. The Eagles had eight wins and only one loss when they took the field against the Hornets. The lone loss (40-6) was to 5A Fredrick Douglas.

The Hornets exacted a sweet measure of revenge against the Edmonson County Wildcats to reach the Lexington Christian contest. The Hornets tamed the Wildcats 34-27 to claim the 2A District 3 Championship and advance in the KHSAA State Playoffs. Harbison said the Hornets were getting a chance to play on “the big stage.”

The Eagles took the opening kickoff and scored on a 38-yard run with just two minutes gone in the first quarter. They missed the extra point kick but that was about all the Eagles missed for the remainder of the game.

Lexington Christian scored again with 8:58 on the clock for a 13-0 score. The Eagle defense scored on a tipped Hornet pass. The Hornets trailed 19-0 and the rout was on. Rudy Wisdom did prevent the Eagles from converting the two-point conversion.

The Hornets were able to put together a drive on their next possession. Alderson rushed 15 yards to give MCHS a first down on the 41-yard line. Facing fourth and four, Harbison called a timeout recognizing the importance of his teams’ drive. Quarterback Peyton Dial connected with senior receiver, Sawyer Edmunds for a first down on the 20. Alderson rushed to the 17 and after a pass interference call on the Eagles against Wyatt Blythe, MCHS had a first and goal on the 7-yard line.

Blythe could have walked into the end zone for a score had he not been held. A trick play failed, and the Hornets were moving in the wrong direction back to the 17-yard line. The Hornets 4th and goal conversion also failed, and the Eagles took over on downs.

Metcalfe was able to get on the scoreboard in the second half. Dial connected with Edmunds on two touchdown passes and Dakota Shaw converted one PAT to give the Hornets 13 points.

Edmunds, like Zurmehly, is a senior and had an outstanding career at MCHS. Zurmehly has played Hornet football for four years and Edmunds for three years.

The other four seniors listed on the official KHSAA website that will have their Hornet football careers come to end are Aiden Laws, Acea Young, Michael Verhage, and Jayden Perry. The leadership provided by all the seniors during this COVID 19 crazy season will be remembered.

Blythe made the final catch and play to end the game as time expired for the game and a successful MCHS season. After a narrow defeat against Campbellsville, Metcalfe reeled off five straight wins propelling them to the district title. Those five victories included two wins over rival Monroe County and the revenge win over Edmonson.

Coach Harbison and the Hornets went 1-9 last season and turned it around this year to capture the 2A District 3 championship and go 6-3 overall and 5-1 in district play. Congratulations to the Hornets for an amazing year in a difficult season stretching all the way back to the summer and the question if they would even play football in 2020. 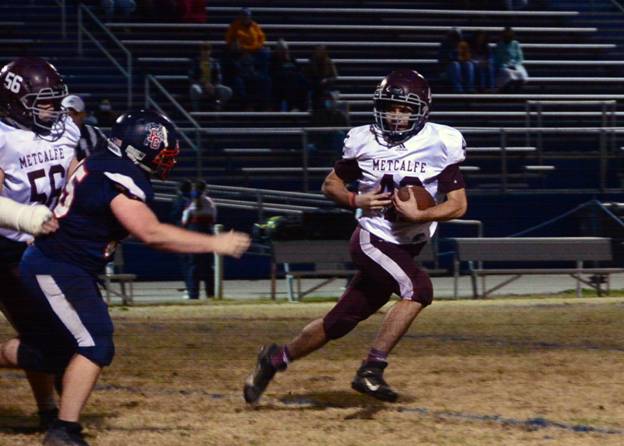 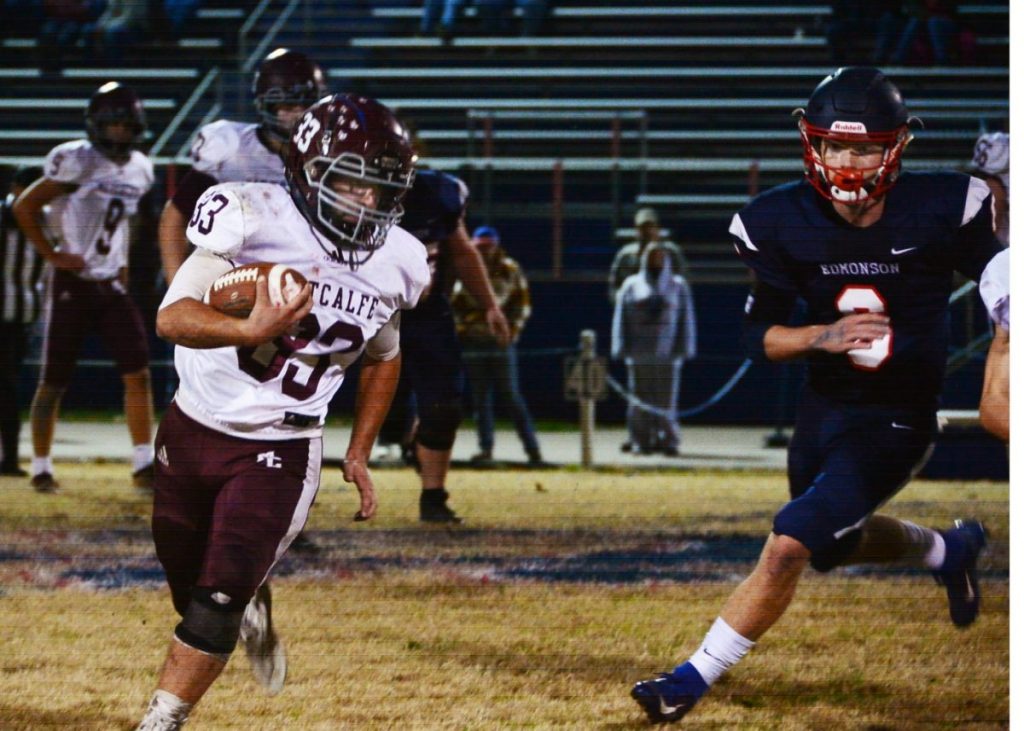