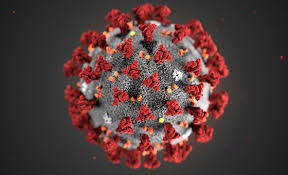 In the wake of last week’s strict mandate announcements, responding to what the BRDHD calls an overwhelming number of cases, many planned events were cancelled.

For example, the annual Christmas Parade has been cancelled.

“All contributions to this year’s parade are greatly appreciated and will be returned. The Board of Directors is looking forward to a better year in 2021 and plans to conduct events as in years past.”

Schools and small businesses are also adjusting the sails in order to meet new requirements.

According to the governor’s directives, all public and private schools must cease in-person education. Middle and high schools must remain closed until at least the 4th of January, while elementary schools may reopen in early January if the schools are not in a red zone. These timelines are subject to change.

Small businesses such as restaurants may suffer financially, however, the governor is allotting CARES Act monies for recovery.

Some eateries are choosing to close altogether while others have opted to offer take-out.

Under the governor’s new mandate, no Kentucky restaurant is allowed to be open to in-person dining.

“We will be closed for inside dining for at least 3 weeks. We will only be serving take out and curbside,” said Tammy from the Lighthouse Restaurant.

As far as Covid cases go, across the state numbers are on the rise. As of press time, Metcalfe County had a total of 327 cases, with 240 recoveries, and two reported deaths. The Barren River District Health Department has a confirmed total of 11,473 cases in the region, with 9,524 recoveries.

“Please use your common sense,” said Emory Kidd, Director of Emergency Management. “A person can take a few steps to reduce their likelihood drastically. Masks, hand washing, gloves, and sanitizer. The other thing I would remind people of is that just because restaurants are closed, you can still order food.”