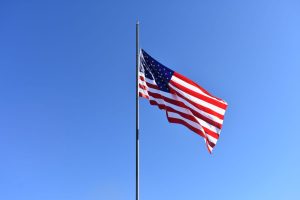 High atop a knoll on the outskirts of Edmonton near Industrial Park Drive, a crowd gathered last Thursday to commemorate a momentous occasion.

Sumitomo (SEWS) and the City of Edmonton have been working hand in hand on a project for nearly a year that came to fruition in the form of a 25 ft. by 40 ft. American flag.

“This is a glorious day for us,” said Division General Manager, Keith Beckham. The placing of the flag is a celebration of Sumitomo’s 30 years in Edmonton.

Beckham said that when the company was scouting for locations for a new plant thirty years ago, Edmonton was appealing because of its long history in the garment industry and workers familiar with those tedious tasks.

It was the fourth Sumitomo built in America.

Beckham said that once the facility was built, the company discovered there were so many positive aspects that made this the right place because both the workers and local officials were eager to work and work together.

“It is a pleasure to work with such wonderful people,” he said. “I don’t think there could be a more special place to put this flag.”

The flag and placing of the flag were funded by Sumitomo. Beckham said that when they started looking for ways to give back to the community for thirty years of excellence, that it was Gretchen Bandy who came up with the idea and was an instrumental part of the project, along with other employees and local officials.

Mayor Doug Smith also spoke, saying the community is thankful for the opportunities Sumitomo has offered residents of Metcalfe County. He also spoke of the importance of the flag’s symbolism for America by quoting President Ronald Reagan:

“Freedom is never more than one generation away from extinction. We didn’t pass it to our children in the bloodstream. It must be fought for, protected, and handed on for them to do the same, or one day we will spend our sunset years telling our children and our children’s children what it was once like in the United States where men were free.”

The flag can be seen from afar.

“It is our hope that when people drive down the road and see this flag, they are proud of our nation,” said Beckham.

The MCHS Band led by Thomas Fenwick played and once the flag was raised, the ceremony closed with the Pledge of Allegiance by the MCHS Sea Cadets, and a prayer by Col. Bill Lytle. 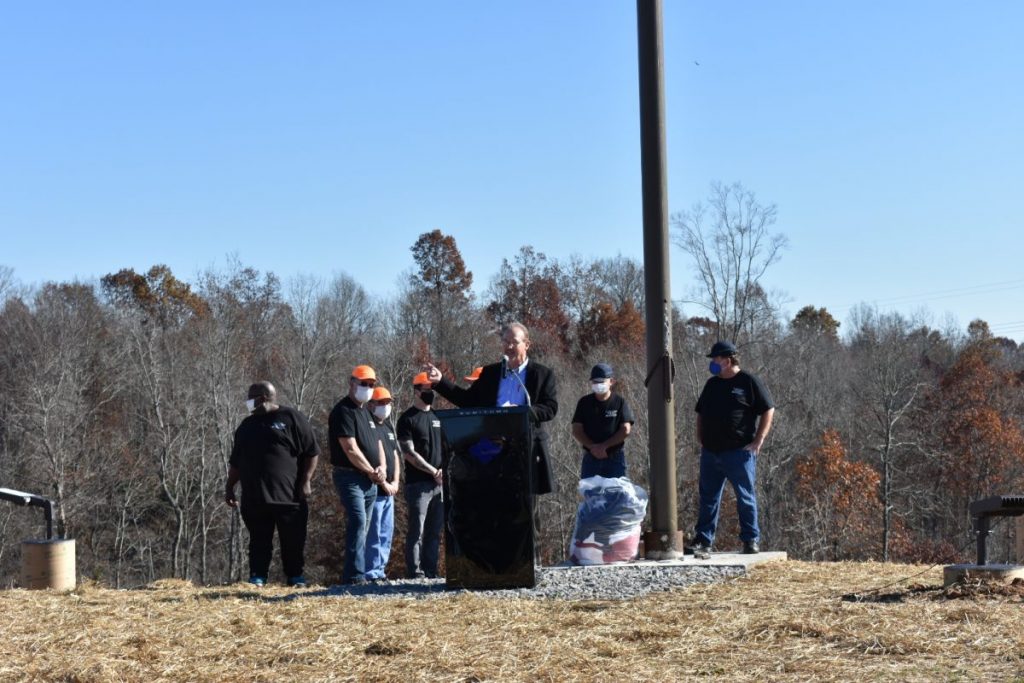 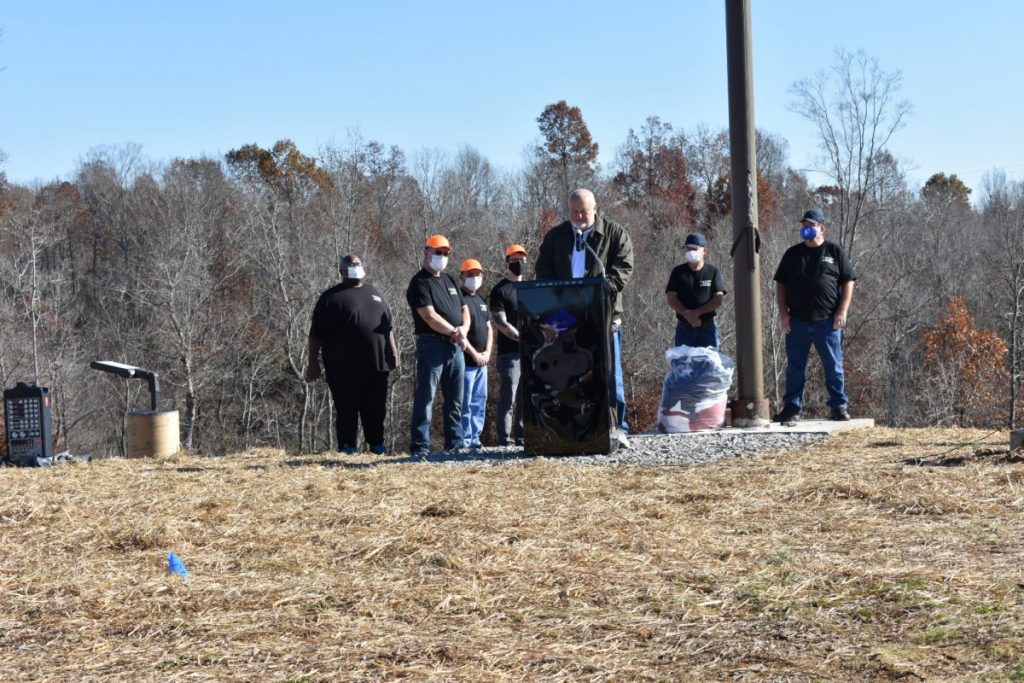 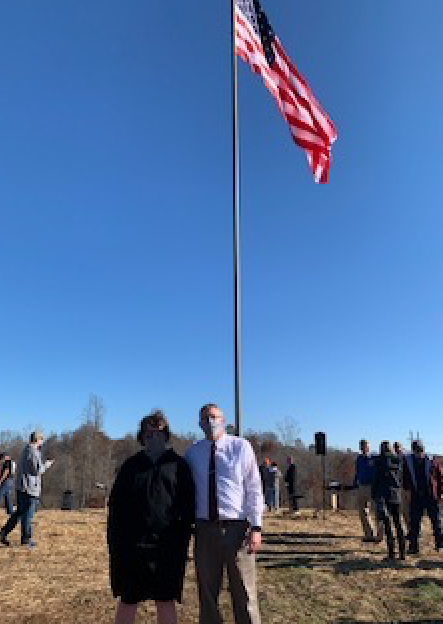 Superintendent Josh Hurt and his son Brody, who is part of the Hornets’ News Network, which filmed the momentous occasion for posterity. 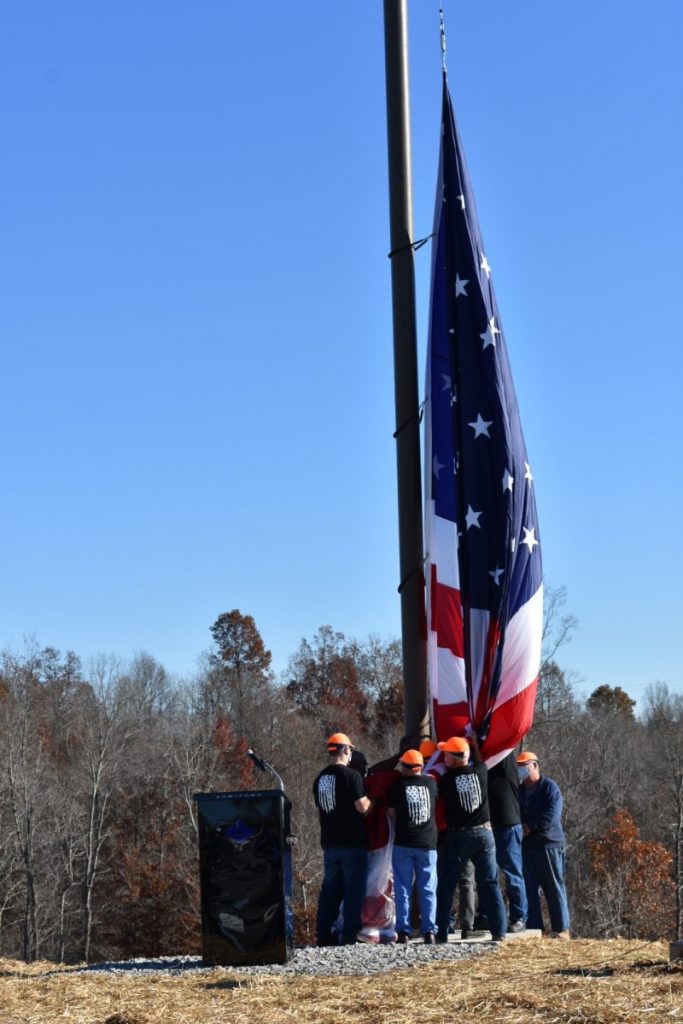 The rising of the flag. 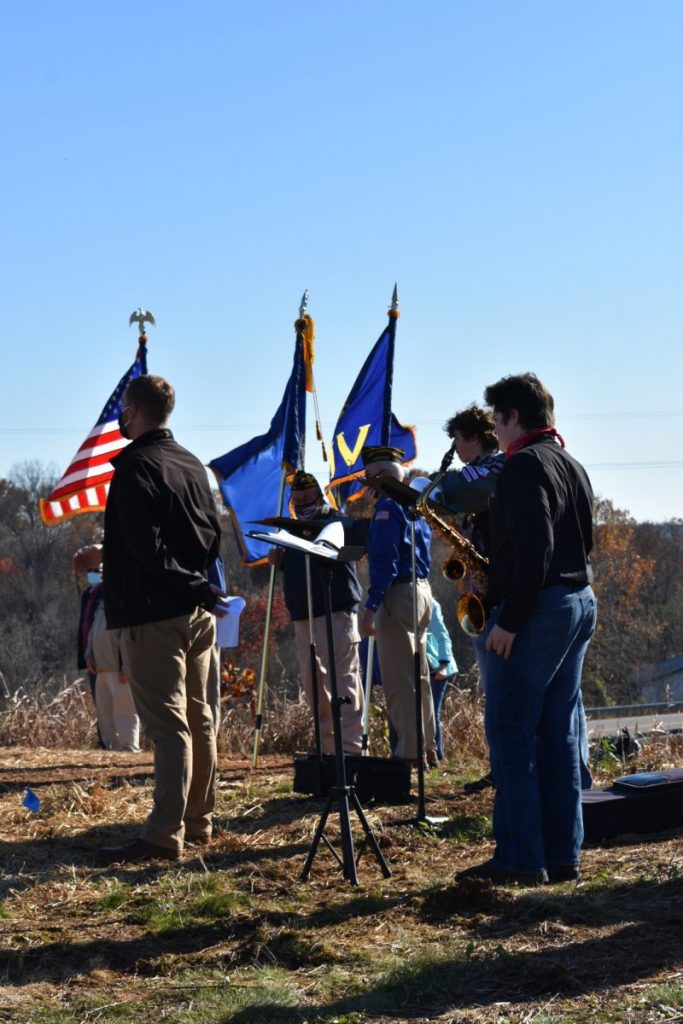