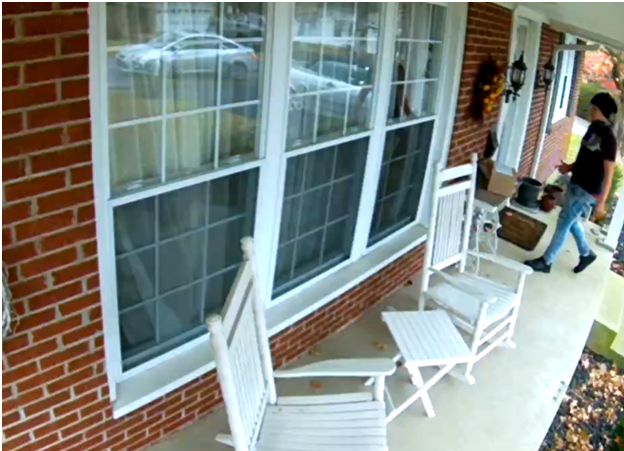 Seen above, a young man steals a package from a Glasgow resident before fleeing in a silver car, seen on the road in the reflection. Picture submitted.

Porch Pirates on the rise in Glasgow
Steven Reneau

Every year as Christmas draws near, in an effort to make shopping easier people flock to online options. The convenience of online shopping has only grown in recent years, especially with offerings like Amazon Prime which comes with two-day free shipping.

However, the convenience can often come with considerable risk.

When dropping off your packages, many delivery services will leave your items at the front door, making them susceptible to porch pirates.

Porch pirates, who are thieves that steal packages after they have been dropped off, surge every year around the holidays. It has been speculated that porch pirates stole over five billion dollars worth of packages last year.

Unfortunately, Glasgow resident Clint Powell has seen firsthand just how easy it can be for porch pirates to strike.

But for this porch pirate, things did not go quite as planned. 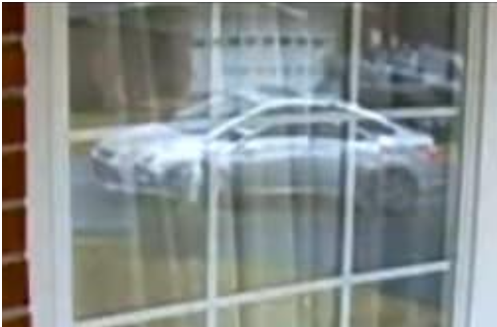 The vehicle the suspects fled in can be seen in the reflection of a window captured on security footage. Picture submitted.

On Tuesday, November 10, Clint took to Facebook and shared security footage of the theft at his home that shows one young suspect approaching the porch before grabbing multiple packages and fleeing to a silver car waiting in the street. As the thief makes their exit, they slip and fall before jumping into the vehicle, which speeds away. The theft occurred at 3:23 p.m. at Clint’s home at Maplewood Place.

The remnants of the packages were located on Jefferson Street, near Washington, in Glasgow. Among the boxes were packaging for a different resident’s items that was also located, suggesting the thieves had been active for some time. Clint believes the thieves may have been shadowing a UPS vehicle and urged anyone that may be expecting packages to be on the look out for the porch pirates.

The Glasgow Police Department was contacted by Clint, and he asks that anyone who may have information about the thieves contact the Police Department and reference incident number 20M53908. Officer Jeff Wright is the investigating officer.