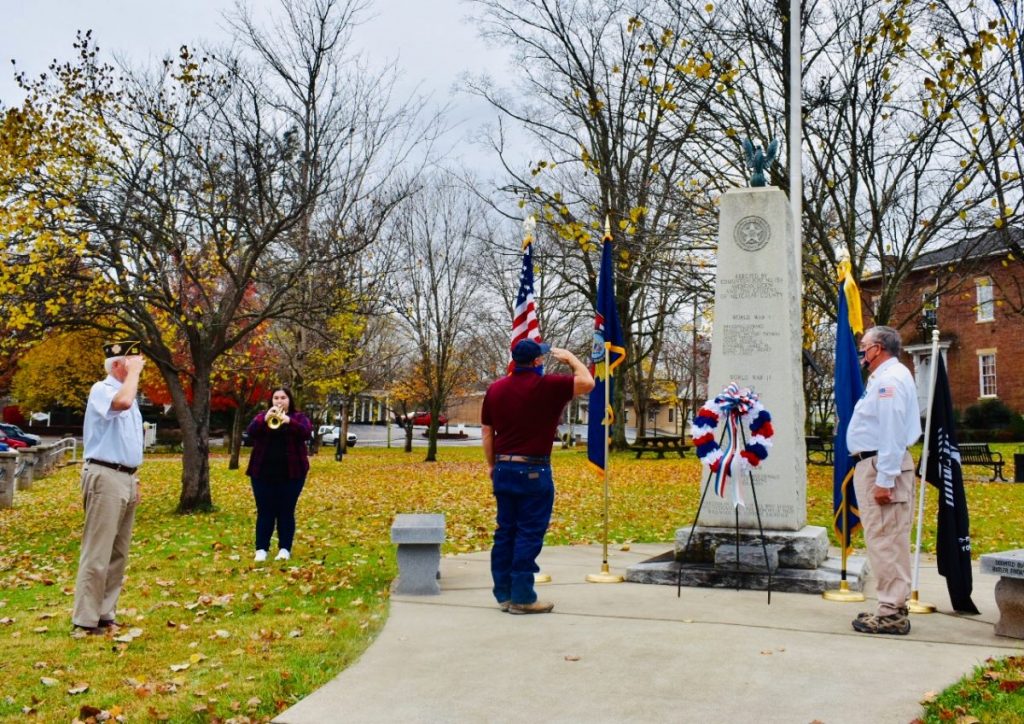 The placing of the wreath.

For the second year in a row, the Piecemaker’s Quilt Guild went to great efforts to design, sew, and quilt a selection of American-themed quilts for veterans who were nominated by loved ones.

Prior to the presentation of quilts, Colonel William Lytle opened the program with a prayer. “We ask for strength, comfort, and guidance at this time,” Lytle prayed. “And that peace will prevail between nations.”

He then spoke about the history of American veterans, and of how Veterans Day was founded in 1954.

Candy Shirley, Becky London, Connie Jeffries, and other members of the quilting guild presented quilts to the following recipients:

The youngest recipient is 75, while the oldest is 90. George Pines sadly passed away between the time of the nomination and last week’s ceremony.

Each of these well-deserving recipients has a record of outstanding military service.

For one recipient, Col. Lytle, the honor of having a quilt presented to them was a complete surprise.

Connie Jeffries presented him with his quilt and detailed his illustrious military career and mile-long list of other accolades, for his philanthropic pursuits and community-minded spirit.

“Receiving this magnificent quilt was a total surprise. It is truly a work of art which will be a prized family heirloom for many generations to come,” said Lytle.

“The Piecemakers Quilt Guild’ members are making a major contribution in our community by recognizing veterans that, while not forgotten, are sometimes not fully remembered. I wish to thank all who contributed to this effort, with special thanks to Becky London, Connie Jeffries, and Candy Shirley. You are truly amazing people. Thank you, thank you.”

Following the presentation, the group move to the historic courthouse square where a wreath was placed at the monument and Taps was played in honor of fallen soldiers. 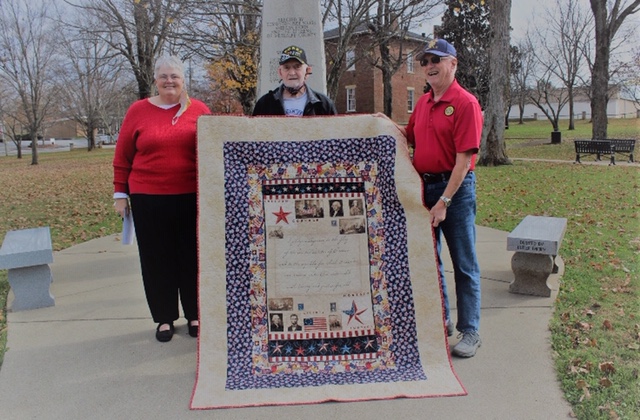 Ron Devore was not at the ceremony. Bill Lytle and Candy Shirley presented Ron his quilt. The quilt was piece by Charlotte Atkins and quilted by Colleen Ewing. 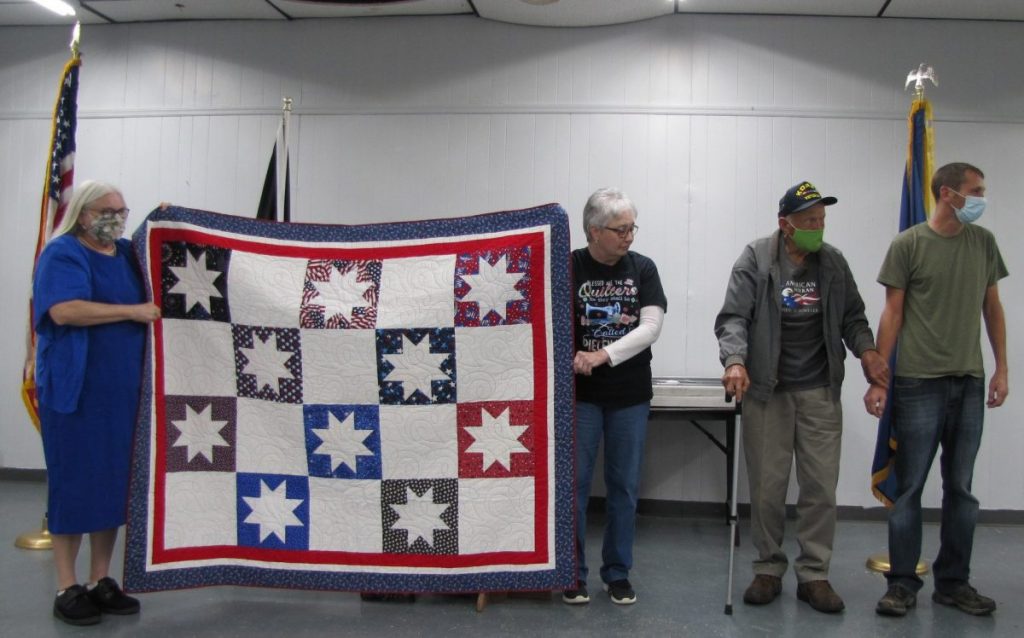 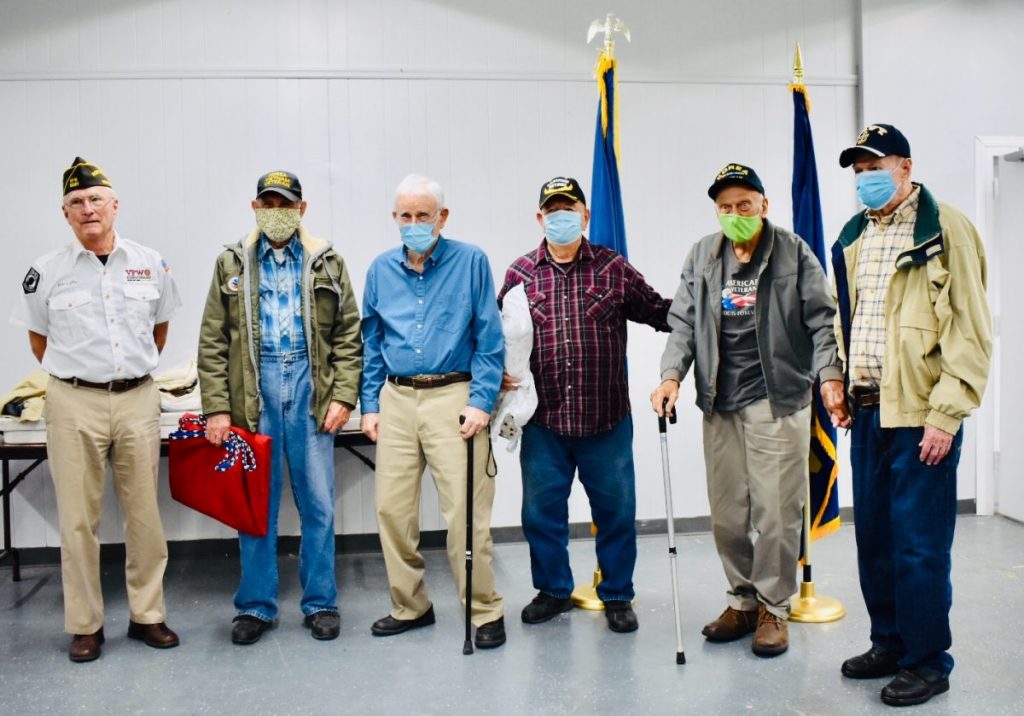 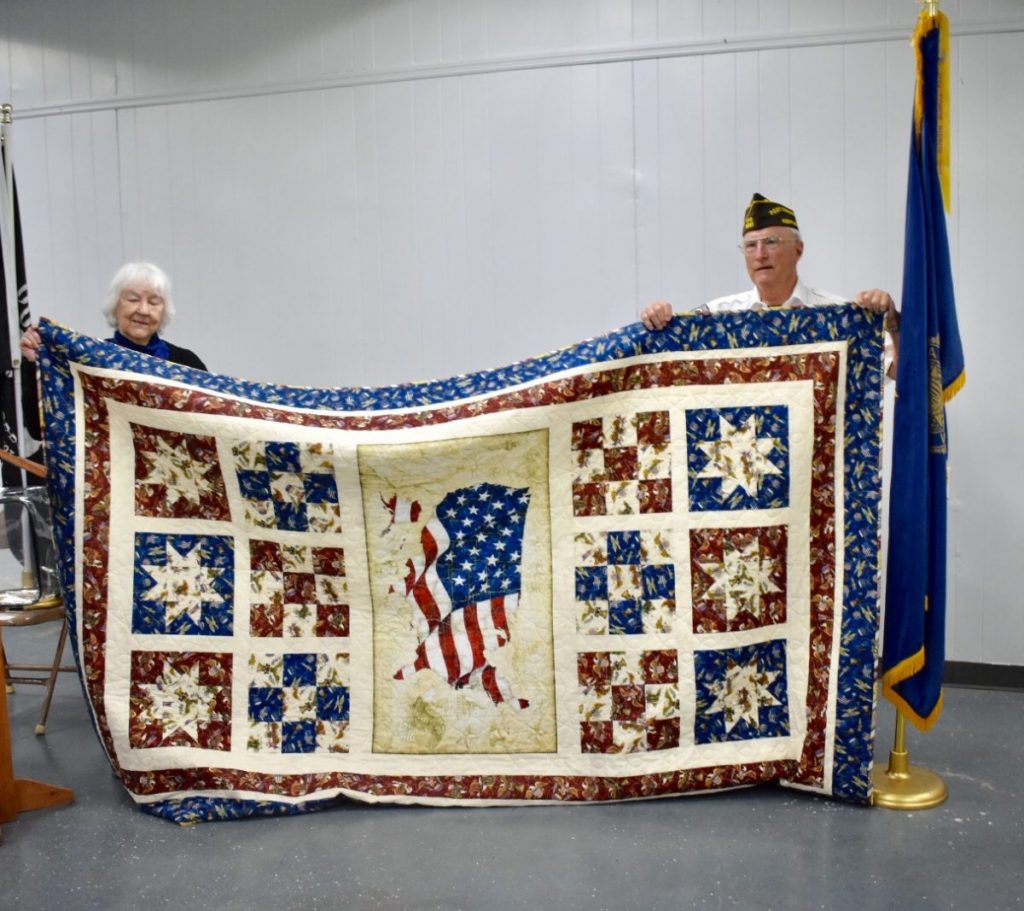 Col. Lytle and his wife Myra display the quilt presented by the guild.