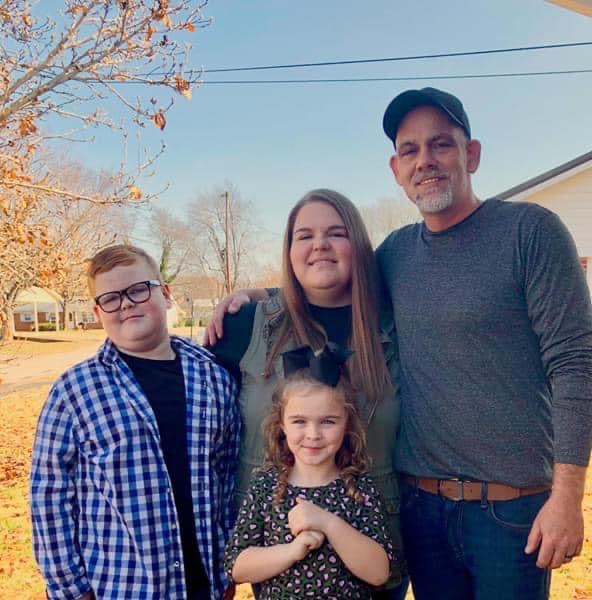 November is National Epilepsy Awareness Month. This is John’s story.

John Elmore was a man full of love and kindness.

His wife, Laura Elmore, described him as having a heart of gold and an undeniably sincere spirit.

“John was the most caring person I have ever met,” Laura said. “He was always willing to help someone. He had the most genuine laugh and his smile was infectious. He was always happy. He would do anything to make someone laugh…He found joy in the smallest things – playing basketball with his kids, taking a walk in downtown Horse Cave, enjoying nice weather, or sitting around the fire pit. He never let small things bother him. John was a laid back, go with the flow type of person.”

But life wasn’t always perfect for John. Unless you truly knew him, you would never know the struggles he faced.

John was born premature and experienced seizures during his first early years of life.

“When he was six, he experienced severe brain and head trauma which resulted in his epilepsy diagnosis,” Laura said. “He battled with epilepsy the remainder of his life.”

Unfortunately, John’s epilepsy led to his passing on August 23, 2020.

Epilepsy is a neurological disorder in which nerve cell activity in the brain is disturbed, causing unpredictable seizures. It is also considered a physical condition because the body is affected when a seizure occurs. 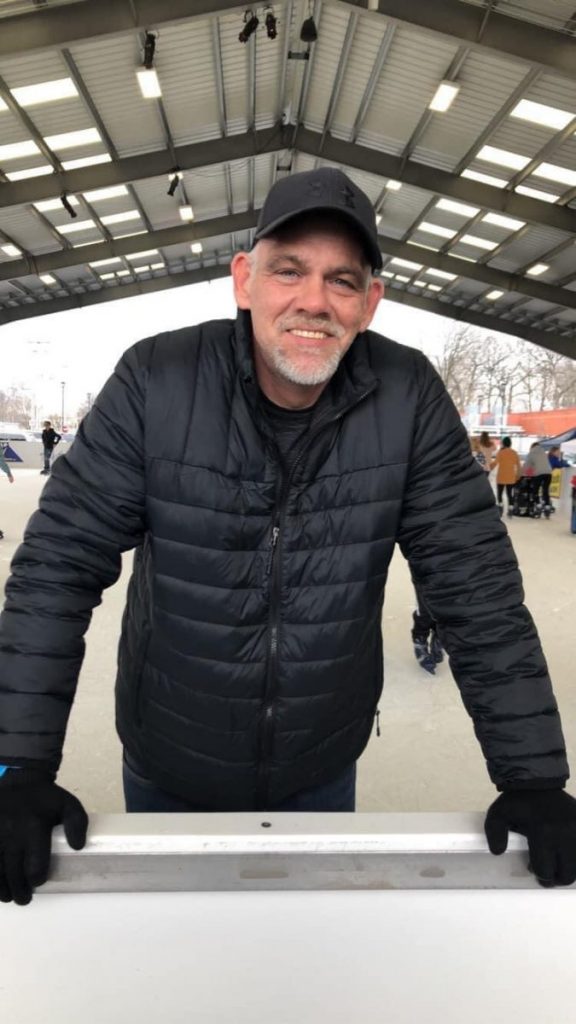 John Elmore was described by many as a loving and kind-spirited person who was always willing to help others. Photo submitted.

According to the Epilepsy Foundation website, seizures and epilepsy are not the same. A seizure is an event, while epilepsy is the disease involving recurrent and unprovoked seizures.

Affecting people of all ages, epilepsy is the fourth most common neurological disorder. Approximately 65 million people around the world have epilepsy, with 3.4 million of those people residing in the United States.

John had tonic-clonic seizures, also known as grand mal seizures, which caused convulsions and a loss of consciousness. On average, he experienced one seizure per month but was unable to know when a seizure was about to occur.

Although many people with epilepsy can be successfully treated, treatment does not work for everyone. As stated on the Epilepsy Foundation website, one-third of those diagnosed with epilepsy live with uncontrollable seizures because there is no available treatment that works for them.

John sought treatment from numerous providers and was seen by several neurologists including those at the University of Louisville Hospital, University of Kentucky, and Vanderbilt University Medical Center. Unfortunately, in 2017 John was considered medication resistant, meaning medication was no longer a treatment option for him.

“Over the years, John had tried numerous medications and combinations of medications which would help for a short amount of time, and then his body would resist the medicine,” Laura explained. “He participated in clinical trials and spent several weeks in the hospital for observation to pinpoint what part of the brain was producing the seizures in hopes of one day going forward with a brain surgery. He was evaluated for a vagus nerve stimulation (VNS) implant. Ultimately, it was determined that medication, brain surgery, and a VNS implant were not options for John. His sole option was only to manage living with epilepsy.” 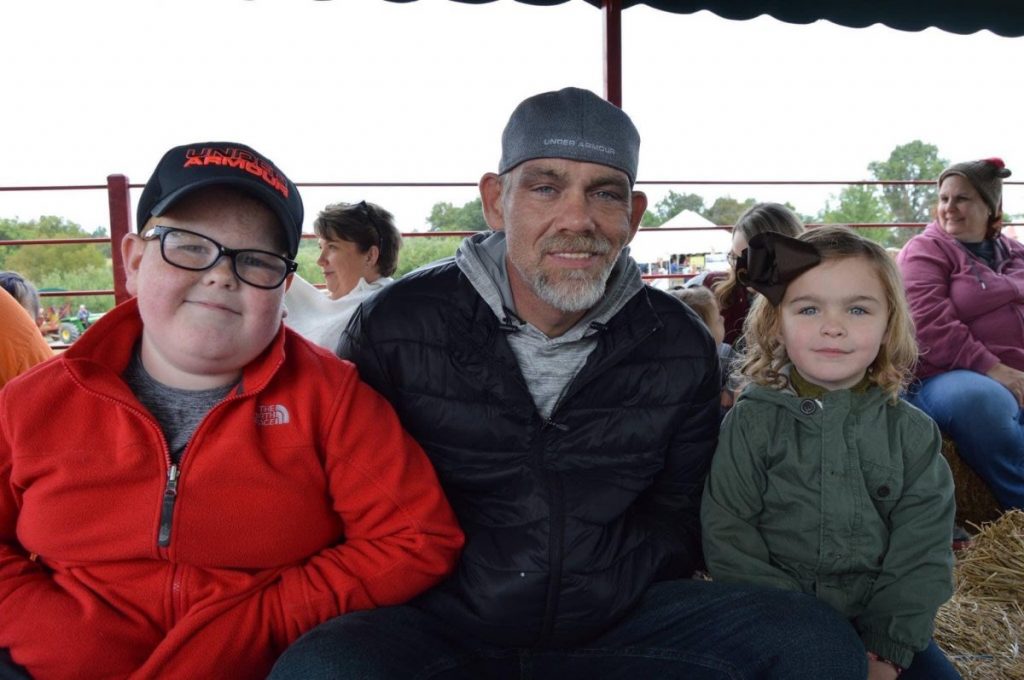 John Elmore, center, was a kid at heart and very involved in the lives of his children, Evan and Charli. Photo submitted.

Watching John struggle with epilepsy was heartbreaking for Laura.

“Every time he had a seizure, no matter that it had been a part of my life for the last 13 years, it would still make me nervous and sick every time I witnessed him have a seizure,” Laura said. “Every time I would get a phone call from an unknown number, I would wonder if it was someone calling to let me know John had a seizure. There were so many times I would get those phone calls and only know that he was on his way to the hospital by EMS, not knowing if he was okay or the details of what happened.”

For those who saw John, they would see a seeming normal and healthy 40-year-old man. However, epilepsy is an invisible illness to many, an illness that John battled daily.

“Epilepsy is so much more than just seizures,” Laura said. “It’s routine ambulance rides and ER visits. It’s a constant worried family. It’s assessing the scene when you’re in public, just in case. It’s being discouraged when no one can help you. It’s the judgement when people don’t understand why you can’t just take medication and cure it. It’s worrying about next time and what if the seizure is worse, or even worse than that when there is no next time. Epilepsy literally controls your life and the people you’re close with.”

But despite the struggles her husband faced, Laura said that John did not allow the seizures to dictate his life. Other than not being able to drive, John lived a very normal life and was able to do the things he wanted for the most part.

John was a diehard sports fan, having cheered on the Detroit Lions since he was a little boy.

“Sundays revolved around football,” Laura said. “He could tell you statistics from almost any player in the NFL. He was also a Louisville fan. He loved football and basketball season, but would watch any sports.”

John also enjoyed music and could often be seen with headphones in. From current hits to 90s country to R&B, he loved it all.

“John also loved playing with our dogs, Nala, Yoda, and Cash,” Laura said. “Yoda, a French bulldog, was literally his baby. He would carry him around our house. John loved to be outside. When the weather was nice, you couldn’t keep him inside. He loved watching the Avenger movies and the TV show Impractical Jokers. He was a candy fanatic and loved eating chocolate and gummy bears.”

But above all, John was a loving husband to Laura and a dedicated father to their children, Evan and Charli.

“He was always very compassionate, kind, and loving. He would tell me numerous times a day how much he loved me,” Laura said. “On my worst days, he would always make me laugh and could always cheer me up. I’m a social worker and often times that meant my life at work was stressful. I get calls all hours of the day regarding work, and he was always supportive of that. If I had to step away to handle something for work, John jumped right in and took over whatever was going on at home. If I was cooking dinner, he loved to be right beside me helping. He would clean the house, do the laundry and the dishes, and still do all the outside tasks. He knew what I was thinking before I said it. He was my person.”

“John was a great dad,” Laura added. “He took interest in whatever the kids enjoyed.  He loved to be outside playing basketball or football with Evan. He would watch Charli flipping and tumbling in the yard while he cheered her on. He would play PS4 with the kids. He literally would do whatever they wanted him to do. He was such a kid at heart.” 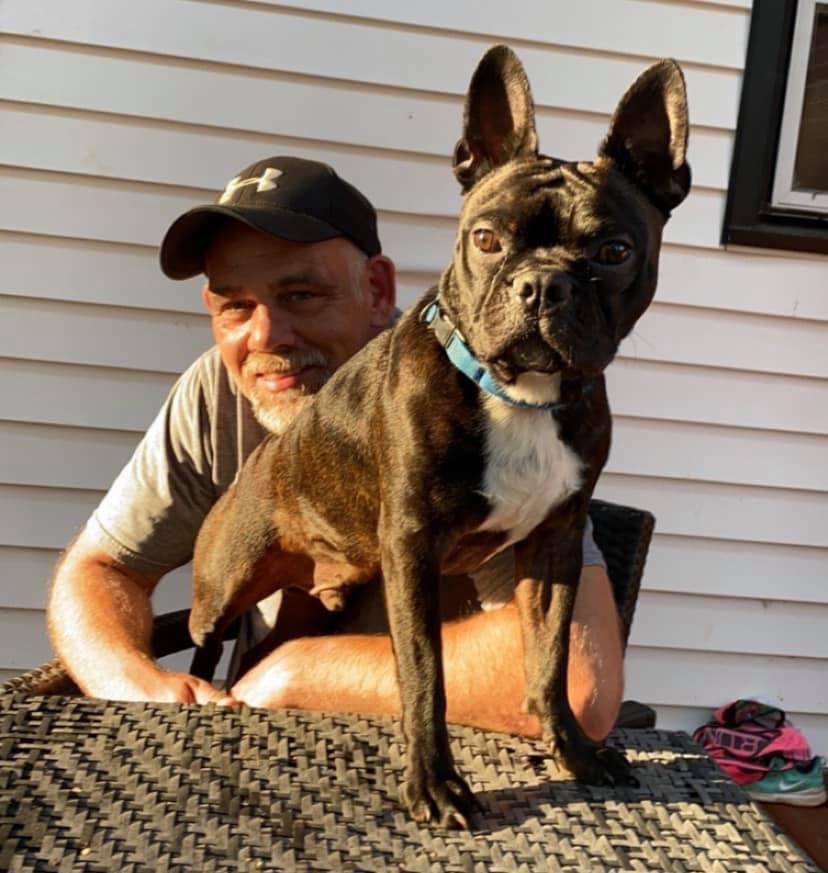 John Elmore was a Detroit Lions fan, enjoyed all types of music, and loved the family pets, including Yoda the French bulldog. Photo submitted.

Not only was John the light of his family, but he was also well known in the community, especially in Horse Cave.

“He loved to walk downtown and talk to people,” Laura said. “He would go to the gas station by our house daily to get coffee. He would stop in the Dollar Store just to say hey to the employees. John helped all of the older neighbors in our subdivision with yard work, painting, or any tasks they were unable to do. He loved to help.”

“He was especially known by the Caverna Medical Center staff, as well as the EMS staff,” Laura continued. “They always went above and beyond for John and our family. At the funeral home, so many people told me how John impacted their life- how he would check on them when he knew they were in a rough spot, how he would stop by and mow their grass if he knew they were busy, how he would sit and buy them a coffee.”

After his passing, a phrase was used honor of the kind of person that John was: “Be like John. Love hard.”

Laura stated that this phrase very much represented who her husband was.

“He was always quick to hug someone,” Laura said. “He never left or got off the phone without telling you he loved you. He loved his family, his kids, his dogs, sports. He loved life. We always joked that he could meet a person and in minutes be in their wedding. John is the type of person that everyone loved.”

Losing John has been very difficult for Laura and their children.

“It is absolutely heartbreaking to see your children cry over losing their dad,” Laura said. “It’s devastating to know that the amazing life we once had will never be that way again. It pains me to know that my kids will not have their dad at their graduations, weddings, or major life events. It saddens me to know that my best friend that I was lucky enough to share my life with is gone forever. A part of us will always be missing.”

For others who are dealing with epilepsy or for the loved ones of those who are, Laura encouraged everyone to keep the faith and keep pushing for treatment options.

“They are not alone,” Laura said. “So many people are battling epilepsy, yet you very rarely see it mentioned. We always felt very alone in the struggle, and it seemed like few people understood. Epilepsy is a very common illness, yet it gets very minimal recognition.”

There is still an urgent need for more research, better treatments, and a cure for epilepsy. More information can be found on the Epilepsy Foundation website at www.epilepsy.com.

Epilepsy: it is an often misunderstood illness that can cause heartbreaking tragedy. But if there is anything that can be learned about life in the midst of such struggle and loss, let it be this: Be like John. Love hard.