I miss the best editor I ever had, my mother.

She based the foundation of her critiques on a theory in which she lived her life, “It’s better to be nice.”

She lived her life devoted to her three children, never being the one to initiate a disagreement and she witnessed to me many times by walking away from arrogant rude people which we all know can be found in small towns.

Looking back I have come to realize the only time I saw my mom not walk away was when left with no other choice or defending someone else.

Until losing her last year, it was routine for us to discuss my work.  Whether something she read that I had written or me sharing thoughts on something I was about to write, our Sunday afternoon phone call was sincere and left me feeling she was interested in me and my work.  We talked most every Sunday since I left for college and I miss those conversations terribly.

Most of the time she would share my position and even referenced how someone in the community read something I had written and they complimented my work as well.

However, a few times my work would not sit well with her and they all centered around controversy.  Like any parent she would worry about me and ask why I felt a need to stand alone.  In time she accepted my belief that it was my job to do this and if I didn’t it wouldn’t be done. She would then simply say, “Do all you can to encourage people to fix it before ever writing about it”.   Sound advice from a parent in any circumstances and one by which I have strived to manage my career.

This past week’s headline of “Tag you are not it”, could have initiated one of those brief discussions and it might not have earned her favor.

Of course I could detail how I have bent over backwards to get all involved to come to the middle and put an end to this controversy.  She wouldn’t have an issue with our coverage because we have proof we asked numerous times to fix the problem quietly.

Among my first writings on this subject I shared my belief that it is the job of those in charge to fix this or they need to be replaced.

Perhaps what she would be most proud of is that I, and this newspaper have once again withstood terrible untruths and attacks about our work. We spoke often over the years that truth does prevail and this too was part of the foundation for her parenting message.

As I have grown older I have come to realize the best inheritance we can leave our children is a good mix of, “Do as I say” messages combined with humility learned from “Doing as I do” examples.

Mom had a few moments in which she didn’t realize I was watching as a child and this is true for all parents.  We all have those moments when examples of “Do as I do” are passed along to our children instead of “Do as I say” and these are the ones we don’t like remembering.

I smile inside when I reminisce of the times I would bring one to her attention.  I say a smile because we had a good relationship, and we could discuss anything, knowing that at the end of the conversation we would share kind words and support for one another.

Accepting one’s own error in judgment is in itself a strong virtue to possess when given the benefit of hindsight.

As I look back at last week’s headline, headline alone… I feel perhaps I should have not allowed my years of training inside larger newspapers to set the tone for this headline of the front page GEPB story.

Not that it was wrong, or inaccurate in any way but instead because we live in a small community and the biggest defense against fixing this issue has been a whisper campaign and effort to publicly discredit the work we have done at the Barren County Progress.

I’m sure readers who have been with us through this ordeal realize it is nothing more than a play on the obvious.  A man’s name who on his own stood against the basis on which a community legally appoints, and manages public agencies; the majority rule.

It is not for them that I write today, it is for our new home delivery subscribers who have stopped buying from the newsstand since the pandemic and the closing of the Glasgow Daily Times.

This swing to home delivery of the BCP is indeed a blessing and one for which I want to show respect. I must guard my company against even the hint of a vindictive tone, we see it all too much in today’s news world and I don’t want this in our newspapers.

I have no anger towards any of these individuals and although I wish this issue would go away; I can think of no better example of what a newspaper is supposed to do. Understand the facts and not be afraid to report them when any among us is being hurt.

The fact is we are all tired of this mess, but it is no excuse for me to let my guard down in protecting the integrity of the work we do.  I have no intention of changing what we do, but I do pledge to better protect the process.

Thank you for choosing to read us this week. 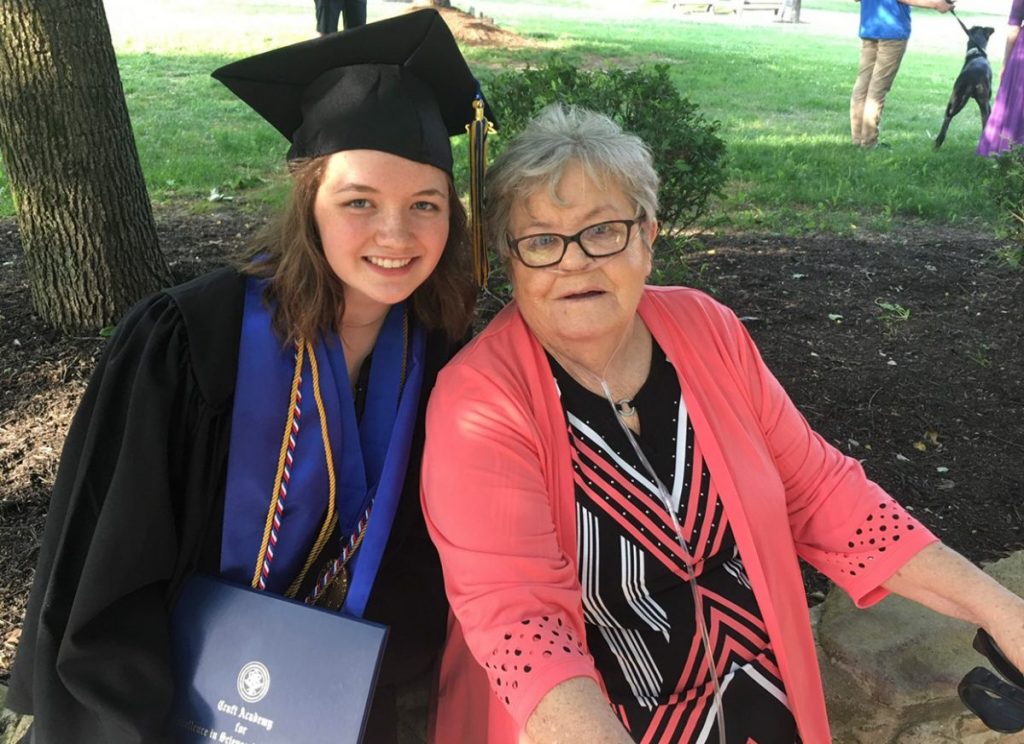 A very happy day for my mother, Helen Jobe. She got to attend the Craft Academy graduation of my youngest daughter McKenna Jobe.