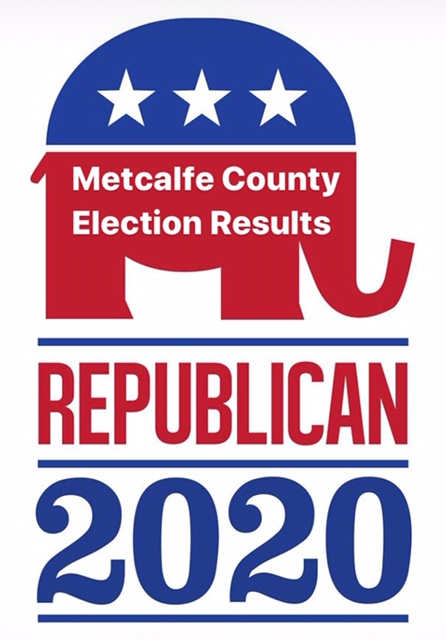 More than 5,000 voters (5,035) turned out at the polls in Metcalfe County this election cycle, and in true Kentucky fashion, there was a strong, red lead.

In the presidential race, Trump got the lion’s share of votes with 3,957. Biden got a meager 973, while Joe Jorgensen got an even more meager 56. Kanye West received a surprising dozen votes.

There were also 30 write-in votes for City Council, but those who chose to vote that way did not specify who they were writing-in.

On statewide posts, the county leaned strongly conservative as well.

In the nationally recognized senate race, McConnell kept his seat, getting 3,537 votes in Metcalfe. McGrath received 1,126 votes and Barron received 302.

Congressman Jamie Comer won with 4,034 votes, over his opponent James Rhodes who got 872; State Senator David Givens got 3,853 while Brian Pedigo got 983 votes.

State Representative Bart Rowland got 3,782, and John Pennington got 1,003 votes.

To see the entire recapitulation chart for Metcalfe’s countywide results, read next week’s paper on November 11, 2020.