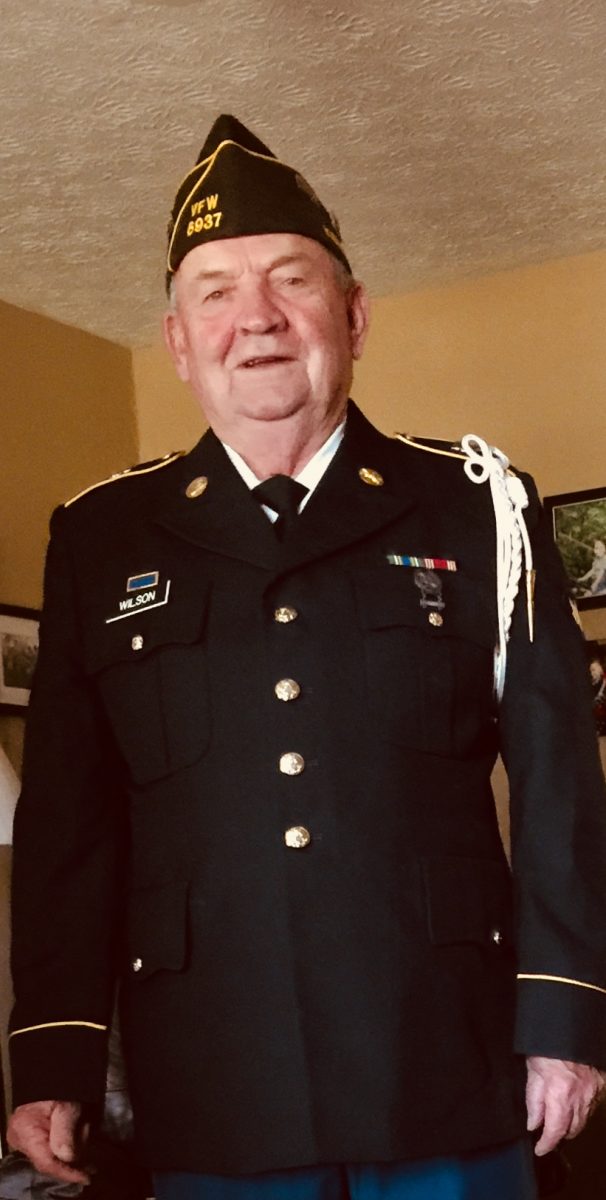 For 22 days and nights, Jimmie Randall Wilson found himself aboard a ship headed to Korea.

“It was pretty rough,” Randall said. “The Navy operated it, but they had all of us Army troops on there. They’d be calling us every day for a detail to mop or clean or paint or something on that old ship, and it was a big one. It was just rough duty.”

“The first couple of weeks (on the ship), I was so sick,” Randall added. “The mess hall was the second deck or so, and every time I’d start up that when it was time to eat, I’d get about half way up and then the smell of it. I’d get sick of my stomach, and I’d just have to go back down. It was a couple of weeks it seemed like before I could ever get my stomach settled up to where I could eat.”

An Edmonson County native, Randall joined the United States Army on January 21, 1964 at the age of 20.

“I didn’t have a job at the time, and at my age I thought I was walking pretty hard at home for my dad,” Randall said. “And I thought I could find something better. I was looking for something like that, and I felt like I felt a lot of pride going into the military. I’m glad I did it now, but after I got in there, it was pretty rough for a while, and I realized that I didn’t have it so bad at home after all.”

Randall completed six months of basic training at Fort Knox, followed by three to four weeks of advanced infantry training (AIT) before shipping out from Oakland, California to Korea. He was stationed on the DMZ line. This line, also known as the Demilitarized Zone, was a region between North Korea and South Korea.

“I was right there,” Randall said. “It was after the cease fire. It was after that, but it was still quite a bit of stuff going on…We carried live ammo because we were expecting things happening in other areas. The north was filtrating across the line. I’d hear about it, but it never happened to the unit I was in.”

“I never was shot at or anything like that,” Randall added. “It was mostly guard duty all the time. They told me I was over there, guard Frontier Freedom is what they told me. You had to be on alert all the time just about if you were out in the field and all that.”

Randall’s job was certainly one of great importance. He was a scout with the tenth cavalry and was involved in what is known as reconnaissance, the military observation of a region to locate an enemy or strategic features.

“What we were supposed to do is go out and detect the enemy and call back to the big units,” Randall explained. “Because we were a small cavalry outfit, it was just three platoons and one headquarters.”

“We’d go up there, and we’d guard,” Randall continued. “I went up there one time with the South Koreans. The South Korean Army had an outpost up there on top of a mountain, and they had binoculars and scopes and stuff. They could see the enemy and watch them or see the people, the North Koreans and all that.”

It could be nerve-racking during these assignments.

“There was two machine gun nests in there coming out,” Randall said. “Like you went underground there and you come out these tunnels, and there would be a machine gun nest at each end of the tunnels and guard. And inside the building there we had hand grenades and all that. We didn’t want nothing to blow up. It would have blown off the top of the mountain.”

Randall served in the Army as a Specialist 4 and his military status was Armor Intelligence Specialist. He also served as the driver for a lieutenant.

“We had M114 track, and I was his (the lieutenant’s) driver,” Randall said. “I also had to pack his gear, too, when we’d go out in the field and carry it to the motor pool and be ready for him when he got in. All he had to do is get in and take off. So, it would put more pressure on me by getting his stuff, too. When I got there, they said, ‘Well, you got it made. You’ll be a lieutenant’s driver.’ But it wasn’t all that easy.”

Life in general in Korea, Randall said, was overall okay but also quite different during his time there.

“At that time in 1964, it was a very poor country, and the people was really, really poor,” Randall said. “I just didn’t realize, and I thought, ‘Boy, I’m really thankful I was born in the United States.’”

“We had pretty good food,” Randall continued. “We had a pretty good mess hall and all that. We actually had an EM Club right there in the compound. That’s where you can go, and they would serve drinks and stuff like that. We had that.”

However, as soon as the soldiers would finally enjoy their time to relax, an alert would sound.

“We’d have to take off, load up everything and take off, go towards the north,” Randall said. “We didn’t know if it was the real thing or just, you know, a routine practice because every time one would go off, we’d have to run and get everything ready just as quick as we could.”

After spending a year in Korea, Randall returned home. 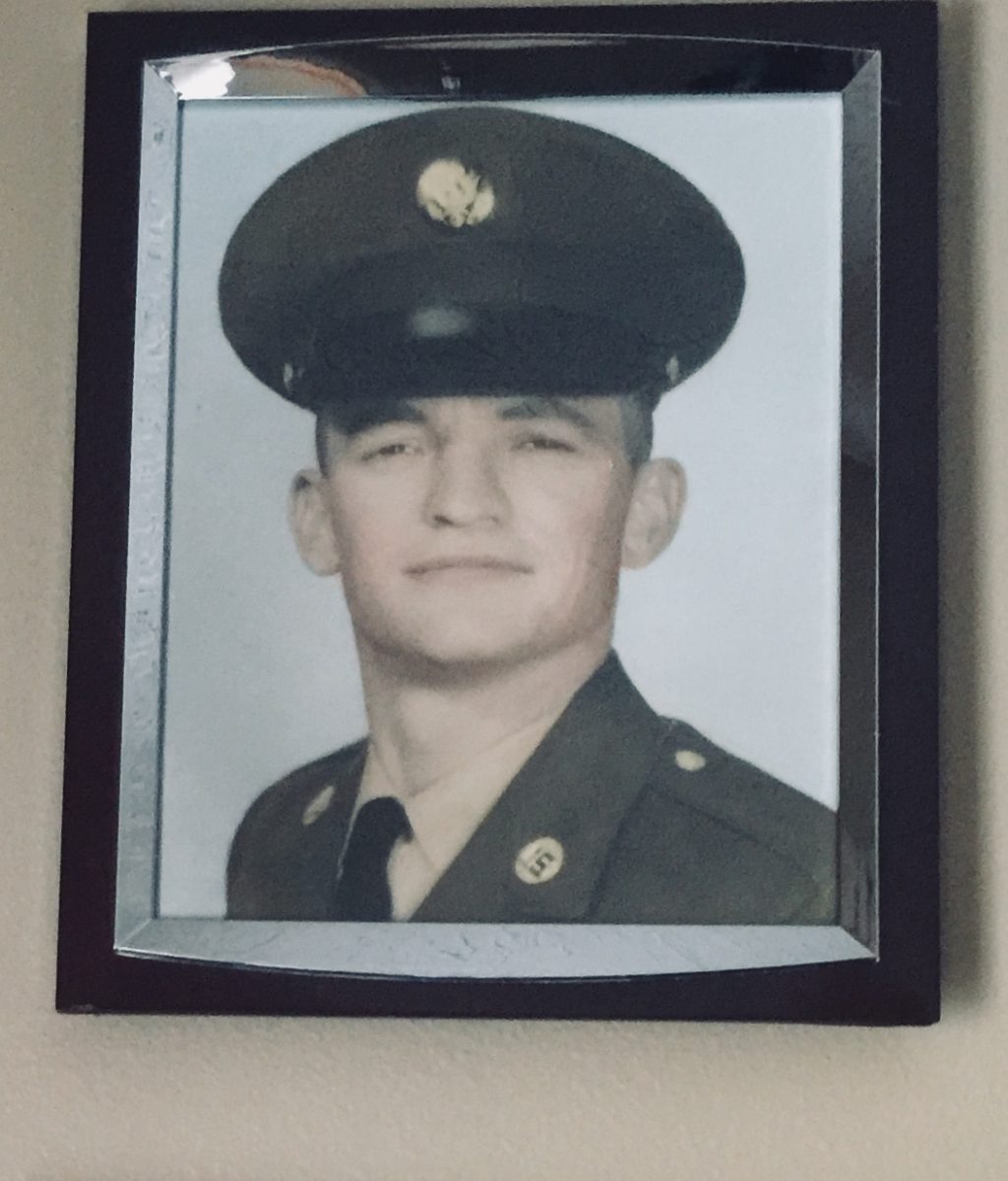 “When I come back home, it took a little while to get adjusted to it,” Randall said. “…I was just glad to get back home and see everybody and just enjoyed being at home more than ever before. I realized what I had left, you know.”

Although Randall received his separation papers from the Army, he was still in the reserves.

Randall’s reserve service found him in Fort Knox the first time and then in Maryland the second time.

“I went out to Fort Meade, Maryland and I had to have that training and all of that,” Randall said. “And it was just like basic all over again. But come to find out – during the hippie movement when Johnson was president and they were camped out on the White House ground – and that’s what we went up there for, to move them off of that if they didn’t move on their own, but they moved on their own. So, we didn’t have to go in. We had to do all of that for that, just in case they didn’t move on their own.”

“I’m on the burial detail, and we have an honor guard and all that to these military funerals, and I participate in that,” Randall said. “I love doing that. It’s a good feeling knowing you helped somebody. The people really appreciate it when you do that, the families do.”

Although his time in service had its difficult moments, Randall said he is certainly proud to have served his country.

“It really made me feel proud, and it was an honor,” Randall said. “I got an honorable discharge. As I get older, I think more of it each day. That’s one of my main things that I go back, the honor of being in the military and serving my country. It made me feel proud. I would do it again, and I was ready. I’d of done whatever they told me. It’s just something that really, really was good for me in the long run.”

Randall also stated that his time in the Army caused him to appreciate the many things that most take for granted in today’s society.

We at the Edmonson County News would like to thank Jimmie Randall Wilson and the many other veterans for their dedication and perseverance in serving our country.