In the Barren County Progress this week candidates from Cave City and Glasgow were provided with a questionnaire that allowed them the opportunity to provide their responses to key concerns that the communities have, and explain to the public what would make them a good candidate for the Council of their choosing. Most candidates responded.

Regrettably a few candidates that wished to respond and had reached out did not see their reply recorded, and in one instance despite providing responses they were not published. I and everyone at The Progress would like to apologize to Seaborn Ellzey, and Steve Pedigo. Both gentlemen made contact and either shared their responses or wished to follow up at a later date to do so, yet neither was represented in this weeks paper. Both are wonderful members of the community and have been a constant force in pushing Cave City forward.

I accept full responsibility for this misstep, as I was personally in contact with each candidate, and was expected to follow up and record responses. Steve Pedigo has provided his responses to this questionnaire and we will be sharing them below. Seaborn Ellzey also spoke with me, and has since worked with WCLU to record his responses. I would like to publicly apologize to them both. 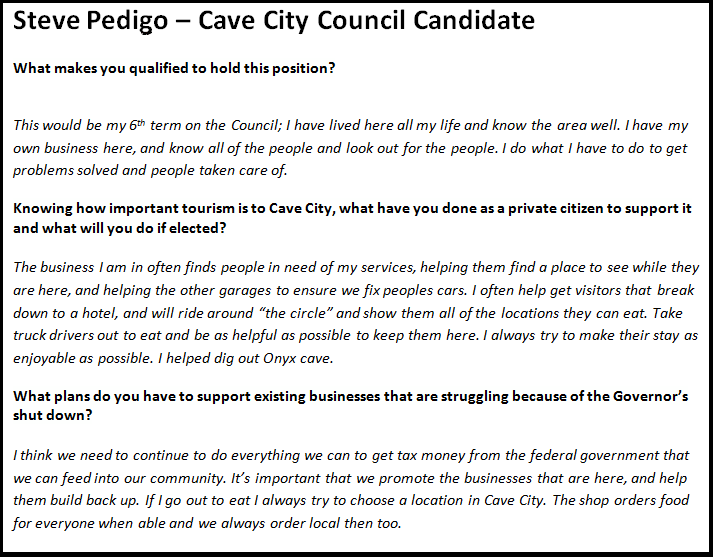