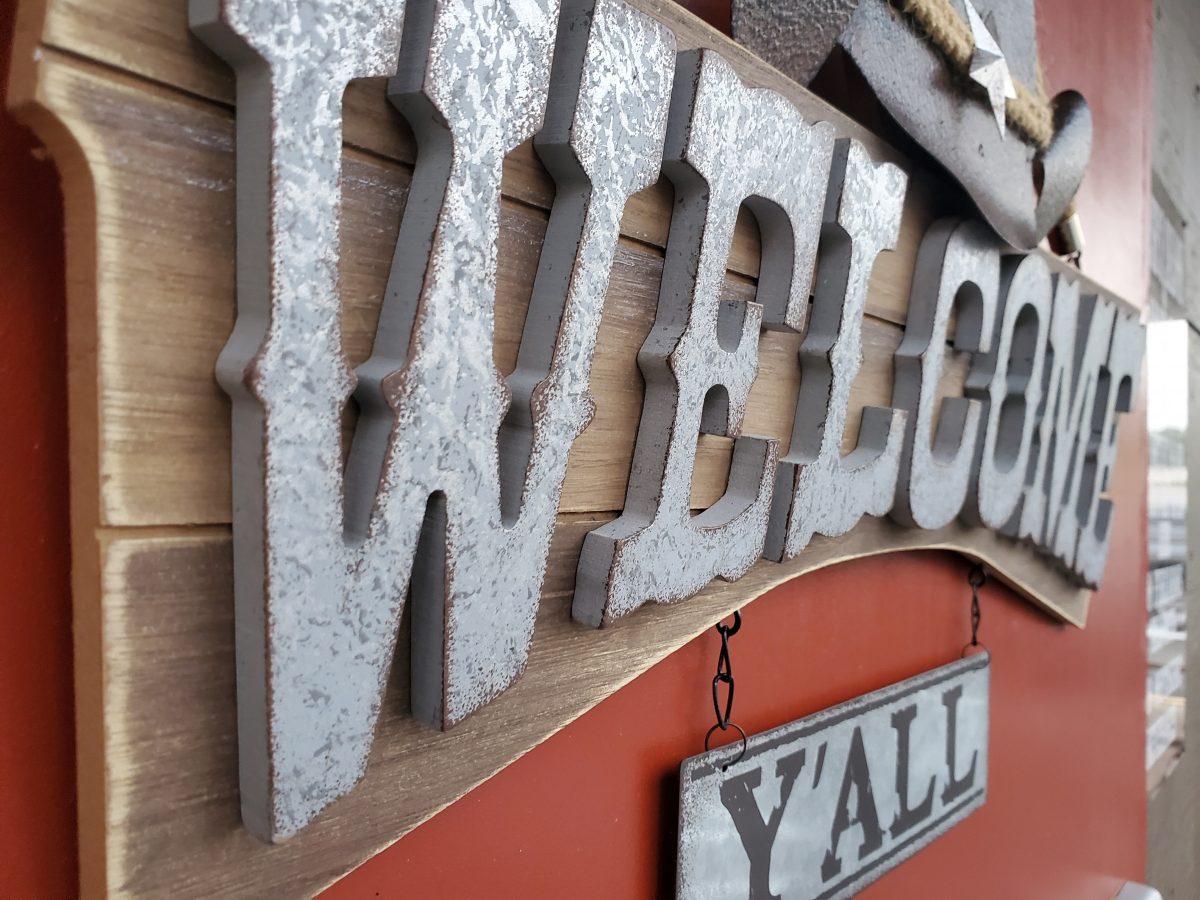 The welcome sign at Bush’s Saloon in Glasgow invites patrons into the establishment. But according to paranormal investigations, some spirits don’t need an invitation. Photo submitted.

Are ghosts real? Do spirits exist?

These are the million dollar questions that people ask, especially during the Halloween season.

Paranormal can include anything considered beyond normal, from ghosts to big foot to UFOs. Haunted means there is an entity of some sort residing within an object or in/on a property.

Thousands of videos and photos claiming to capture paranormal activity or hauntings exist all across the world. But sometimes they exist closer to home than you may think.

Craig and Stacey Bush are the owners of Bush’s Saloon located on Columbia Avenue in Glasgow. They established their business in 2019.

“We know it has been an antique store, furniture store, and art gallery,” Stacey said of the building.

Although unaware of the building’s full history, there was one aspect the couple has been well aware of: strange happenings occurring at their business.

“We have experienced a lot of slamming doors, shadows moving across the doorways, and voices,” Stacey said. “No one had said a lot about it. And once we started talking about it, we realized that several of us were seeing and hearing the same things.” 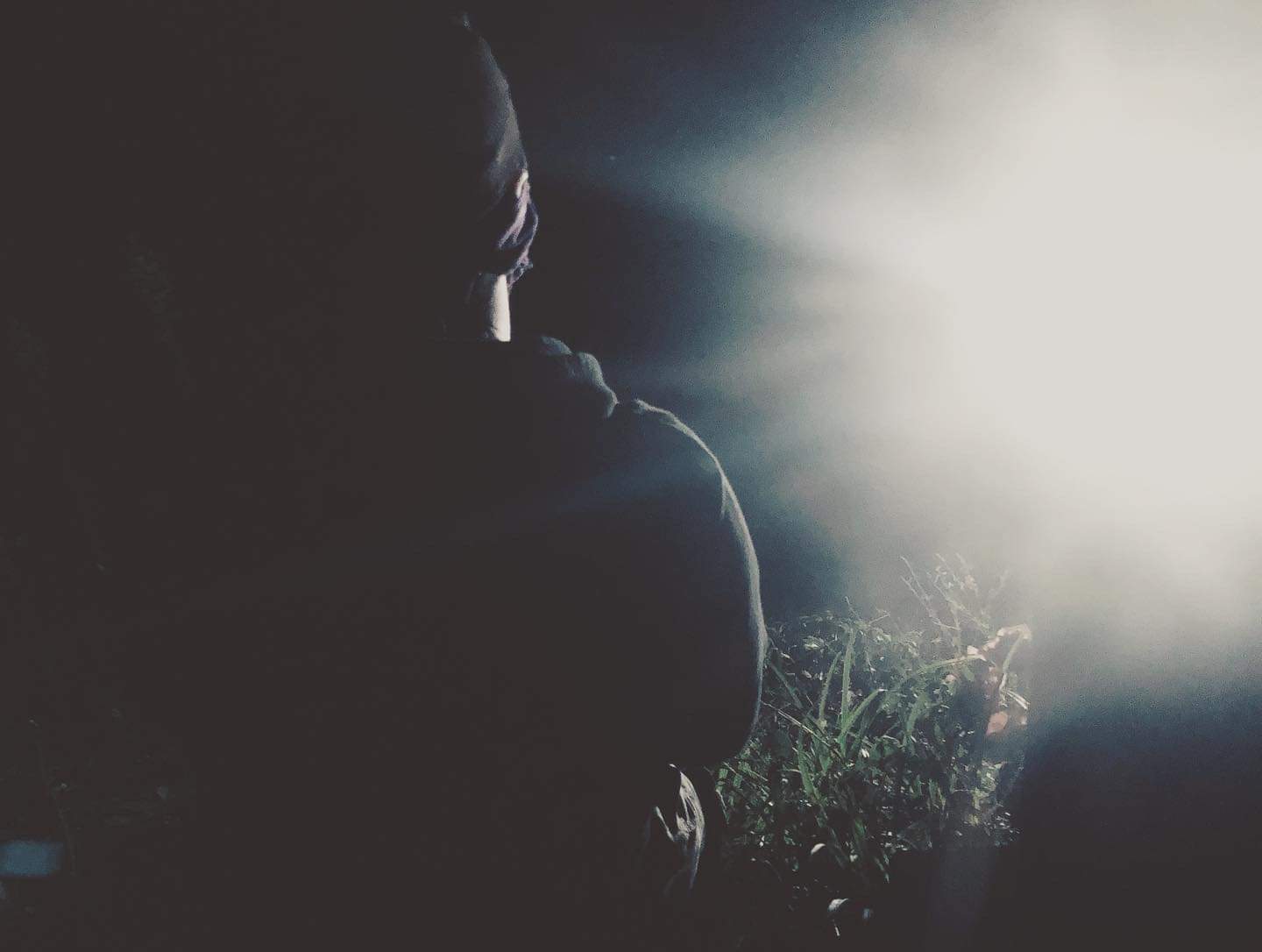 It was then that the saloon owners decided to reach out to paranormal investigators. Two investigations were completed during the end of June in the midst of the shutdown. One was conducted with with Bethany Ford and Tom Kollmer, the other with Brent Heird of Appalachia Unknown 2019 (AU19).

Brent is the founder and lead investigator of AU19. Other members of the AU19 team include Phillip Pelfrey in West Virginia and in Kentucky Chelsea Ryan (of Black Fox Paranormal), Spencer Cantrell, and Emily Menshouse (of W.T.Frick Podcast, Error 606 Paranormal).

Although Brent has only been an investigator for one year, he has researched many haunts over the past decade.

“Our investigations don’t normally lead us into personal property or businesses,” Brent said. “We are usually out in the hollers and forgotten lands…”

However, he marks the case at Bush’s Saloon as one of the most memorable investigations in which he has participated.

“The owners would hear voices and even had some recorded,” Brent said. “It’s a very interesting place both as a fun bar and a haunted building.”

While at the saloon, the investigation took off slowly but soon picked up steam.

“I began to use the K2 and ovulus while sitting at the table,” Brent said. “After having received some replies, it all went silent…or so we thought. We stayed there until approximately 1 a.m. We did not capture any shadow movement or other visual anomalies, but the EVP evidence was clear.”

According to Brent, a K2 is an elctromagnetic field (EMF) detector. An ovulus is a device that picks out words from the environment that the human ear cannot hear. The ovulus then displays those words on a screen and speaks it. An EVP (electronic voice phenomena) are sounds found on electronic recordings that are interpreted as spirit voices. These spirit voices have been either unintentionally recorded or intentionally requested and recorded.

Brent explained that several EVPs were recorded at the saloon during the investigation, and the evidence was mainly discovered during evidence review.

“There are at least four spirits there, but we never had a foreboding feeling,” Brent said. “So, when I heard the male voice admitting to killing the female and the two children, I was a bit surprised. We were constantly being told to leave, or to not ask questions. But the spirits never acted out towards us. I now believe that is because we were not boisterous or belligerent towards them.”

The EVP evidence, Brent stated, points to a possible murder-suicide.

“There are two adult (spirits), Rick and an unnamed female,” Brent said. “There are two children (spirits), David and Sarah…Hearing that child say, ‘I want my Mommy. I’ve been shot!’ That tore me up…But we do not believe what occurred happened in this actual building, but maybe a building that was on this property before.”

Brent believes that the Bush’s Saloon itself is very welcoming but, as with all paranormal phenomena, respect is a must.

“The voices and EVPs weren’t threatening,” Brent said. “However, they were intelligent. That being said, they can act out towards people they don’t like. So, in respect to such fine people, do not disrespect their venue, their spirits, or their time. There’s no need to provoke the dead for a response. Do not anger what’s there. It can have a lasting effect on the building…”

Brent stated that while he learned a lot during the investigation at Bush’s Saloon, he is still intrigued by a need for answers. 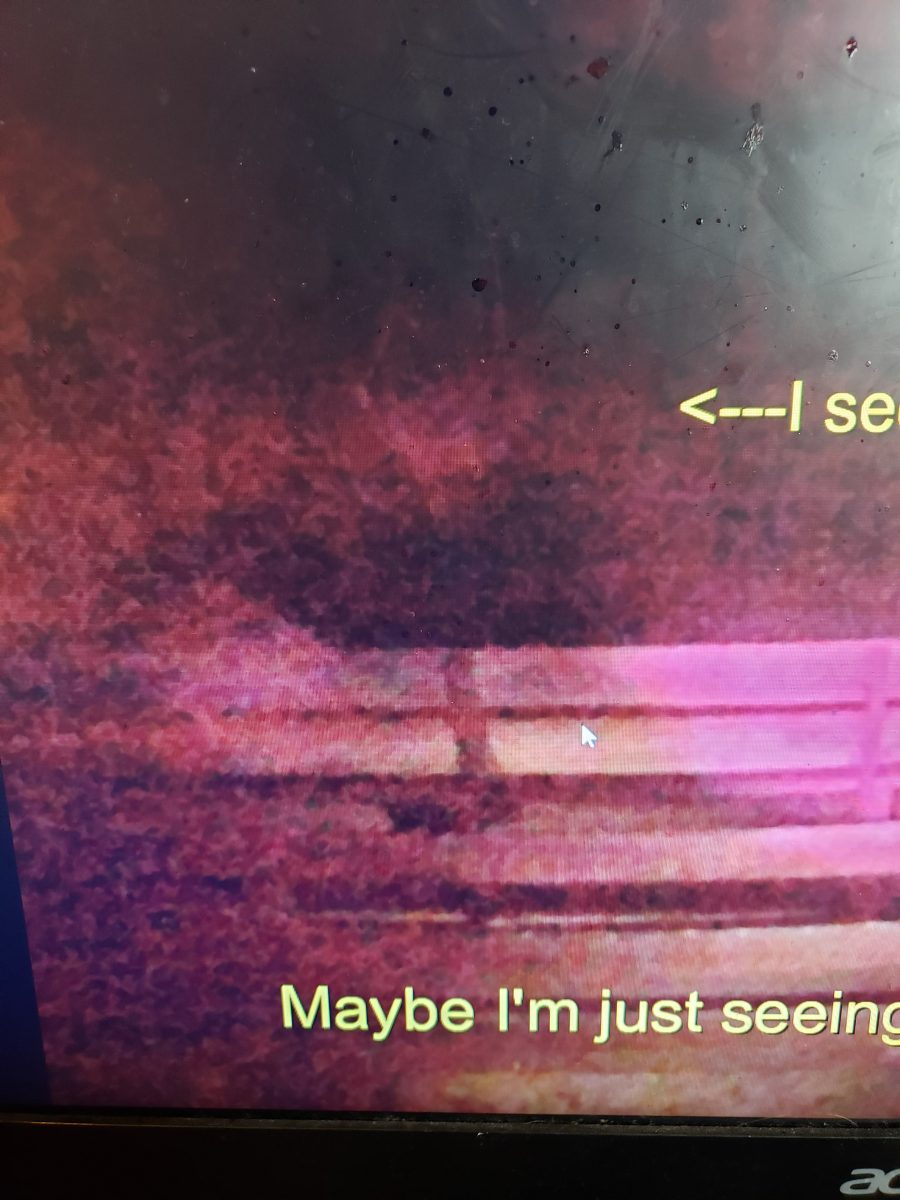 During an investigation at The Marcum Cemetery, the AU19 captured what they believe is a male spirit sitting on a pew. Photo submitted.

“In every conversation, there are answers to be found,” Brent said. “At the beginning of the night, Stacey told me about hearing the sound of pallets slamming four times. They had a stack of pallets in the front of the building at that time. However, four spirits lost their lives to gun shots. Were the sounds Stacey heard pallets slamming, or the residual echo of three murders and a suicide? So, listen to what you are being told. The client’s story may wander in several different directions because there is no set storyline to a haunting. Take in all of the information and help them try to make sense of it.”

“But, I still have questions,” Brent continued. “The spirits there don’t seem to be in the right place. One would expect them to be in a home, not a store.”

In addition to Bush’s Saloon, Brent and his team at AU19 have investigated other places as well, including several areas of Kentucky and West Virginia. They have also travelled to New Castle, Pennsylvania.

“Mainly, we stick to the mountains and valleys, but to stay active we take on properties where the owner wants questions answered,” Brent said.

No matter if investigating a cemetery or a home, Brent explained that there are several misconceptions about the paranormal.

Brent also said that it is important for everyone to realize that what is normal for one person may not be for another.

“Is it an 8-foot ape man or a dog man? Is furniture moving around seemingly on it’s own? Are there voices where no one is?” Brent said. “It’s hard to pin point paranormal activity into a simple definition. There-in, this is the reason it is so hard to prove beyond refute.”

For anyone who believes their home has a haunting or paranormal phenomena occurring, Brent has a few suggestions. 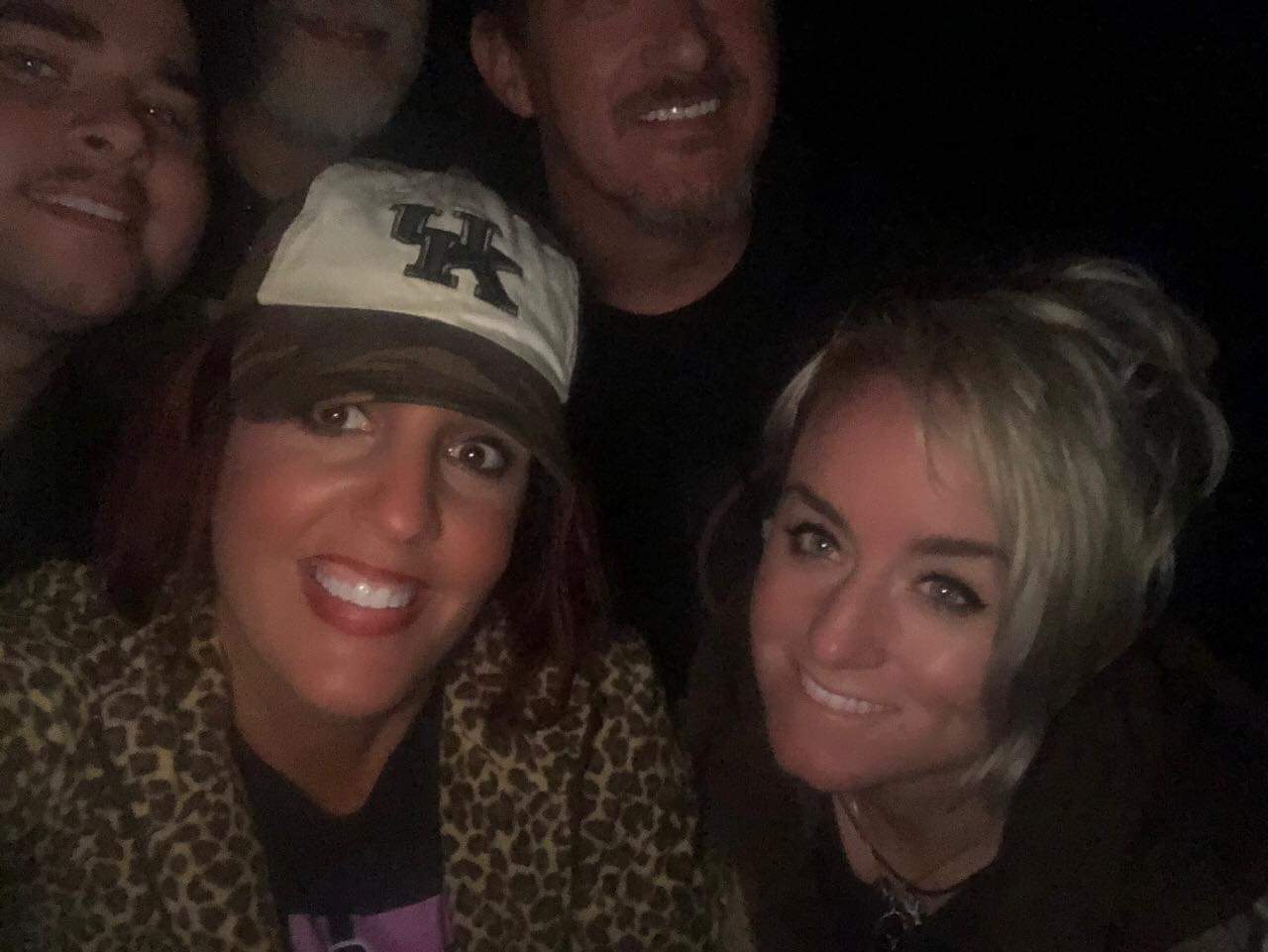 “First and foremost, check off all normal and plausible explanations,” Brent said. “However, people know their homes. Aside from a random animal, they know the sounds the house makes. Accept when someone asks simple questions. They are trying to work it out as well. Look for teams that have the abilities you are requiring. Teams have learned to work together and can help you in many aspects of the investigation and afterwards.”

Craig and Stacey said that they are certainly grateful to have had investigators like Brent and AU19 to help explain the occurrences at their saloon.

“If there isn’t anything paranormal, they will be able to give you some peace of mind and hopefully find an explanation for you,” Stacey said. “If there is activity, they can get some great documentation for you and some reassurance.”