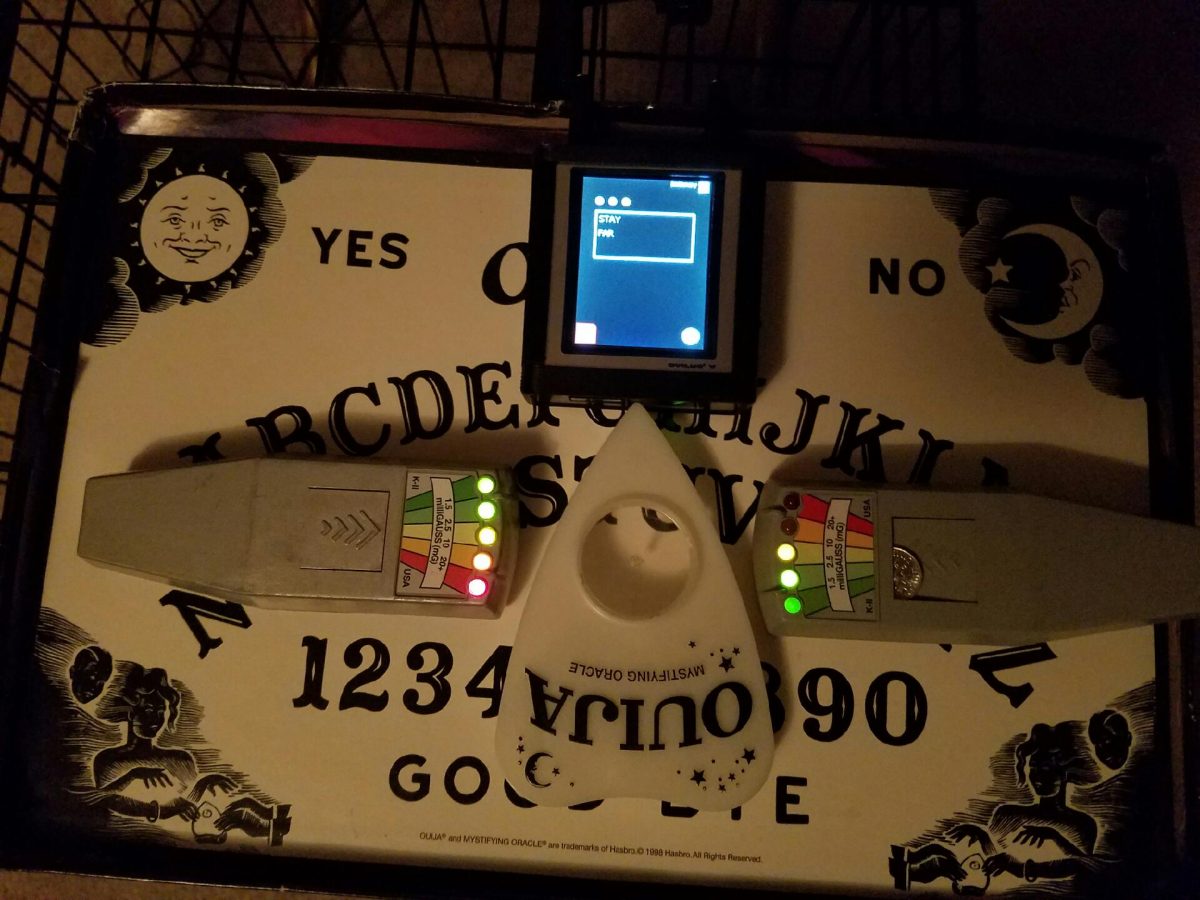 An active Ouija Board in Florence, Ky., during a cases investigated by the PINK team. Photo submitted.

Do you believe? A look into paranormal investigations
Mary Beth Sallee

The paranormal. It knows no season and respects no boundaries, nor does it offer any mercy.

That is, if you believe.

The paranormal can be considered alleged phenomena that is outside the realms of established science. This may include ghosts, poltergeists, telekinesis, reincarnation, life after death, and even human auras, among other things.

And for anyone who may doubt that paranormal activity exists, look no further than an actual paranormal investigator.

Mike Palmer is the founder of Paranormal Investigators of Northern KY (PINK). The team was established in August of 2005 and consists of 15 active members and 3 that currently serve in an advisory capacity.

“I consider paranormal activity to be any occurrence that happens outside of rational means,” Palmer said. “If something strange happens and it can’t be explained by a natural or man-made source, then you could possibly classify it as paranormal.”

Palmer has been a paranormal investigator for the last 15 years, but his interest in the paranormal dates back to his childhood. 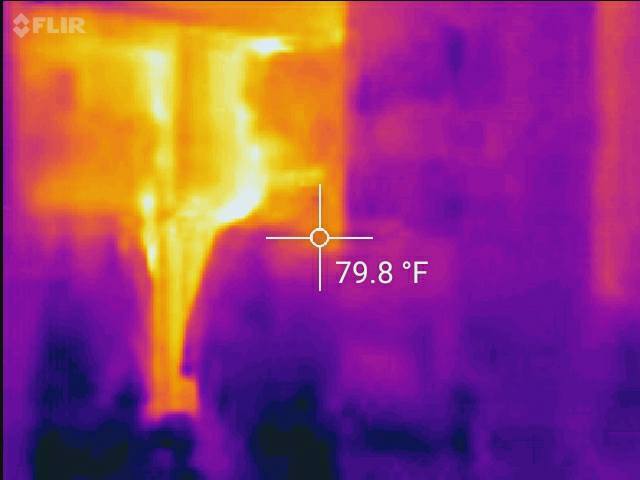 This photo depicts a thermal image of an entity attached to Ouija Board in Florence, Ky. Photo submitted.

“I was always fascinated with ghosts,” Palmer said. “When I was in the third grade, I bought a book, Haunted Houses by Larry Kettlekamp, and I would stay up late reading it until I was too frightened and then would try to go to sleep. That book would be the true catalyst.”

In October of 1988, Palmer and his family moved from Indiana to Kentucky.

“We didn’t know that we were moving into a house that was, well, haunted,” Palmer said. “From seeing black amorphous blobs floating into the room to being grabbed and pulled in the middle of the night, that house at times was not easy to live in. Given my own interest and experiences, I continued to read everything on the subject I could.”

With no new stories for him to read and before the boom of reality TV, Palmer decided it was time to do investigations of his own.

In early 2005, I decided I would try and track down new stories and write my own book,” Palmer said. “That was the original idea behind starting a paranormal team. I would find people and document what they were experiencing and conduct an investigation to see if I could validate their claims.”

“Within the first year, I realized that families who are dealing with the paranormal are having true emotional upheavals in their lives, and it was affecting everyone and everything around them,” Palmer continued. “At that point, I re-focused what I was doing and since then PINK works to help people. No one should be afraid to be in their home. Now, 15 years later, I still haven’t written that book, but we’ve helped hundreds of people and that is much more satisfying.”

To date, Palmer and the PINK team are nearing 300 paranormal investigations. The team is based out of Boone County but have performed investigations across Kentucky and other states.

“(We) have been all the way to Paducah,” Palmer said. “We’ve been to Greenup, which is on the West Virginia boarder. We’ve investigated in Lexington, Bowling Green, Glasgow, and Cave City. We also have traveled to various places in Ohio and Indiana.”

Once PINK receives a case request, a phone interview is conducted and an investigation is scheduled.

“Our number one rule is, ‘It’s your house. So, it’s your rules.’ But we do try to limit the number of non-team members on site,” Palmer explained. “We will have the owner walk us through the home and show us where things have happened. Next, we will set up our DVR cameras and try to cover the most ground we can.” 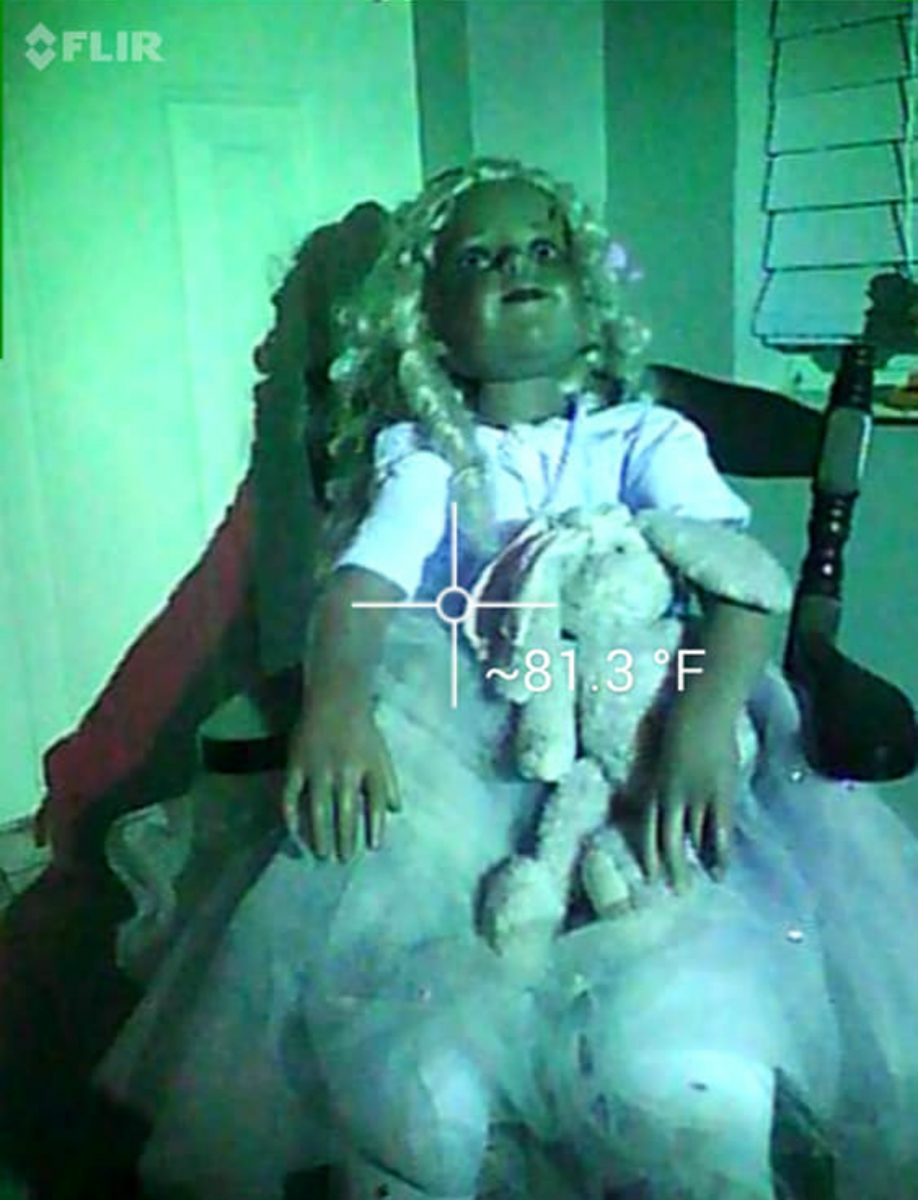 In one case investigated by Mike Palmer and the PINK team in Crittenden, Ky., a doll was determined to have an attachment. Photo submitted.

Once the cameras are set, Plamer and his team begin running audio. They use an array of equipment designed to detect changes in electro-magnetic frequencies (EMF). Based on the information received by the owner, specific questions will be asked.

“We take note of any changes and move room to room,” Palmer said. “We will try to figure out claims, such as this door opens on its own or this appliance turned on by its self. It can take a lot of patience trying to observe objectively for hours on end. After the investigation, everything will be analyzed. There is about 40 hours of review going into an average case. After we have the review completed, we present the client with what we have or don’t have.”

According to Palmer, many blockbuster movies of today can often misconstrue the expectations of real life paranormal occurrences and investigations.

However, that’s not to go without saying that intriguing cases don’t exist. There have been instances, Palmer stated, in which there was an attachment in a case that he and his team investigated, meaning the spirit had an interest in one particular item.

“The two (case investigations) that stick out are one involving a doll and one involving a Ouija Board,” Palmer said. “We had a case in Hebron, Ky., in 2008 where the client spaced out on us and began acting very strange and then snapped back into the conversation as if nothing happened. You can see the video of that on our YouTube Channel. Just search PINK Paranormal.” 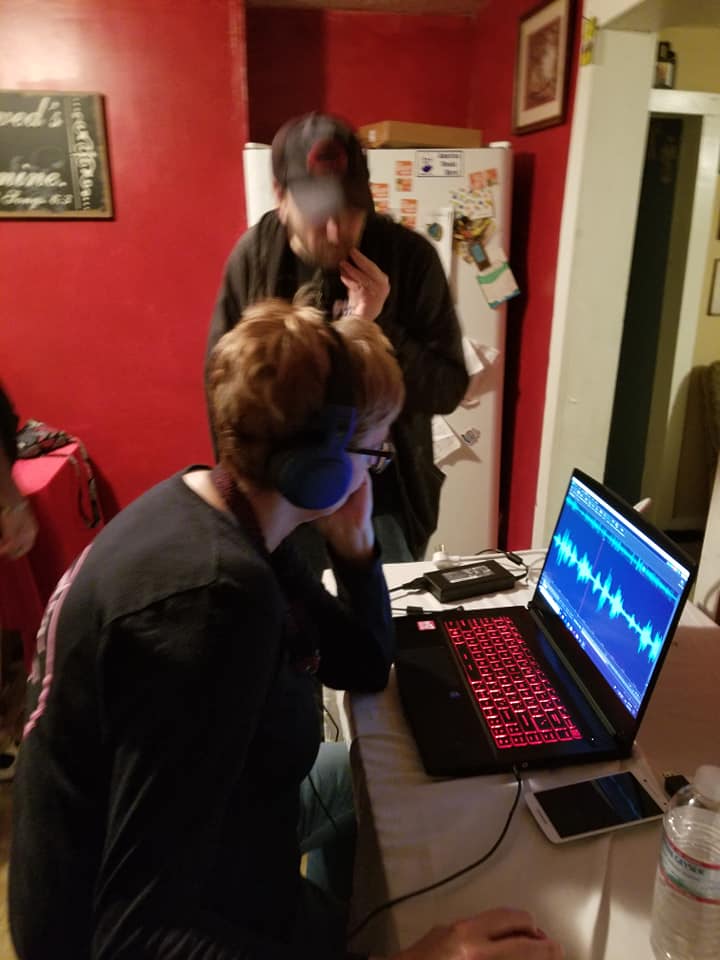 There has been one case that the PINK team investigated that would be considered demonic.

“In that situation, we contacted a priest out off Melbourne, Ky.,” Palmer said. “After looking at our evidence and meeting with the client, the priest concluded that a demonic infestation was taking place and took over from us at that point. What we typically deal with are spirits who, for whatever reason, have remained and seemingly disrupt peoples lives. It can be unintentional, kind of like they aren’t aware of the alarm they are causing, or in some instances that is exactly why they are there.”

Palmer and the PINK team has also investigated areas in south central Kentucky.

“In Glasgow (Barren County ), we investigated a private residence,” Palmer said. “At one point, a toy car flew from it’s resting place above a doorway and hit the floor with a loud thud. We tried to recreate the incident, putting the car back, stomping on the floor, hitting the wall, walking heavily in the room above it. We tried everything to cause a vibration to see if it would fall again, but that car wouldn’t budge.”

“Fun Town Mountain gets the distinction of being one of the most fun and bizarre cases we have ever had,” Palmer said. “This was in 2010. The attraction was closed at this point and was in the process of being given a make over with a 1980s pop culture flavor. There were costumes and animatronic characters, a horrifying ride on a barely functional trolley to the top of the mountain at an unsafe speed, and then there were ghosts.”

Due to certain circumstances, Palmer said he could not disclose in full detail all that occurred during the investigation at Fun Town Mountain. 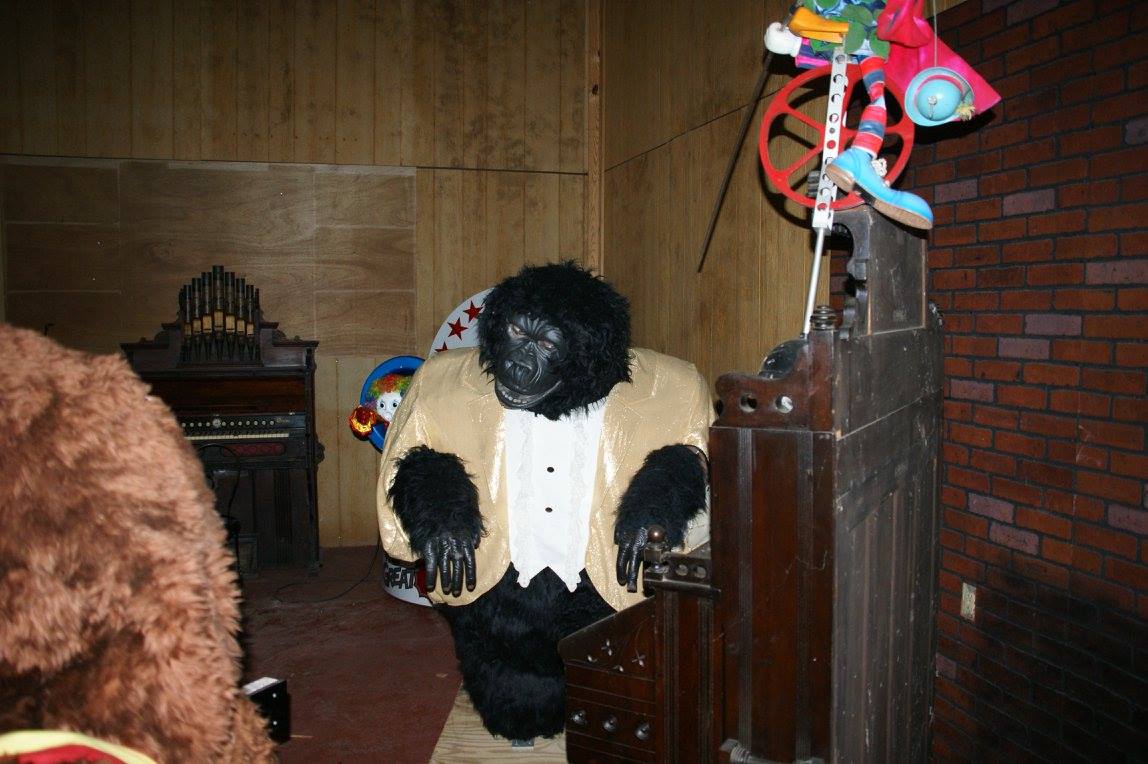 In 2010, Mike Palmer and his team of paranormal investigators traveled to Fun Town Mountain in Cave City to investigate occurrences such as with animatronic characters. Photo submitted.

However, the one case investigation he was able to speak about in more vivid detail occurred in Williamstown, Ky., and happened to be the most memorable paranormal investigation for Palmer.

“We worked with a family who had adopted a girl with a mental disability,” Palmer recalled. “Everyone in the house had experiences and had seen things. The little girl believed this entity was her friend and was very upset that we were going to take her friend away, even though according to the girl it had been mean to her. It was a tough situation to explain that we didn’t want to take away her friend, but maybe if it’s being mean it might not really be her friend. We worked with her and with the help of her parents, she started to understand. That case stands out because you truly get to see things from a very unique perspective.”

With his many years of experience, Palmer said that with paranormal investigation also comes common misconceptions about the paranormal in question. He said that it’s important for others to know that it is not all demonic, and yet that people who have paranormal claims aren’t just looking for attention. For those who have dealt with paranormal phenomena, it is – at the least – real for them.

To anyone who believes their home has paranormal activity, the investigator offered a few suggestions.

“Be firm in your beliefs,” Palmer said. “Don’t engage with it. Document what is going on, and find a good reputable source to help you or at least point you in the right direction.”