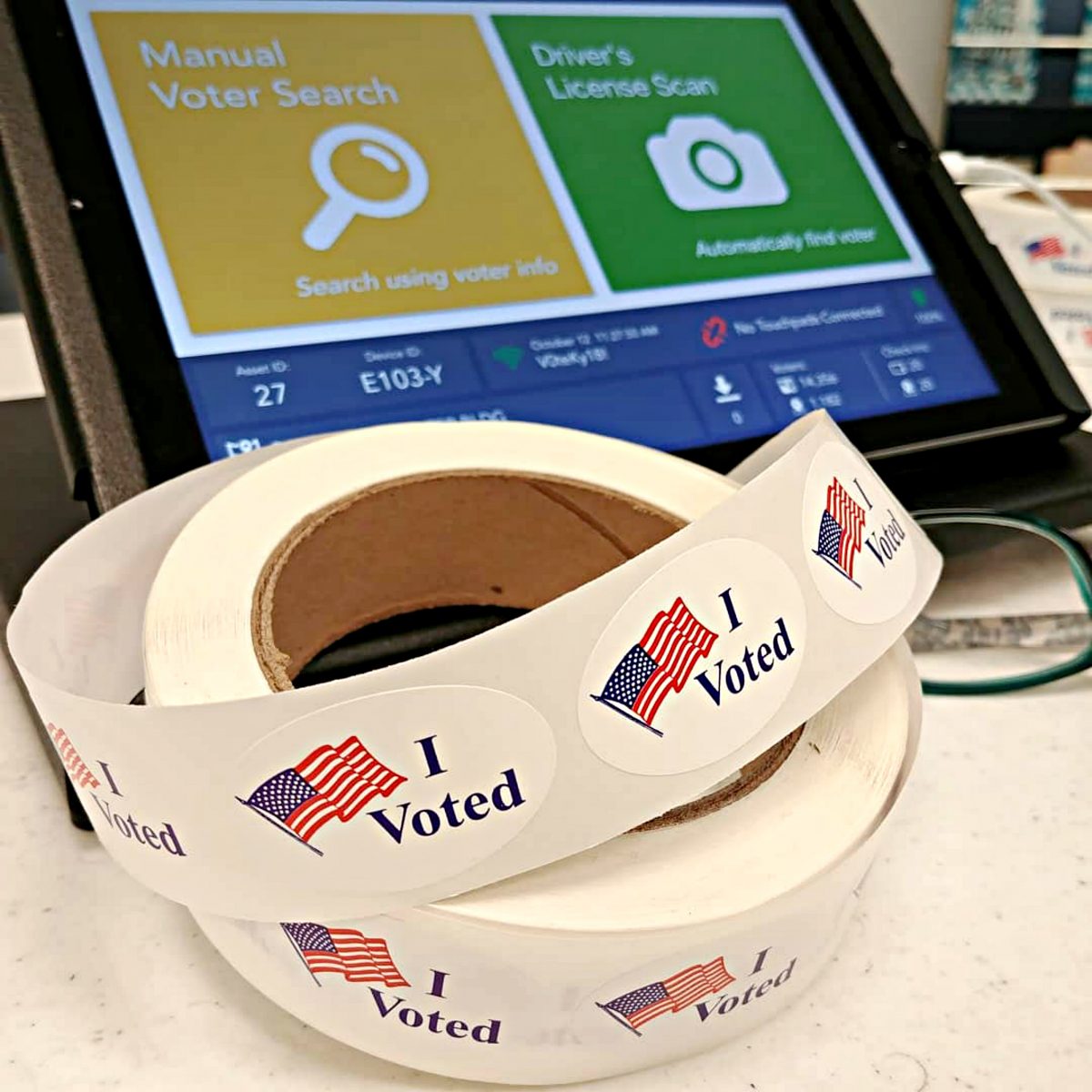 As always, voters are highly encouraged to research all issues on the ballot prior to casting their vote. Photo by Linda Watts.

On the Ballot
Amendment 1: Marsy’s Law
By Mary Beth Sallee

Although ballots may look different depending upon where you live, there is one choice that every voter in Kentucky will be deciding upon: Amendment 1, Marsy’s Law.

The law is penned after Marsy Nicholas, a 21-year-old California student who was stalked and killed by her ex-boyfriend in 1983. The law first passed in California in 2008.

However, this particular law is not without its fair share of controversy.

Advocates of this law state that it enhances the rights of victims and gives victims and their families protections against harassment, as well as access to information regarding the accused.

Those who oppose Marsy’s Law state that it actually undermines due process and the rights of the accused. These same opponents also note that Kentucky law already protects victims and their rights.

But Marsy’s Law is no stranger to Kentucky.

In 2018, voters in the state approved a Marsy’s Law constitutional amendment with 63% percent of the vote. However, in an unanimous decision, the Kentucky Supreme Court overturned the amendment, in particular for being too vague on the ballot.

The Court’s ruling stated, “We hold that Section 256 of the Kentucky Constitution requires the General Assembly to submit the full text of a proposed constitutional amendment to the electorate for a vote. Likewise, Section 257 requires the secretary of state to publish the full text of the proposed amendment at least ninety days before the vote. Because the form of the amendment that was published and submitted to the electorate for a vote in this case was not the full text, and was instead a question, the proposed amendment is void.”

According to the Ballotpedia.org website, on April 14, 2020 the Kentucky State Legislature approved a Senate Bill that would, “…change the statutory definition of a victim, require full restitution be paid to a victim, and repeal a provision regarding the failure to provide a right, notice, or privilege to a victim.”

The bill would take effect upon approval of the Marsy’s Law amendment in this year’s election.

In 2018, the amendment appeared as 38 words on Kentucky’s ballot. This year, however, it is on the ballot as more than 600 words.

Emily Bonistall, Director of Outreach for Marsy’s Law for Kentucky, stated in other news outlets that this amendment is valid and needed.

“Marsy’s Law is an effort to provide constitutionally protected rights to victims of crime here in the state of Kentucky,” Bonistall said. “…So, while the accused and convicted have numerous rights protected in our state constitution, crime victims have none.”

However, the American Civil Liberties Union (ACLU) of Kentucky disagrees.

On its website, the ACLU states that, “Marsy’s Law unnecessarily complicates the criminal justice process, threatens to increase prison populations, interferes with due process, and will clog our justice system.”

In a separate written release, the ACLU further stated, “Marsy’s Law uses inconsistent and confusing language that would be at odds with Kentuckians’ constitutional rights and create significant unintended consequences. Some of the state’s top legal minds cannot even untangle the contradictory language in Marsy’s Law. Once when analyzing the legislation, one Kentucky Supreme Court Justice simply remarked: ‘I don’t know what this means.’”

The ACLU also explained that Kentucky law currently already grants victims several of the rights that are outlined in Marsy’s Law. These rights include timely notice of all court proceedings, to be present at trial and all other proceedings, to be heard in release, plea, or sentencing proceedings, and also the ability to consult with Commonwealth or County Attorneys.

“Prosecutors’ offices have victims’ advocates,” the ACLU release said. “If victims feel uninformed or unsupported by these advocates, the advocates should be provided with additional resources. If the laws we have in place aren’t serving victims, let’s amend our laws, not our Constitution.”

“It creates a need for substantial additional resources but does not allocate any,” the ACLU stated. “For example, the legislation gives victims of criminal acts the right to counsel but provides no mechanism for the state to provide attorneys to victims without the resources to hire an attorney. Similar legislation in North Dakota, a state with less than a quarter the population of Kentucky, was estimated to cost $2 million per year. In North Carolina, Marsy’s Law was estimated to cost $16.4 million to implement and $30.5 million annually in subsequent years. Unfortunately, Kentucky’s Marsy’s Law doesn’t include a fiscal note, so we don’t have an estimate of the costs here.”

Justin Baird, Assistant Hart County Attorney, said he opposes Marsy’s law because Kentucky already has a victims’ bill of rights set out in KRS 421.500. To date, the legislature has not provided adequate guidance on how to implement Marsy’s Law, nor how it is going to be funded.

As always, voters are highly encouraged to research all issues on the ballot prior to casting their vote.