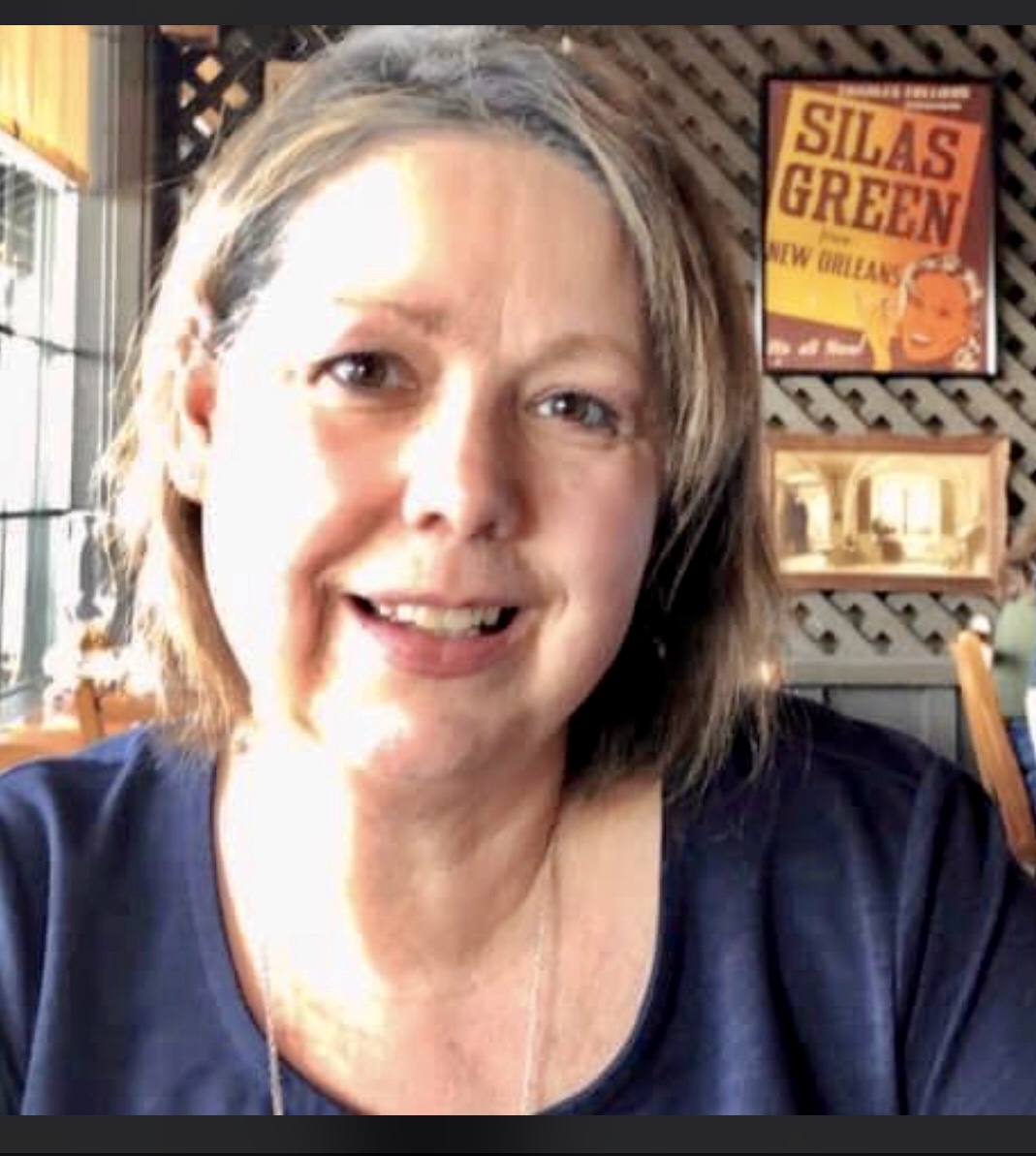 Kimberly Shirley Hay was diagnosed with breast cancer in the summer of 2010. Today, she is still cancer free. Photo submitted.

Breast cancer doesn’t fully end with the last chemo treatment or surgery. For many, it’s a diagnosis that dramatically reshapes the journey of their life.

This is the story of Kimberly (Shirley) Hay and her test of endurance.

During the entire summer of 2010, Kim had not felt well. In June of that year, she made a trip to the emergency room for a rash, similar to an allergic reaction, that ran from the top of her head to the soles of her feet.

“I had a biopsy,” Kim said. “They told me it was systemic. They gave me a round of steroids. They sent me home for three days of bed rest. After that, I noticed a tightening in my sternum. I thought it might have been the meds or stress.”

Later that same summer on a Friday afternoon, Kim said she was going outside to cut the grass. When she entered the shed, it was then that the Lord spoke to her, telling her that something wasn’t right.

“Our three daughters were 17, 15, and 6 at the time,” Kim continued. “I just told them something was wrong. I didn’t know what, but I didn’t want to hide things from them. My husband had been concerned about me for a few months.”

Kim had a mammogram and ultrasound performed in early September 2010 and a biopsy later that same month.

“A good friend said to me while I was waiting for my results, ‘Be prepared for the worst. If it turns out well, be relieved. If not, you still won’t be prepared,’” Kim said.

By October 1 of 2010, Kim had received a diagnosis. She had invasive breast cancer.

This was just the beginning of Kim’s true test of endurance within her life.

As Kim continued through her journey of fighting breast cancer, other difficulties arose. On the first Tuesday in April of 2011, a clot was thrown to her lung, and Kim spent a week in the hospital.

On May 5, 2011, Kim went for another treatment cycle. By the last week of June that same year, she underwent a hysterectomy.

Kim’s port was removed by the end of July. Breast reconstruction also began at that time and was finished in November 2011.

But a new year soon brought more difficulties into Kim’s life. In early 2012, a tumor was found on Kim’s right side, and another lumpectomy was performed.

“I worked 70 to 80% of the time (during my cancer battle),” Kim said. “Our daughter had also married in the fall at our house. Exhausted was an understatement.”

Kim’s endurance continued to be tested during this time. She described the treatments and surgeries as being “pretty horrible.” She had what was considered a high grade cancer, and therefore she underwent an aggressive form of chemo consisting of adriamycin, taxotere, and cytoxan. 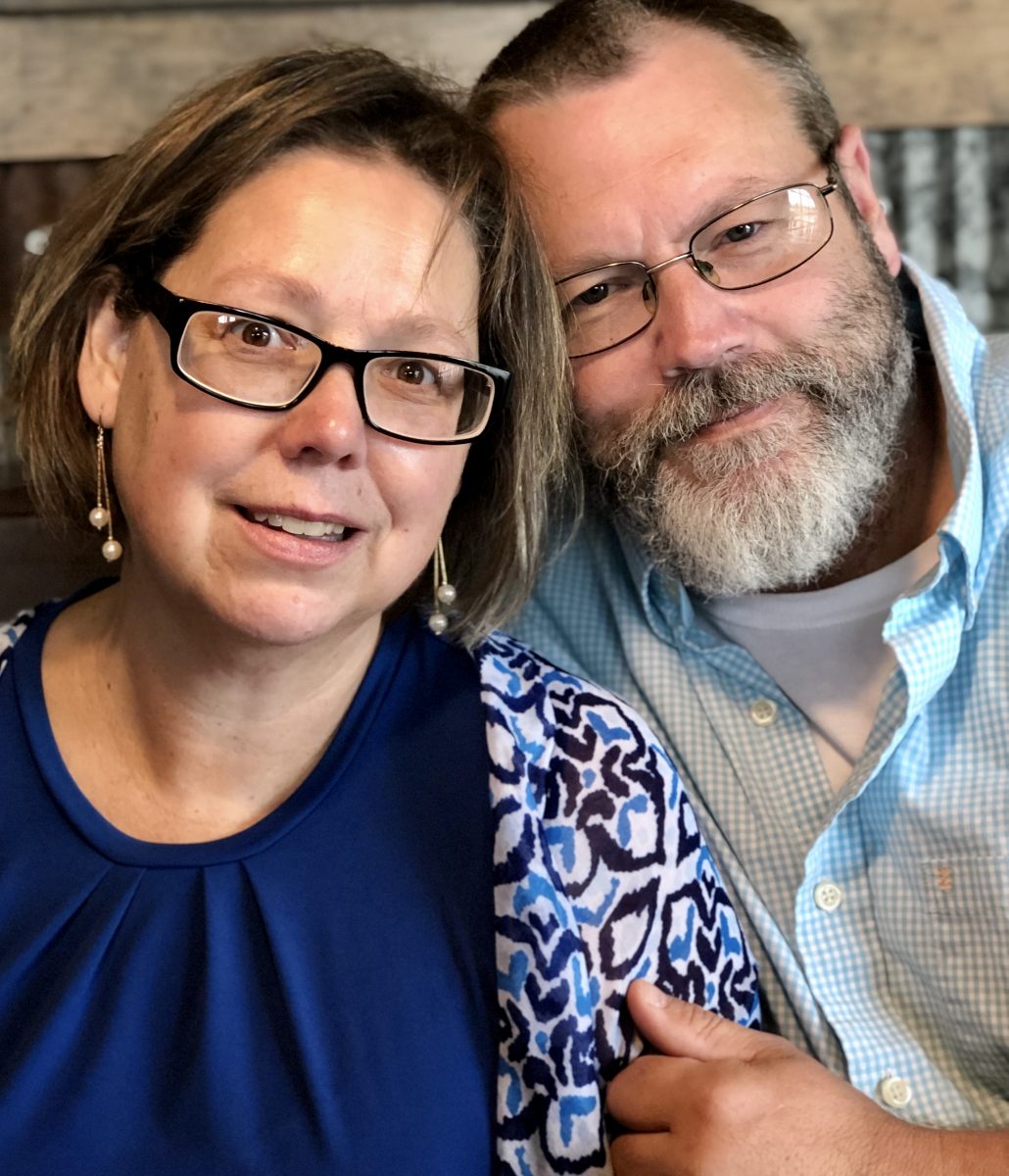 A breast cancer survivor, Kim Hay said she has come to learn that everyone’s journey is their own. With Kim is her husband Joe. Photo submitted.

“I also developed such a large tumor that the lumpectomy was unsuccessful,” Kim explained. “So, I had to return for a mastectomy, but my health care team was wonderful.”

“When I left, they all applauded and wished me the best of luck,” Kim said. “They were so happy for me. Words can’t describe.”

Although Kim is now cancer free, it is not without consequence.

“The treatment plan caused some serious side effects that have personally been harder than I anticipated,” Kim said. “…There’s no worst (part) for me. I never dreamed it would be so physically draining to my body long-term. My oncologist told my husband and I that the treatment plan aged me physically 16+ years.”

“I’ve had numerous broken bones, a hip replacement, a colon resection (18” of colon removed) which was an effect of chemo damage, and central nervous neuropathy,” Kim added. “My brain’s clock was damaged.”

Kim said that it was initially her husband, three daughters, and the rest of her family and friends who supported her along the way. She has come to learn a few life lessons along the journey as well.

“As time has gone, I’ve realized that I want to stay here as long as possible,” Kim said. “I know all is well when I leave. It’s of little service to try to be a friend to anyone I can, for as long as I can. I’ll get to rest forever when the time comes.”

Kim said she has also come to learn that everyone’s journey is their own.

“It’s not possible to compare your experiences with other individuals,” Kim said. “It’s like anything else in life. The only thing permanent is change.”

Kim concluded with these words of wisdom that she has come to experience throughout her cancer journey and the test of her endurance.

“…Bad or hard experiences in life make you better or bitter,” Kim said. “I’d like to think I choose to be better.”