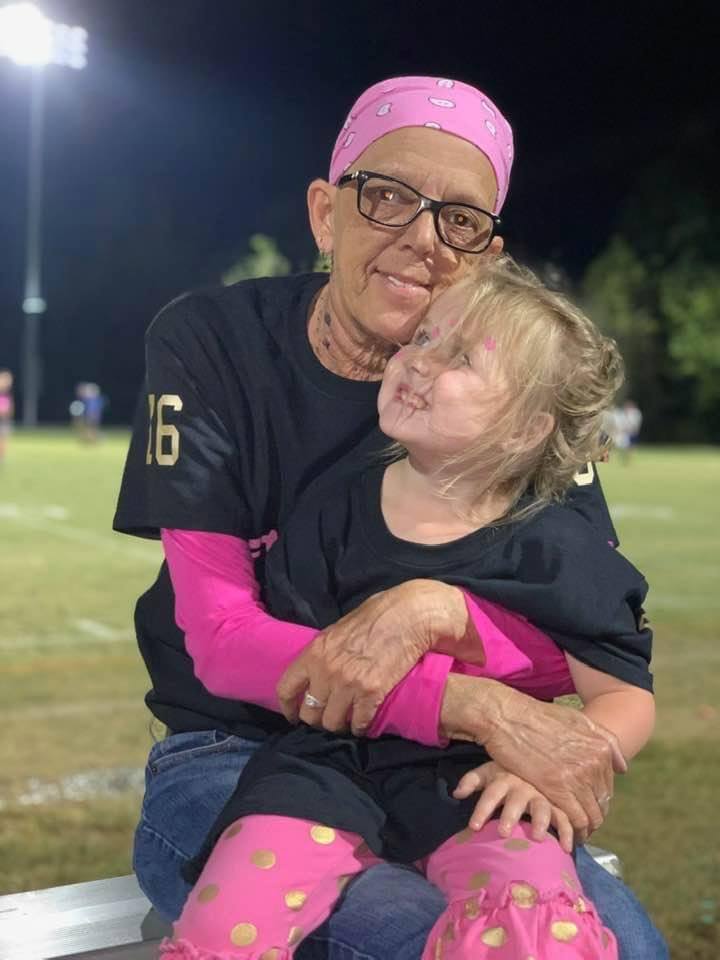 A single moment can change everything.

Such was the case for Kathy Templeman.

After feeling a lump in her breast two weeks prior to her yearly mammogram, Kathy called her family doctor. A diagnostic mammogram and ultrasound was scheduled.

“After the mammogram, I was told there was an abnormality that required further follow up with my physician and that my physician would decide what additional tests were needed after looking at my mammography examination,” Kathy said. “I was somewhat concerned and of course started to think, ‘What if this is cancer?’ I had felt really worn down for a while, not a lot of energy, but I just kept thinking it was just me getting older.”

The next step for Kathy was a needle biopsy, although she was doubtful that cancer would be found.

Then, in that single moment on April 14, 2019, Kathy was scheduled to see her surgeon and learn the results of the biopsy. She said it was a morning she would never forget.

According to the John Hopkins Medicine website, invasive ductal carcinoma (IDC) is the most common form of breast cancer, representing 80% of all breast cancer diagnoses.

After receiving the news, Kathy’s surgeon discussed what treatment plan he thought would be best.

“He first wanted me to meet with an oncologist,” Kathy said. “After both the doctor and I discussed which treatment was best for me, I learned I would have a double mastectomy surgery.”

On May 9, Kathy’s surgery went well with a double mastectomy and the removal of 26 lymph nodes from under her right arm.

“Once I had healed from surgery and after several other scans and tests, I started the first of eight chemo treatments the middle of June 2019,” Kathy said. “Not knowing really what to expect, I’d have to say I was a little bit nervous as I walked into the cancer center that morning. Once you are hooked up to the IVs or ports, here comes the chemo meds and several hours of sitting and waiting for the last drop and beep beep of the machines. I made it through treatment number one.”

For Kathy, the treatment itself was not difficult but the after effects of the chemo certainly were.

“Chemo drugs are rough on your body,” Kathy said. “For several days after chemo, I could not eat. Some days I could only drink water and a couple bites of sherbet ice cream. I also had a lot of fatigue for a week or so after. Then, just when you are feeling somewhat better, it’s time to go back for the next treatment.”

Two weeks after Kathy’s first treatment, her hair began falling out by the hand fulls. To avoid hair falling everywhere, Kathy told her husband Chuck to buzz it off for her. 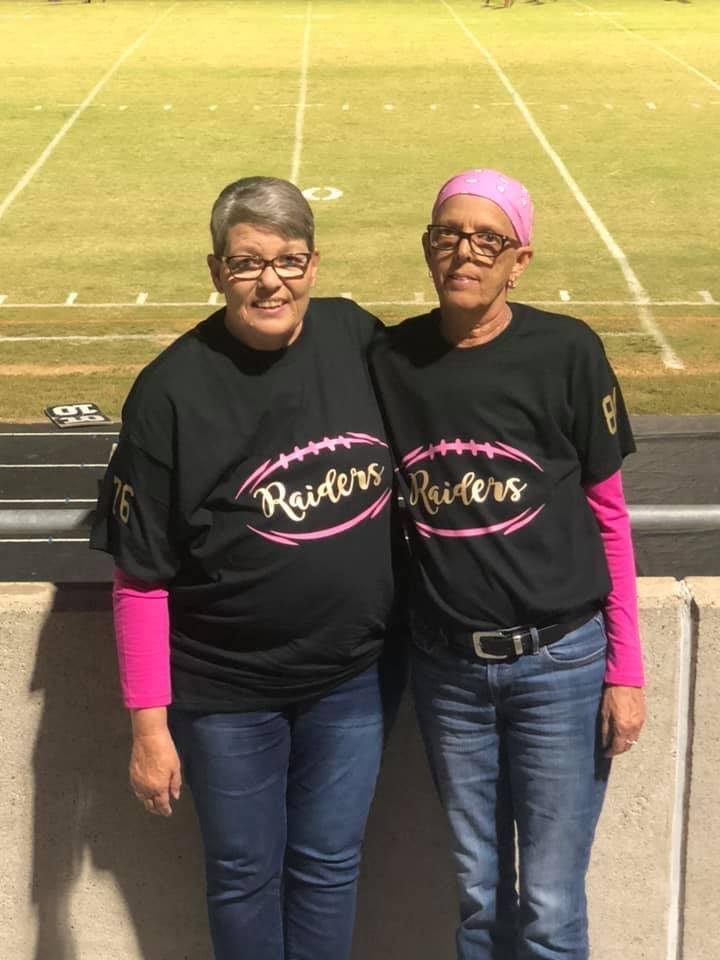 “Losing my hair never really bothered me,” Kathy explained. “Actually, it was the least of my worries. I now am the proud owner of probably 50 or so bandanas in every color you could want.”

In addition to the sickness and fatigue, another aspect that was difficult for Kathy during her cancer battle was being what she called the receiver.

“I’d much rather be the giver,” Kathy said. “It was hard to have to sit or lay and have my husband or my daughter doing things for me. I know their lives were put on hold for me, and that was hard for me. I’m very blessed with family and friends who were such a blessing in my time of need.”

Throughout her battle with IDC, Kathy said she never worried about “the cancer” because she knew many prayers were said on her behalf.

“I had help from all directions, family, friends, church family, and co-workers,” Kathy said. “On days when all I could do was lay in my bed, I would just say a simple prayer, ‘Lord, just help me.’ I give God all the praise and glory for getting me through one of the hardest times in my life.”

September 30, 2019 was Kathy’s last day of chemo. She is currently cancer free, but must continue taking medications and shots for five years.

For others fighting cancer, Kathy said it’s important to know that it’s a long battle but to never give up the fight.

“We are all tougher than we think we are,” Kathy said. “Even though it may be hard for you, and it was for me, accept the help of others. They want to help you through the battle because they love and care about you…Things will get better. Every step you take, each chemo treatment you take, each bad day you battle, God is right beside you and will see you through the fight of cancer.”

Kathy said it’s also important for family and friends to let their loved ones who are battling cancer know that they are thinking of them.

“Send cards, flowers, or whatever they need,” Kathy said. “I remember sitting and looking over at flowers and cards and my thoughts being about how beautiful the flowers were and reading the cards several times. If only for a few moments, my mind found comfort from the sickness. Most of all, lift them up in prayer!”

Although one moment changed Kathy’s life forever, it is in such moments along life’s journey that serve as reminders that no one is alone.