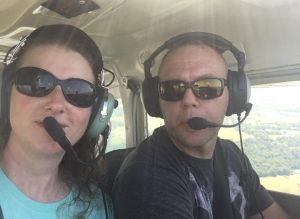 Many people throughout the region know Metcalfe County native Adam Avery. He has worked in various capacities with Kentucky Fish & Wildlife since 2010, and serves now as their statewide Training Coordinator.

However, it’s a far cry from the career he first thought he would pursue.

“I thought I’d be a pilot or go into law enforcement, but I joined the military.”

In 2002 he got his first taste of law enforcement when he went to work for the Edmonton Police Department.

As for goals of aviation, Avery says it just didn’t pan out, even though he considered pursuing the path of a Navy pilot.

Through it all, the dream of flying an airplane was always in the back of his mind.

“In 2018 I started talking about getting my pilot’s license. My wife said ‘go get it done’,” he said, and joked that what his wife Jamie really meant was to do it or stop talking about it.

He began his instruction at the Glasgow Municipal Airport with pilot Ed Begley, and is now working with Andy Brooks in Lebanon/ Springfield to further his flying education.

He obtained his private pilot’s certificate and Is now pursuing a commercial certificate.

Avery says that it is everything he expected and then some.

“It’s a challenge, and I like challenges. It is like riding a bicycle while juggling chainsaws,” he said.

Even now, with another accomplishment marked off, he is still challenging himself to further his new education.

“With another rating for instrument, I have to learn more about mathematics, atmospheric pressure, and so forth. I’ve navigated an airplane with GPS, and with radio frequencies. Always good when you do something new that puts your brain to work,” he said.

Although Avery isn’t sure of everything the future holds, he says that he is eventually going to pick up flying commuter planes as a part-time gig.

Although checking another item off of the bucket list is very rewarding, the biggest reward according to Avery is that he is setting a solid example for his children, Lawton and Morgan.

“I always tell my kids to challenge themselves and I want to show them that you should follow your dreams,” he said.

He added that his wife also made the bold move to change careers and follow her dream of being a teacher, and he hopes this example sticks with them in coming years.

“I want them to know they don’t have to settle for anything less than exactly what they want.” 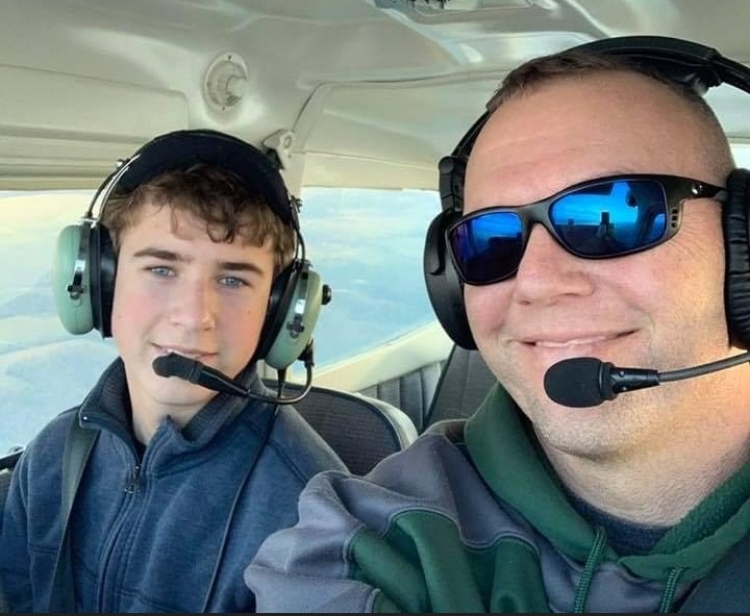 Avery flying with his son, Lawton. 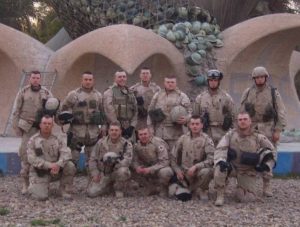 Avery during his military service.