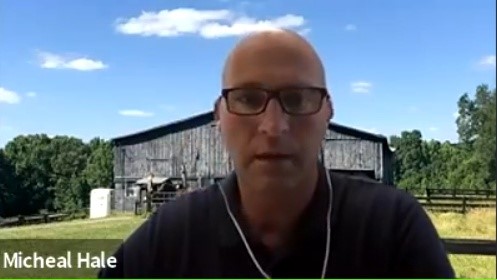 The Administrative/Budget Committee held a teleconference meeting last Thursday morning at 11 a.m. via Zoom and Facebook Live to discuss their budget for the 20-21’ fiscal year.

Part of the discussion was centered on payroll for the county’s various facilities, including the Sheriff’s Department and its deputies and the deputy jailers’ salaries.

The Sheriff deputies’ payroll budget was set at an amount of $940,000 for the quarter, with about 18.31% of that used already in expenditures. They also discussed the Sheriff’s fees and revenue, and showed collections of $98,795.49 for two months of the first quarter.

“They are tracking low, but they have not reached their peak time of collections,” Judge Executive Hale said. “They have not got there yet. But they are doing real well, I will say that.”

Sheriff Kent Keen spoke on the Sheriff’s Office as well.

“The Sheriff’s Office is 80% self sustaining,” Keen said. “Through fees and taxes and many things we collect, we are 80% self sufficient. Every year that we have been here, there has been money returned…Last year, for instance, $150,000 went back to the Fiscal Court.” 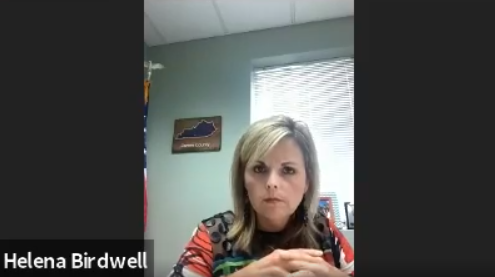 Helena Birdwell was eager to speak about their numbers and had nothing but good things to say about her staff. She also spoke to the committee about requests she’d received for raises.

“I cannot speak with more passion or gratitude for the job well done down here,” Birdwell said. “When I talk about asking for pay increases, this is something I take very seriously. This year, starting back in March, someone said it was like the wild wild west for all businesses, and the County Clerk’s Office was no exception. The doors of this office may have closed, but our service to this community continued with favorable results.”

“I know these folks have worked hard. I know they have, and they are bringing revenue for our County,” Hale added. “But we have to take care of them somehow, somehow, some way. I’m sorry we don’t have all the revenues and tax the other counties do. We don’t have occupational tax, and I’m not saying that we need more taxes. We don’t need more taxes. But we have to take care of our employees that are out there.”

Despite some concerns about raises by Billy Houchens and if they were viable given the ongoing pandemic, Jeff Botts suggested that the various departments put together figures that could be presented to the committee that could be reviewed.

“We’re not committing to anything,” Botts said. “We’re just going to see the line items and what they are wanting. That would give us something to look at, and not just these three departments. We need to get with every department head and tell them the committee wants to look.”

After additional discussion, they decided to put out the request that departments begin looking at putting together information in regards to possible raises, and Botts closed the meeting  by thanking those in attendance and those who tuned in.

“Everybody, including all of the employees of Barren County: we appreciate everybody, all of the department heads, elected officials,” Botts said. “Thank you all for the great job you do in the time that we’re going through.”

The meeting can be viewed in its entirety on the Barren County, Ky Facebook page.