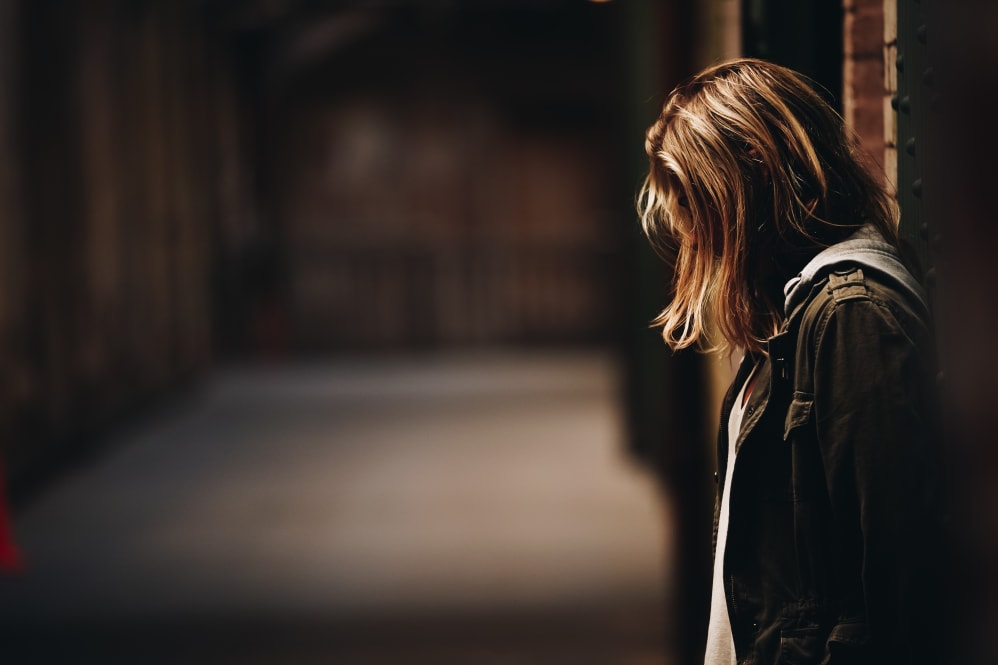 ‘It was all I ever knew’

Warning: This article contains graphic descriptions of a sexual and perverse nature.

Most little girls spend their time dreaming of unicorns and making dandelion wishes, but that was not the case for Amy*.

Born and raised in Louisville, Kentucky in 1991, Amy’s father began sexually abusing Amy and selling her to his friends for sex when she was only four-years-old.

Her father, once a corrections officer, is only a perverse abuser and alcoholic in Amy’s memories.

“I don’t remember life before that. It was all I ever knew,” Amy said in a candid interview last week.

The abuse Amy suffered was frequent and pervasive, but it was truly the only life she knew until she became a teenager and mustered the courage to tell her mother.

“I had a little brother being born, and I was so afraid for him, so afraid of what his life was going to be,” she said.

One might think that is the end of this sad story, but in reality, it was only the beginning.

Although Amy has never had contact with her father again, the problems stemming from her childhood traumas grew into a monster of enormous proportions.

“I met my trafficker when I was 18,” Amy said. “I saw it as a relationship in the beginning. I thought he was my boyfriend. I didn’t realize he was my pimp.”

To a healthy-minded individual whose life hasn’t been marred by repetitive abuse, such thinking might seem bizarre. However, it is not uncommon.

“It’s the Romeo Effect,” said Rugina Lunce of the KSP Human Trafficking Task Force, and it is surprisingly common in the sex trafficking industry where girls and women alike fall for pimps who use romantic courting tactics to lure them into submission.

Drugs played a significant role in both enticing Amy and later controlling her.

She said that when she first met her pimp, she had already established a pattern of substance abuse.

Amy’s mother, who had a substance abuse problem of her own, always had pills and alcohol in the house. Amy abused both.

Once she met her trafficker, cocaine was the next substance she became addicted to.

“It could keep me awake for days,” she said.

Only a month or so into what Amy believed to be a relationship, she was being shot up with heroin against her will and sold for sex online to strangers.

“It started with him asking me to just do him a favor to make a little extra money,” Amy said. “Almost all of it was online.”

“They were always strangers,” she added. She was sold for sex numerous times a night.

Although the men were strangers, based on appearances the men who bought Amy online were from all racial, social, and economic demographics.

In many instances, Amy said that violent, physically degrading, and harmful treatment to help the man play out pornography-like fantasies played a significant role in the abuse.

“Most of the time what the men wanted to help them get off was violent,” Amy explained. “I’ve been tied to beds and left for dead. I’ve been beaten and cut. My trafficker was almost always in the bathroom or outside of the hotel door.”

Amy also said that there were many occasions when the buyer would arrive, and she would already be bruised and bloody from previous encounters but said it was rarely – if ever – a deterrent.

“Even if they would see it, they would usually just say something like ‘I already paid,’ and it wouldn’t stop them,” she said.

Amy was trafficked for 11 years.

Amy was legally an adult when she met her trafficker. She admitted the situation was convoluted, complex, and hard to escape because she was being held under the control of sometimes invisible guises.

“I was being shot up with so much heroin, it was hard to make decisions about anything or even think clearly,” Amy said. “My trafficker controlled the money and the drugs.”

She also stated that she felt constantly threatened and was afraid to leave.

“Age is really just a number. The things that age should cultivate, the things that do cultivate in a healthy state of childhood development, don’t develop on a state of abuse,” said a Kentucky psychologist who deals specifically with trauma related to childhood abuse*. “Values like a sense of self-worth and an ability to make good decisions develop in a healthy state. For children who suffer childhood sexual and physical abuse, often times their thinking gets stuck at the age of the abuse, especially in the majority of instances that do not get critically needed counseling to overcome the abuse. Many times, that is the case because unhealthy families do not think to turn to counseling. The key, from a psychological vantage point, is to hopefully in adulthood find the strength to seek help on your own and age internally, age past the abuse. Excuses can become reasons once people get the help they need.”

On the other hand, Amy also said that there were times during those 11 years in which she saw the Johns as the victim and herself as the predator.

“I felt like I was using them. I was getting something from them and maybe even getting them back,” Amy said, further blurring the lines between prostitution and human trafficking.

In 2019, Amy was “on the run” from drug court for drug-related charges. Detective Ricky Lynn of KSP, who is well versed in identifying human trafficking, suspected there was much more to Amy’s story and pursued the hunch.

Amy’s trafficker and once boyfriend is now in prison.

Amy is in the first year of a long, difficult recovery that starts with fighting addictions and changing lifelong patterns of thinking.

As a casualty of human trafficking, all of her relationships in life have been categorically unhealthy.

“Even with my mother, we had a very unhealthy relationship,” Amy said. “I introduced her to heroin, and I got her hooked on heroin, and she died because of it. That will be four years ago in December.”

Amy is only 29-years-old. She takes life a day at a time and has an existence that revolves around structure and therapy.

Overcoming self-loathing has been key.

“I was raised in the Catholic faith, so I believe very much that if you did good you got good things, and you did bad you got bad things,” Amy said. “I’ve had to learn to get in tune with myself and build a healthy relationship with God, too.”

Regret, Amy stated, is not part of her vocabulary.

“There’s absolutely things I wish that I could change, but I know that I can’t,” she said. “I have to leave that behind me. If I hadn’t gone through what I’ve gone through, I wouldn’t be the strong person I am today.”

Psychological counseling, a recovery group, a Bible study, and two jobs help to keep Amy busy. Although she takes life a day at a time, she has her eye on the future when she hopes that she can turn her suffering into something valuable for others.

“This probably sounds cliche, but I want to help other women like me,” Amy said. “I want to visit jails, and I want to talk to the women who feel trapped like I did to let them know that there is a way out. A lot of the time I would take charges that should’ve been my trafficker’s. I want women like me to know they don’t have to do that.”

Amy also wants to someday write a book about her experience. She credits the Human Trafficking Task Force with having saved her life.

“I have all of the respect in the world for Ricky Lynn,” Amy said. “He told me he would help me, and he truly did. He did what he said he would do. And he literally saved my life because, there at the end, most of what I was being shot up with was full of fentanyl. It was only a matter of time before I was dead.”

For anyone laboring under the delusion that sex trafficking only happens in certain countries, metropolitan areas, or certain regions of the country, the victim stressed that those old notions have to be pushed aside.

“It’s everywhere. It happens everywhere,” Amy said. “It’s all around you when you don’t even know. And it definitely starts with pornography.”

Having had time to step back and examine her life free from the influence of hard drugs and desperate circumstances, Amy has advice for any child going through what she did as a kid.

“You are not stuck,” she said. “What happens to you doesn’t define you. It doesn’t have to be who you are. Don’t spend your life falling for a man who doesn’t have your best interest at heart.”

Although Amy’s father left her with an undeniably negative impact on her life, she is not sure where he is or if he is even alive, nor does she have any desire to know.

“I feel sorry for the man,” she said. “Because I’m a big believer in karma now. He is the one who treated me badly. I know that I’m a good person.”

*The name of the victim has been changed for her protection. The Kentucky Board certified psychologist who specializes in childhood sexual trauma chose to not use his/her name either in the event that anything said might make patients feel less inclined to openly discuss issues.