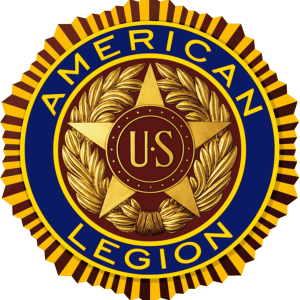 In a significant legislative victory for The American Legion, President Trump signed a bill this summer that declares the United States has been in a state of war since Dec. 7, 1941.

The American Legion sought the declaration as a way to honor approximately 1,600 U.S. service members who were killed or wounded during previously undeclared periods of war.

The LEGION Act (Let Everyone Get Involved in Opportunities for National Service Act) also opens the door for approximately 6 million veterans to access American Legion programs and benefits for which they previously had not been eligible.

“The new law that was just passed makes every veteran eligible to immediately join a post.  Prior to this law being signed by President Trump, only those veterans who served during the seven different “war eras” were eligible to join the Legion.  Our Post is proud to be able to accept all veterans!”

“Recognizing the service of these wartime veterans is the right thing do and it is long overdue,” National Commander Brett Reistad said. “The families of those who were killed or wounded during these wartime acts should take pride in knowing that we recognize their sacrifice and service. Moreover, we are proud to welcome any of the six million living veterans from the previously unrecognized periods into our organization and call them ‘Legionnaires.’”

“We are grateful that President Trump fully acknowledges the importance of The American Legion by signing the LEGION Act in the White House today – just one week after it passed the House of Representatives,” Reistad said, in a press release about the changed law. “In an era of partisan gridlock, Republicans and Democrats in Congress overwhelmingly recognized the importance of allowing thousands of honorable but previously ineligible veterans the right to join the largest and most influential veteran’s organization in the country.”

“If any veteran has a question about joining our Post, please contact me, Bill Lagermann, Post 65 Membership Chairman at (270) 432-2320 or email me at walagermann@gmail.com and I will be happy to supply more information about our Post.  We meet at 9 a.m. on the second Saturday of each month at the Masonic Lodge, 603 West Stockton Street, Edmonton.”

The next meeting will be Saturday, September 12 at 9 a.m.