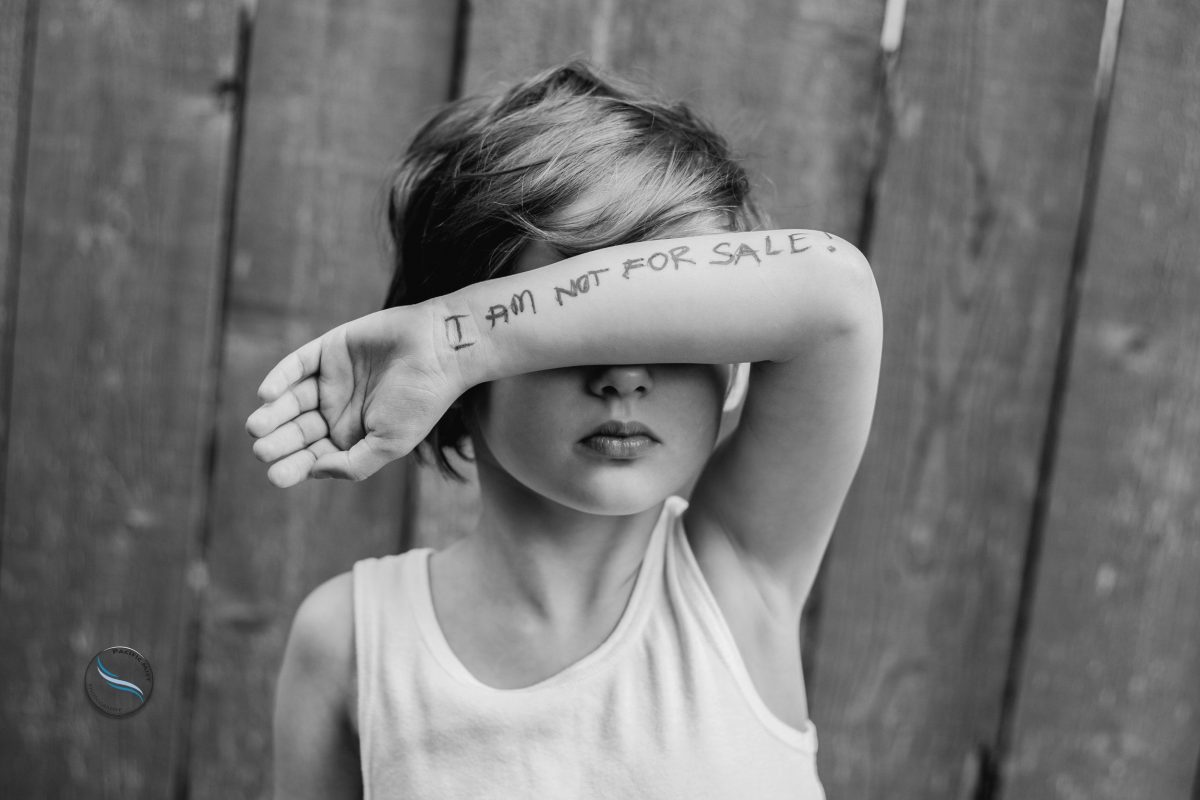 When it comes to human trafficking in Kentucky, statistics show that the state has a fight ahead.

Regardless of the vantage point, everyone from law enforcement to casualties of trafficking, and traffickers agree on the root of the problem: A nation obsessed with pornography.

The agency works hand in hand with other agencies across the country and around the globe, tracking a seemingly endless ocean of leads.

“The majority of the leads come from cyber tips, from the NCMEC (National Center for Missing and Exploited Children),” Richardson said.

Since its inception, NCMEC has had over 45 million tips.

Another national organization that is deeply involved and dedicated to helping this global crisis is Thorn.

“Every new platform and new technology could enable an abuser. It can also be our best weapon against them. We are dedicated to ending child sex trafficking and the sexual exploitation of children.”

Richardson says that when he was working with ECAC, there were anywhere from 50 to 60 open cases linked to Kentucky at any given time.

Much of what Richardson learned during those two years came from undercover chats with offenders and child sex trafficking victims.

“People need to know that there is a lot more going on with this than what people think,” Richardson said.

For example, the sexually exploited children can be any age from infant to seventeen years old.

According to Thorn’s statistics, one in every six of the underage children being abused is under the age of twelve.

“The victims are mostly female, overwhelmingly more female than male, but some of each,” said Richardson.

As for those viewing pornography, Richardson says it can be anywhere from a juvenile just beginning to experiment with their own sexuality, to the elderly.

Each and every day, videos with images of graphic sexual child abuse are uploaded to the internet. Although perverse abuse is as old as the human race, the anonymity the internet offers behind closed doors has made it that much easier for pedophiles to access. Sometimes, the obsession moves beyond fantasies fed by pornography and into action.

“When children are forced, or when teenagers are extorted or blackmailed into making these pornographic images, it feels like ongoing sexual abuse to the victim. They will feel abused all of their lives, because those images are out there, for pedophiles to look at over and over again,” Richardson said.

When it comes to adult human trafficking, Richardson says hundreds of thousands of ads have been uploaded in Kentucky on countless websites.

Backpage was one such website that was shut down in 2018.

While the website made human trafficking easier, it also helped authorities to track IP addresses and prosecute people.

“This problem is like cockroaches. When you are working in the dark and they’re all huddled up, but when you shine a light on them they scatter in 1 million different directions and that is what has happened here,” said Richardson.

The leads are endless, the problem is growing, and the odds are insurmountable.

The key, according to Richardson and other experts in the field, is education.

“Education is the best thing. There is a massive amount of misinformation out there. In all reality, it often consists of runaways in their teen years, people lost in the welfare system as foster children, and people being abused within their own family,” said Richardson.

While some of the myths that circulate the Internet may have some small glimmer of truth, like warnings about hundred dollar bills being placed on car door handles or ribbons tied to cars to “mark” a victim, these mostly myths that only add to the confusion.

Addressing the problem on the home front long before it becomes a problem is key.

“It is very important that parents know what their children are watching, what they have access to on the Internet, and who they are talking to,” said Richardson. Rugina Lunce of the KSP Human Trafficking Task Force agrees.

“Children have their own language now, they can have an entire conversation in just emojis. It’s very important that if you are a parent, you know exactly what they’re talking about who they’re talking to.”

“People think that maybe this just happens on a certain platform, but it happens basically everywhere on the Internet. It happens on Facebook, it even happens on Pinterest,” Richardson said.

”The predators who are after children know what to say to them. They know how to groom them. If that child says that they got a C on their report card, and their mom took the Xbox away, that pedophile knows to tell the child that they’re on their side.”

In 2015, 55% of victims met their abusers on an Internet app. Internet safety has been ranked as a top health concern.

“I reiterate, education is the biggest thing. Know what your kids are doing. Tell them not to get photos and physical descriptions of themselves to strangers,” Richardson said.

Richardson added that once the child has been coerced into sharing images of their naked body, or even meeting a stranger with bad intentions, they feel alone and isolated. It is the same for children who grow up with sexual abuse, or abuse of any kind, in the home.

“Once they come forth and realize that they are not alone, they often see that the situation is not isolated at all. It’s a big problem and it affects a lot of people, and “Richardson said.

*Amy, from Part II of this series, who was sexually exploited from the age of 4 onward, said she felt isolated and ashamed.

“Because it happened to me from such an early age, for a long time I just thought it was normal. But when I really started seeing that it wasn’t normal, I felt all alone. I was afraid to tell my mom, I was just afraid,” she said.

Identifying the problem and the root cause of the problem is important. However, it’s just as important for recovering victims to get the help that they need, whether they are 10 years old or 50.

“The abused often become the abusers,” said a Kentucky board-certified psychologist*. “It isn’t always the case of course. Some abused turn their life around completely and advocate for victims. It’s all in the thinking, and sometimes after a pattern of abuse, self-loathing, and self-hatred, the way of thinking has to be corrected.

That thinking starts in childhood. If you are a parent the most important thing you can do is help your child to feel confident and worthy of respect, and keep an open line of communication.”