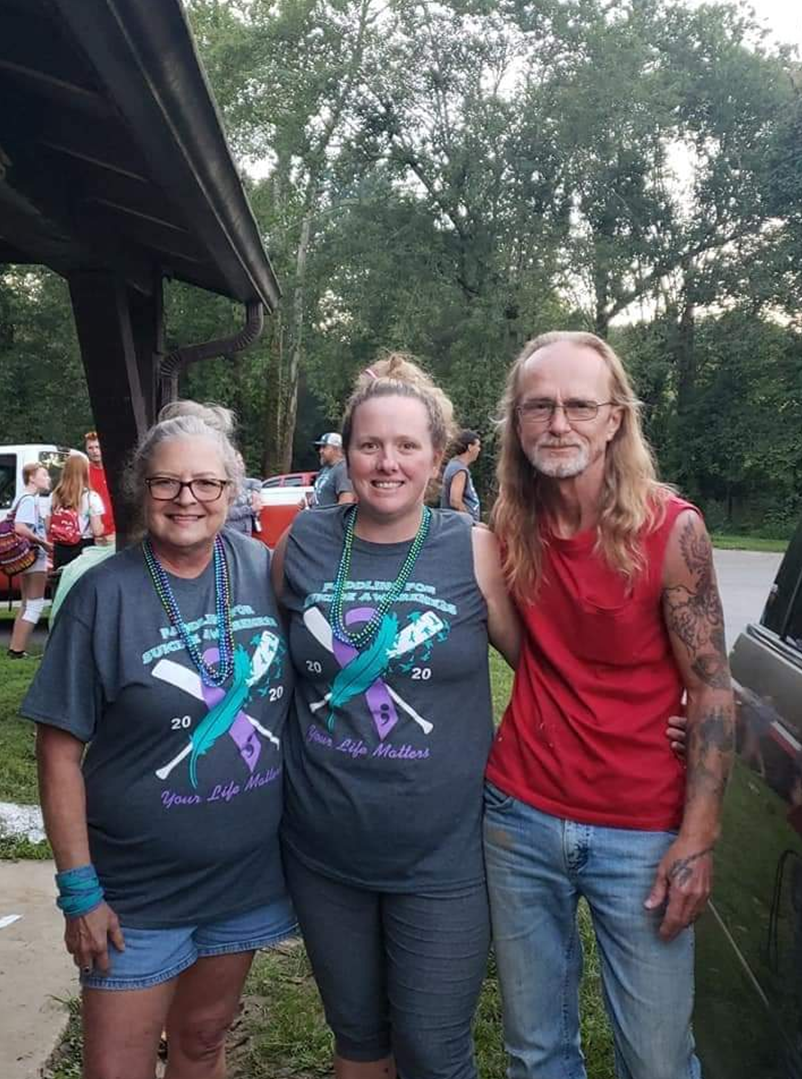 The annual Paddling for Suicide Prevention Awareness event in Munfordville was anticipated to be one of the biggest fundraising events of the year with an estimated 100 to 150 people expected to attend.

As the days grew shorter leading up to the event, things didn’t turn out as planned. Last Friday afternoon at, the Corp of Engineers reported a 16-foot water height for the Green River in the Munfordville area.

The event hosts, Christy Trowbridge and Jason Avery, had stated on the Facebook event page that they would not be having the paddle if water height was above 7-feet. They did, however, continue with the other planned activities including hot-off-the-grill food, a raffle, and live music from local artists Keith Kincaid, Cody Early, Kyle Doty, and Jason Evans.

“I was worried that we wouldn’t have a good turnout since we had to cancel the paddle since its such a large part of the event,” Trowbridge said.

But to her surprise, an estimated 100 people showed up to support the cause, and four brave souls did paddle that day. Dee Dee Akers, Chuck Bowen, David Bell, and Josh Funkhouser took on the high water in honor of the event and what it stands for.

Akers said that she paddled, “…For all of the loved ones we have lost too soon and the ones still fighting today.”

Akers’ father, Chuck Bowen, also paddled the high water. He also made a very generous contribution to the event by making the highest bid of $985 on a kayak that was won in the raffle and then auctioned off by the winner. Bowen said he paddled because he didn’t feel he was risking his life. Paddling is something that makes him happy and brings him peace.

When asked about his donations to the event, Bowen simply said, “It was a special day for a special cause, and I wanted to make it special.”
All proceeds from the event, including the auctioned kayak, are to be donated to the American Foundation for Suicide Prevention. This year’s event raised $4,600.