“We are struggling to honor the ever changing requirements and can’t seem to get any respect for the work we have done in following everything asked of us,” 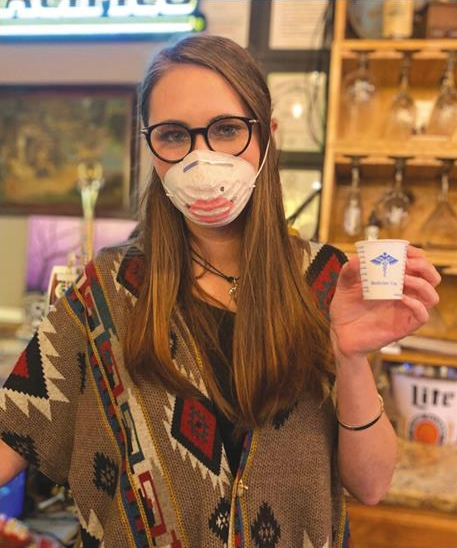 Plaintiffs in a recently-filed lawsuit are getting support from locals who feel “the troubling erosion of fundamental and cherished liberties” imposed by COVID-19 restrictions.

Last Friday, Dundee Tavern and The Back Door, along with gaming/vending supplier B.J.Novelty, all of Louisville, filed a legal action in Jefferson Circuit Court claiming the state restrictions on certain businesses have been “arbitrary, capricious and inherently unfair,” court records said.

The Dive of Cave City and Yancey’s Gastropub and Brewery of Glasgow are among the first local restaurants and bars to have shared their support for the actions because they too are struggling to adapt to mandates that restrict their business yet limit no requirements for fees, taxes, insurances, and other normal business expenses.

Leticia Cline, owner of The Dive, said, “The current curfew and occupancy mandates are counterproductive and limits our business from operating at a level needed to sustain the business model that has been successful for our operation.”

Jeff Jobe, owner of Yancey’s Gastropub and Brewery in Glasgow, said his team has managed to keep the doors open but it seems just when things start moving, “The Governor changes it all up again and throws more at us.”

Both Yancey’s and The Dive are fortunate in that they have managed to expand outside seating to help offset the inside occupancy caps, but if these mandates are still in place going into the winter months they aren’t sure they will be able to sustain the losses.

Jobe and Cline agreed that anyone thinking any business can operate at 25% or even 50% occupancy and limiting the most productive hours in the day has no clue what it takes to run a business and shouldn’t be making those type of decisions.

“Either shut us down completely or leave us alone,” Cline said.

The plaintiffs are asking for portions of Governor Andy Beshear’s “Healthy at Work” orders to be ruled unconstitutional, and if deemed constitutional compensation is being sought for loss of business under the restrictions.

Secretary of the State Cabinet for Health and Family Services Eric Friedlander and Dr. Steven Stack, the Commissioner of the Kentucky Department of Public Health, are also listed as defendants in the lawsuit.

The over 20-page lawsuit claims “(t)he Governor, and his designees, have and continue to engage in unconstitutional lawmaking; the Governor has inappropriately delegated his authority to his subordinates,” and “the Plaintiffs…operates in industries that are regulated by the Defendants.”

“Defendants’ deciding some activity is important while other activity is unimportant, are all value judgments made by politicians and are not based on science,” the lawsuit challenges. “Further, the orders at issue contain mandatory language, including the terms “must” and “shall.” 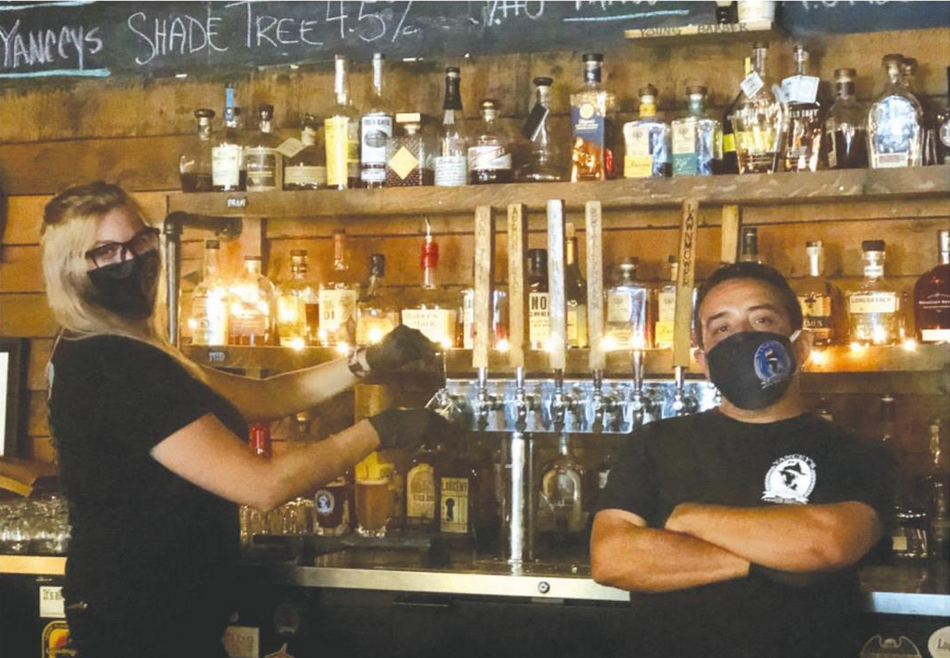 Bartender Tristan Phelps and Brewmaster Chris Lannan are hopeful their operation will be in full swing very soon.

In the lawsuit, The Back Door and Dundee Tavern said they would continue to implement social distancing for customers facing, operate at 50 percent capacity indoors, and conduct daily temperature checks for employees, but are concerned for loss of business due to imposed restrictions.

The lawsuit is seeking class-action status in order for other businesses with similar concerns to join the effort and requests compensation for income lost due to the reduced hours. There is cold hard evidence for losses coming from the most productive hours of these businesses. All are in agreement that it is too much to mandate curfews for law abiding citizens and private businesses.

“When you put mandates on citizens who know the rules and businesses who comply with them, then you just don’t respect the people in which you serve,” Jobe said.

Those filing the suit, as well as others joining, are teaming because these mandates are sure to have many of their fellow business owners closing and all because their industry is indeed being targeted unfairly.

“This is not just about a few local bars and restaurants,” Cline said. “This is about every small business owners who have had their life savings and decades of sweat equity destroyed because of mandates that just make it impossible to provide for themselves and their employees.”

“Each day, we watch as our Governor praises the same group of supporters and sit cautiously waiting for him to shut us down or make an example out of our entire industry because he has found a single example of someone not in compliance,” Jobe added. “I have never felt more like a child than hearing this grown man repeating, ‘Together we can do this’ and in the same breath disrespect the work of so many of us who work so hard to make our communities better.”

The carefully-crafted legal suit has used one of the Governor’s often used phrases against him.

“Plaintiffs pray unto the Court that it not permit the cherished and fundamental liberties enshrined in the Constitution to be another tragic casualty of COVID-19,” the lawsuit said. “To paraphrase the words of Governor Andy Beshear: ‘You can’t be doing that.’”

* In interest of full disclosure Jeff Jobe, owner of the Glasgow Brewery is also the publisher of the Barren County Progress.