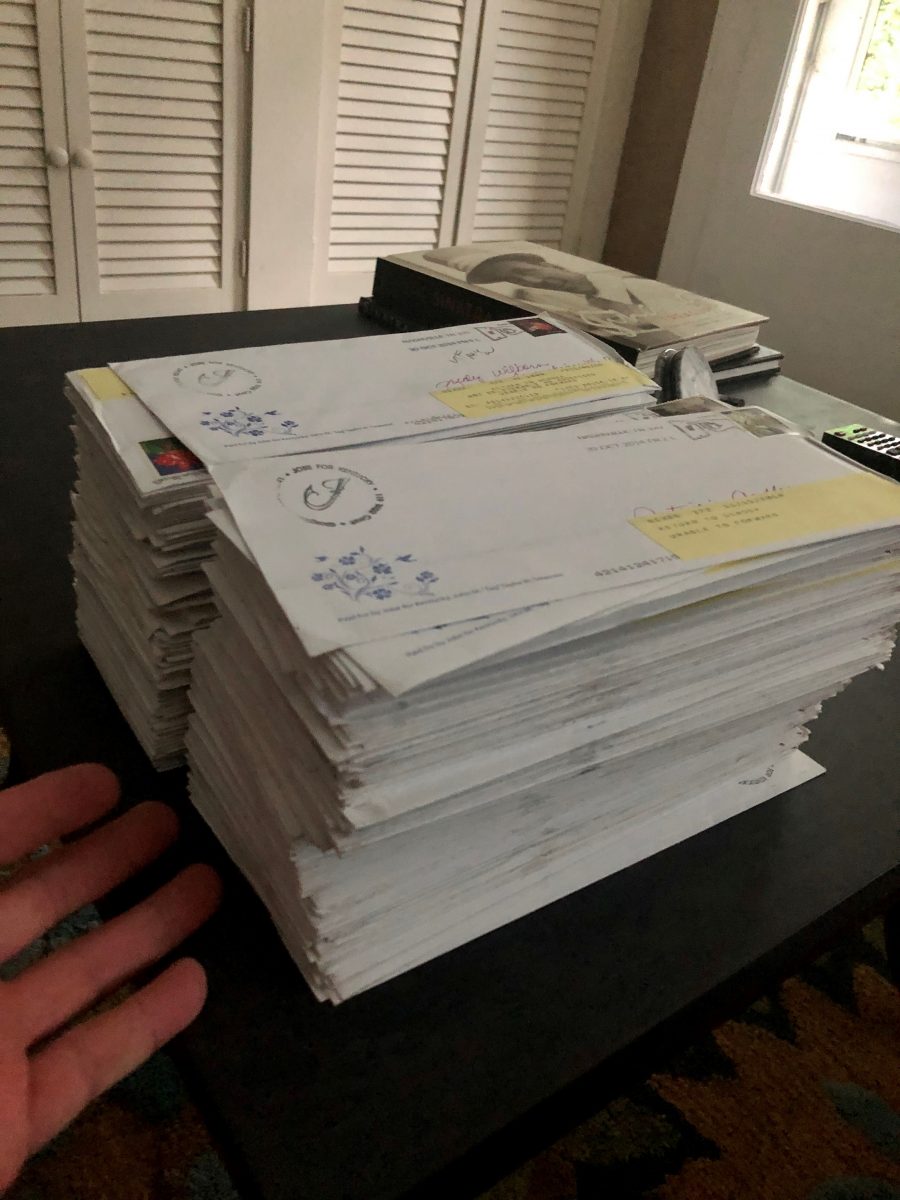 Several hundred letters still in possession from the 2014 general election returned to Glasgow after being sent to Nashville processing center. All were processed as first class mail, addressed and stamped as directed but never made it to the individuals intended.

Mail-in voting sounds so dang simple. For many, it is indeed an effortless process.  Write a letter, address it, and drop it in any of the conveniently located postal receptacles around town.

Yet, as a regular user, I can not endorse allowing something as important as our elections to be dependent upon it.

For the past 35 years, I have been associated with assuring that newspapers for subscribers get delivered on time each and every week. There isn’t a week that goes by that I don’t get a call, an email, a social media post, or some communication because a customer didn’t get their newspaper, part of it missing, or even evidence that it was read before delivery.

It seems that once the system is in place, we usually have wonderful service. My company’s staff labels the papers, codes them by route, places them in tubs or bags by carrier, and delivers as many of them as possible to the office for actual delivery to the customer.

This process is demanding, but we take pride in the relationship we have with each of our post offices.  We appreciate the work they do locally and strive to cooperate to the best of our ability.  It takes a team to get newspapers delivered in a consistent manner for tens of thousands of weekly customers in Barren, Butler, Cumberland, Edmonton, Hart, Metcalfe, Russell, and all adjacent counties.

The word “consistent” is what makes it possible. You see, our subscribers are set for an entire year and missing a week or so isn’t life threatening to either of us, but for the new subscriber it takes its toll.  The new subscriber is where the bulk of our errors occur, and we are seeing a tremendous amount of growing pains in several communities, especially Barren, Russell, and Cumberland Counties because of a new redesign and high demand for local news. I have more complaints today from our postal delivery than I have had in my entire career of publishing newspapers.

Just in the last 10 days, we have entered more than 1,200 new subscribers. Although most are delivered as specified, it takes a few attempts to get all satisfied. I have had to reach out to 40 subscribers during this same period to assure them that we want to better serve them and will follow through on making sure they get started, and although I have paid for delivery they never got, we credit their accounts.

Even with employees who care about the work they do, there are issues out of control for both my staff and our friends at the local offices.

Bad management forcing me to have my subscribers mailed a neighboring county and small pockets of the same county newspaper through Nashville, Tennessee is just plain ignorant and self-serving, showing no care for service.

The USPS system is as much human based as possible because of a union side affect to protect jobs instead of innovation. I have said it before and will probably say this another few times before I step away from my keyboard for the last time: there is no place for government unions.  Shame on you for putting your needs before those you serve.

We have seen them destroy education, our power provider TVA, and without a doubt lose their competitive edge for the USPS.

Let me elaborate on my experiences a little deeper.

In September of 2014, I was running for State Representative for a small region of my newspaper delivery area. Keep in mind this was a part-time job and one designed for a citizen representative, and I truly believed a person with admitted mistakes and public accomplishments  could be a good fit.

During this campaign, my mother shared some ideas for having me as a son, and we edited her words into a letter of which she felt other mothers would relate.  I spoke with Bill Smith, a USPS in Barren County, and he advised me to speak with a lady at the Columbus Avenue branch.  He said she handles this type of mailing and would be helpful.

I met with her and explained my desire to mail a personal letter to voters. She gave me instructions on how to address them, and I delivered them days before the date she indicated needing them to assure delivery prior to the November election.

The names and addresses came from the most current voter registration lists, and I would estimate 9,000 being mailed.  It took days of handwriting the names, addresses, and placing them in envelopes with stamps for mailing as specified – hard work on myself, my daughters, and other volunteers.  Mom wanted to hand address a few on her own, and it gave my daughters and I a reason to visit.

Within a couple days, my biggest and most exciting election effort of sharing my mother with other mothers was destroyed. It seems for some reason, either addresses being wrong, being placed in machines upside down, or perhaps that this Republican – a “right-to-work” advocate – wasn’t deserving of delivery.

More than 5,000 of 9,000 envelopes mailed were delivered to my home in Glasgow rather than the person clearly addressed in the proper area. As they came back, I threw them inside a cabinet close to where I sort my personal mail until it was filled, and over the years I have thrown most away to make room for other items.

I would bet every newspaper publisher in America can tell stories of unique delivery issues. I even remember a call from a customer while I was Director of Circulation in Lorain, Ohio who claimed to have gotten a newspaper delivered in which the crossword puzzle was already completed and several with obituaries cut out of them.

I’ll accept your hate for me because of inconvenient truth but have no desire to entertain a question for my love for family and desire for a better tomorrow for all Americans.

I write this column in honor of my mother, Helen Louise Jobe, who passed away last November, and I pray that people show up and vote. Don’t give anyone the opportunity to cast a vote intended for you.