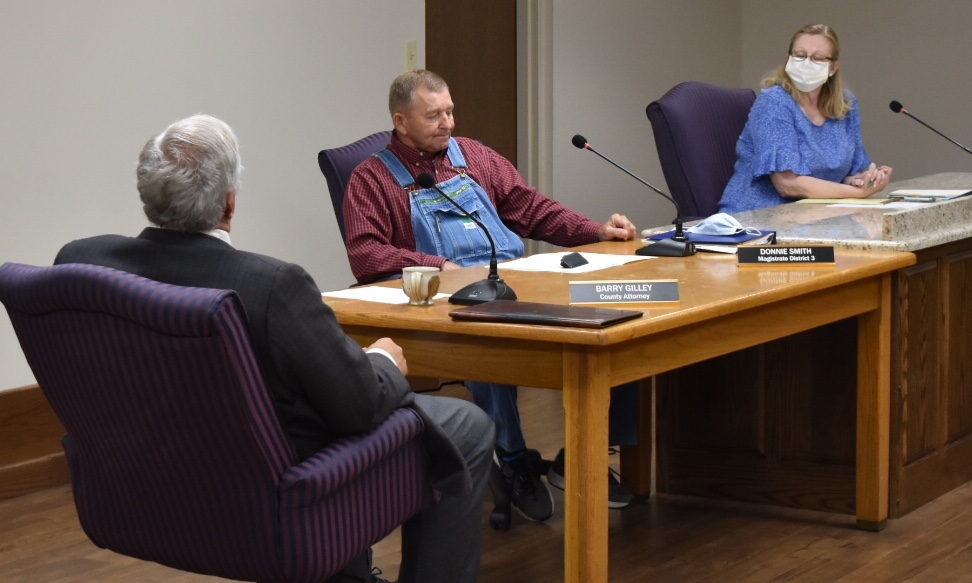 In a special called session of the Metcalfe County Fiscal Court last Tuesday, July 7, the intent to terminate the county treasurer was given.

Judge/Executive Harold Stilts stated that fiscal court has made the decision to proceed with the intent to terminate Vickie Stephens, County Treasurer, for neglect of duty, based on the findings of the 2017-2018 audit, disobeying an order to leave the file cabinets unlocked for other employees, and submitting bills to be paid before supplies were received.

The statement read noted that many discrepancies were found when comparing the county treasurer’s records to that of the emergency management director’s records.

The discrepancies included two disasters not being included in the fiscal year 2018 SEFA at all, even though 100% of the costs were incurred during the year on force account labor, materials, and equipment cost for repairs to roads.

During Stilts’ reading of the findings, Stevens interjected several comments to the court. After reading the findings to the court, Judge/Executive called for a motion for the intent to terminate.

There was no discussion, and the motion carried. Stephens then requested a roll-call of those present. All present unanimously voted yes, in favor of her termination.

County Attorney Barry Gilley pointed out that Stephens was also the fiscal court clerk, and a motion to terminate that position as well was made by Magistrate Donnie Smith, with Kevin Crain seconded the motion. Judge Stilts plans to appoint an interim court clerk as soon as possible.

The next regular meeting of Fiscal Court will be held Tuesday, July 14 at 9:00 a.m.