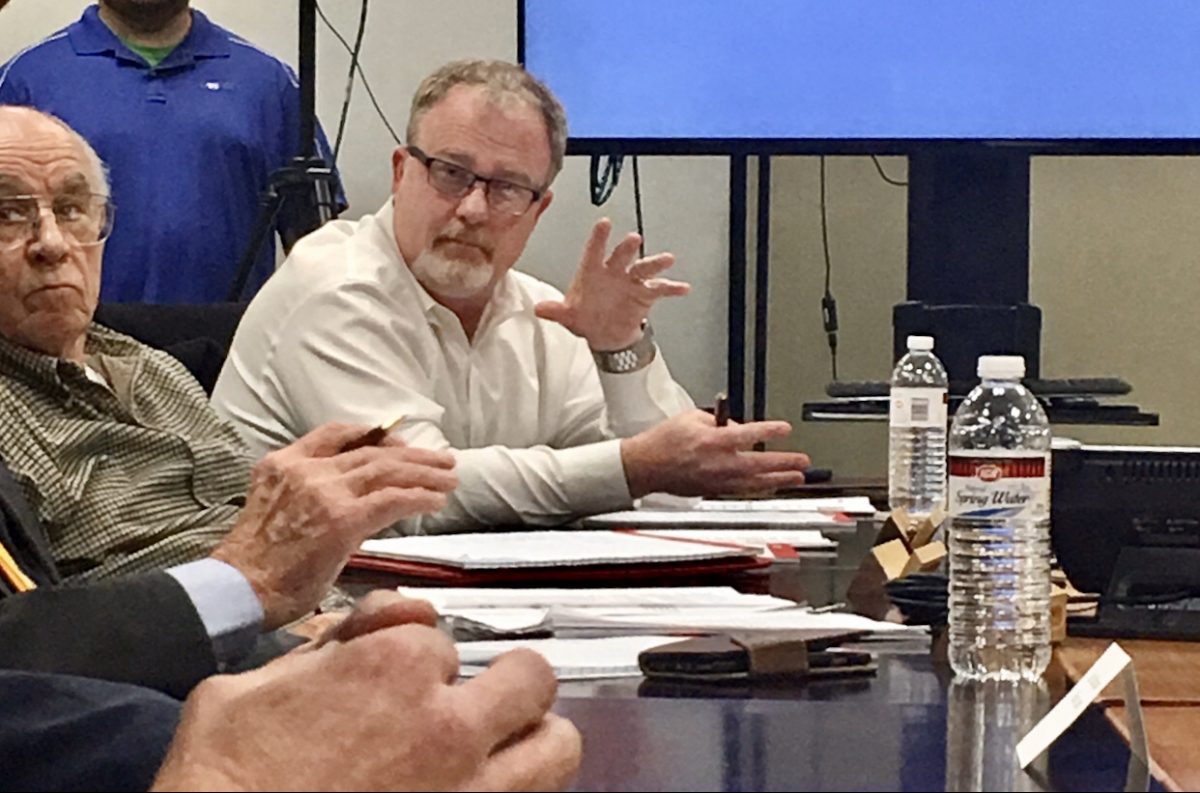 Taylor at right, is anticipating that the Honorable Circuit Judge John T. Alexander will allow his ruling to be appealed. If this happens the appeal could be in court for a year or more.
With the approved appeal Taylor has stood against the wishes of the Mayor of Glasgow, Glasgow City Council, The Kentucky Attorney General and the Circuit Court Judge and in essence taken over the GEPB.

“I’m amazed at the length Tag and some will go to keep the public from really finding out what is happening at the plant board,” D.T. Froedge

Taylor wrote in an email communication on July 6 at 2:51 p.m., stating, “I have received this email from DT Froedge regarding a special called meeting for Tuesday July 7, 2020 at 4:00 p.m. Since Judge Alexander’s ruling indicating that DT is a board member was dated July 2, 2020 and since non-final, appealable orders are not valid for 10 days following the order, I request that you inform the media that there will be no special called meeting tomorrow.  DT Froedge does not have standing as a board member until all options to alter, amend, or vacate pursuant to CR 59.05 are exhausted.”

The email Taylor referenced was sent from Froedge’s address but copied the addresses of Marlin Witcher and Glen Prichard as well.  The Progress received this communication on July 6 at 9:34 a.m.

In response to the initial May 5 request for a special called meeting, Taylor indicated that he had reached out to the Glasgow City Council for help regarding Froedge’s resignation and would need an opinion from the Attorney General or the Circuit Court before he could allow Froedge to participate in any further board activity.

Official board minutes show that Taylor not only participated in meetings with Froedge, but approved numerous official GEPB minutes in which Froedge was listed as a member since the May 2019 resignation attempt.

The most recent ruling came from the Honorable John T. Alexander, in which he wrote, “Under Kentucky law, ‘the resignation of a public officer does not become effective until accepted by the proper authority, or by equivalent action, such as the appointment of a successor.’”

Froedge wrote in his resignation letter that it would be contingent upon its acceptance by Mayor Armstrong.  Judge Alexander referenced that although members of the Glasgow Electric Plant Board voted to accept Froedge’s resignation, this was not the ‘proper authority’ to accept it, and therefore the attempt at resignation was not effective.

Even with the Court out considering all the evidence, Taylor and GEPB board member Libby Short enlisted Councilman Patrick Gaunce to push for a vote from the Glasgow City Council to remove Marlin Witcher and Glen Prichard.  If Gaunce had been successful with having these members removed, then the forthcoming decision from Judge Alexander would have Froedge ineffective and without the votes needed to remove Taylor as Chairman and place Superintendent William “Billy” Ray on leave pending a termination hearing.

Gaunce was successful in getting the required number of council members to sign off on a June 26 closed session discussion, but there was no action taken upon returning.

“I’m amazed at the length Tag and some will go to keep the public from really finding out what is happening at the plant board,” Froedge said.

The email referenced KRS CHAPTER 96.770, utilities in cities, quorum in cities. Any special meeting may be called by the chairman or by two (2) members of the board, but if such special meeting is called, written notice SHALL be sent to all members of the board by the chairman or the secretary-treasurer. But instead, Taylor and Short in their capacities as chairman and secretary-treasurer have refused to comply.

Witcher and Prichard both confirmed their names were intentional on the memorandum requesting the special called meeting and Taylor was aware of it.

Prichard said, “We need to be certain we are doing what is right for our community and few disagree that an independent power consultant’s help wouldn’t be of tremendous value.”

This is the position Froedge, Whitcher, the Glasgow City Council and Mayor MD Armstrong had requested of Superintendent Ray and Chairman Taylor.  They have placed themselves in between this ever happening.

Taylor was given the opportunity to expand on his position and he said, “The statement speaks for itself, but it doesn’t really matter what I say. You will just lie about it anyway.  Make sure you quote that in its entirety.”