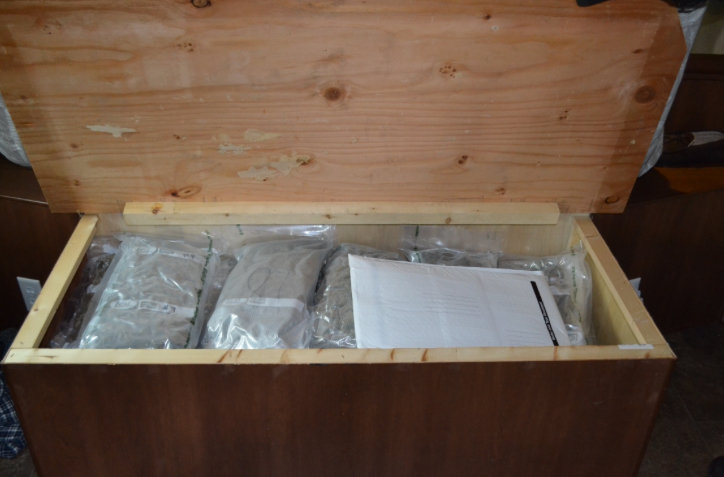 As less methamphetamine makes its way into America, the distribution of marijuana is on the rise. Pictured, 58 lbs of illegal marijuana was located in a camper on a Kentucky highway in the western district.

For nearly a decade the massive influx of methamphetamine from Mexican drug cartels has accounted for the majority of meth in America, including south central Kentucky.

However, as a result of COVID-19, less meth is making its way across the border.

“Because of the border closing, and the tightening restrictions with Mexico, very little meth is coming into the states,” said Captain Grant of the western district of DESI (Drug Enforcement Special Investigations).

That is a positive.

However, it is not that simple. It is too early to tell, but DESI officials anticipate a resurgence of old-school meth, of the home cooked variety.

“A lot of prisoners are getting out of jail, and for many who went to jail in the early 2000s, all they know is cooking Crystal because the cartel meth was not out there,” said Chad Winn, also of DESI.

Ultimately it is a matter of supply and demand. Without cartel meth being readily available, one-step and Red P cooks are sure to be on the rise.

“There are confidential informants willing to work, but they are having trouble finding the product. Anything over a fourth of a pound is unheard of, and informants use to be able to acquire many pounds easily,” said Grant.

“Informants driving to Louisville and Western Kentucky for resale now make the drive for just 2 ounces.”

COVID-19 has also affected the percentages of other illegal drugs.

Fentanyl and Carfentanil, which are cut with heroin and make it extremely deadly, have slowed down because the majority was coming from China.

However, marijuana and marijuana byproducts such as gummies, pills, and the like are on the rise and readily available.

“We are anticipating a manpower issue, if the shake and bake and one-step labs make the return we expect,” said Grant.

Only time will tell with the full gamut of effects from COVID-19 will be on the fight against drugs.