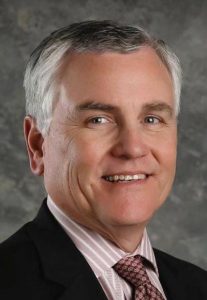 Special to the Edmonton-Herald News

Seven years ago, I penned an article entitled “Back to School…For the First Time.”  While I chronicled the many “firsts” the back to school season entailed, I included the following paragraph detailing my own personal “first.”

While we are speaking of “firsts,” I can say I know exactly how all of these students feel. As I type, I am wrapping up my first official month as Superintendent of Metcalfe County Schools and preparing for my first school year in this role. The welcome I have received from our school personnel and the community at large has been nothing but overwhelming.  I am honored and grateful to be serving in this role. It has been a few years since I “first” walked the halls of North Metcalfe Elementary and Metcalfe County High School, and since I “first” began my teaching career at NMES. May I never lose the memory of those first days of school when everything was new and possibilities abound.

As June 2020 brings a close to the school year, I am experiencing another first, that being retirement. When I spoke about the overwhelming welcome from the community in those early weeks, I can now say that same spirit has spanned my tenure as superintendent. The bond of support in our small rural community is beyond measure. Whether it was hosting the commissioner of education, the president of WKU, or the live broadcast of Kentucky Sports Radio, to a person, they all highlighted the warmth and friendliness of the local people.

The above referenced article opened with the line…”To everything, there is a season.”  I have used this expression many times over the past few months to explain my departure.  There is a season to come and a season to go. For my 35 year educational career, which began and now ends with Metcalfe County Schools, the season is over. I am finding this final month to be a bit harder emotionally than I expected.  However, I realized years ago if something was worth doing, it should be hard to say good-bye.

Our school system is now in the very capable hands of Mr. Josh Hurt.  Mr. Hurt will do an outstanding job not just because he is a person of integrity and great analytical thought, but even more so because he is surrounded by a staff and community dedicated to bringing forth the very best for our children. May God speed our students and community, and I remain…..”Metcalfe Hornets Ever!”