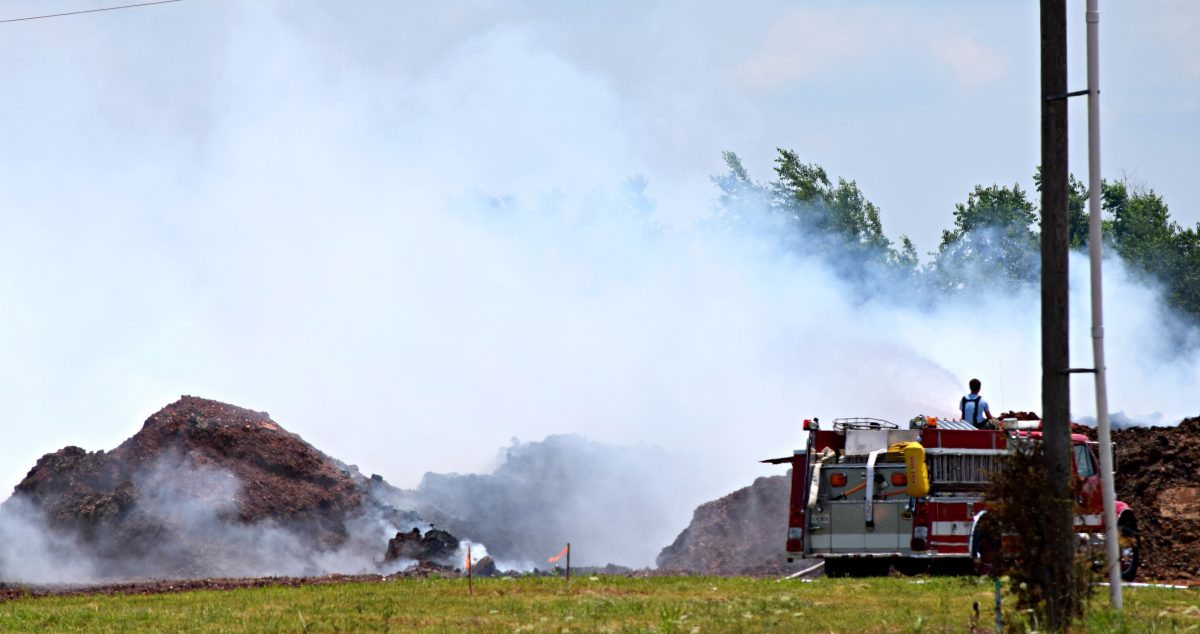 On June 19, the Horse Cave Volunteer Fire Department responded to a call regarding a fire at the Caveland Environmental Authority (CEA) Pretreatment Plant located on S. Butler Road in Horse Cave.

On fire was the large compost pile consisting of sawdust, leaves, and bark mixed with the waste, such as oils and grease, from T. Marzetti.

David Peterson, the CEO of the CEA, said the fire began at approximately 10:36 a.m.

“A little spot of fire started, and it spread on top of the pile,” Peterson said.

According to Horse Cave Fire Chief Donnie Parker, the fire was most likely caused by heat combustion from inside the pile.

No structures were damaged by the fire. 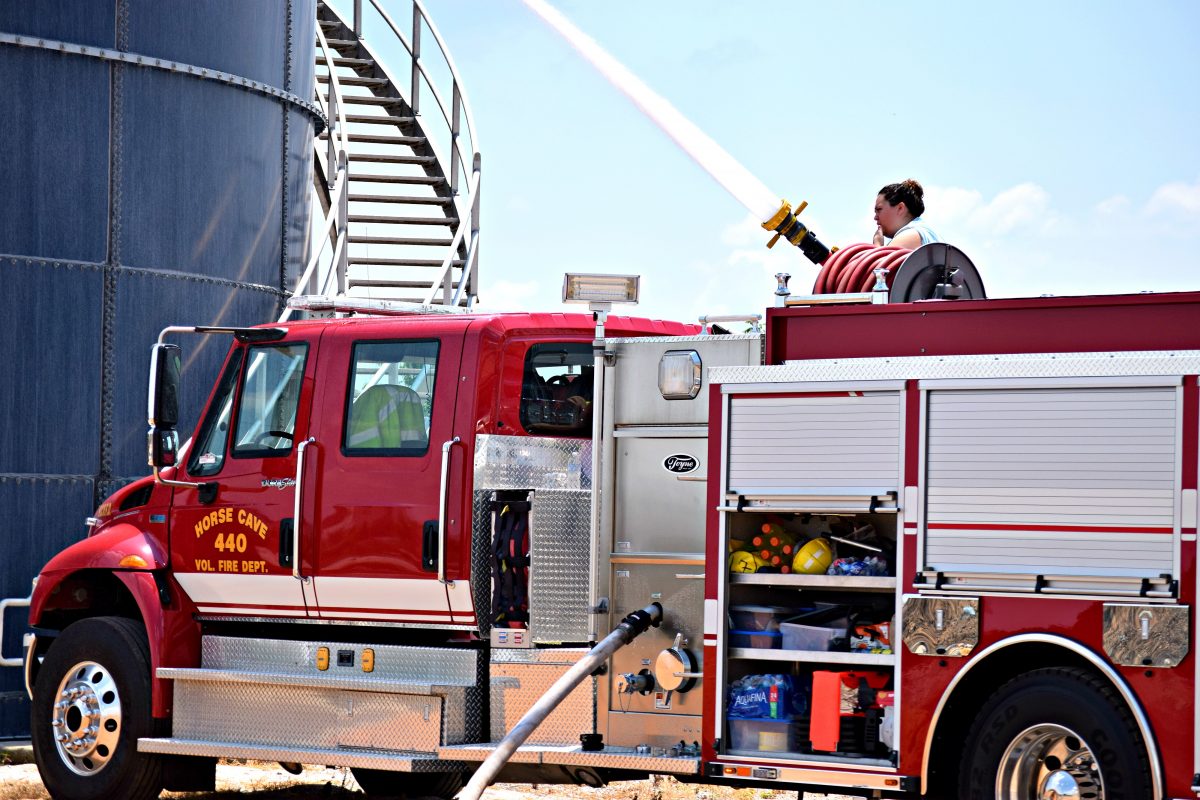 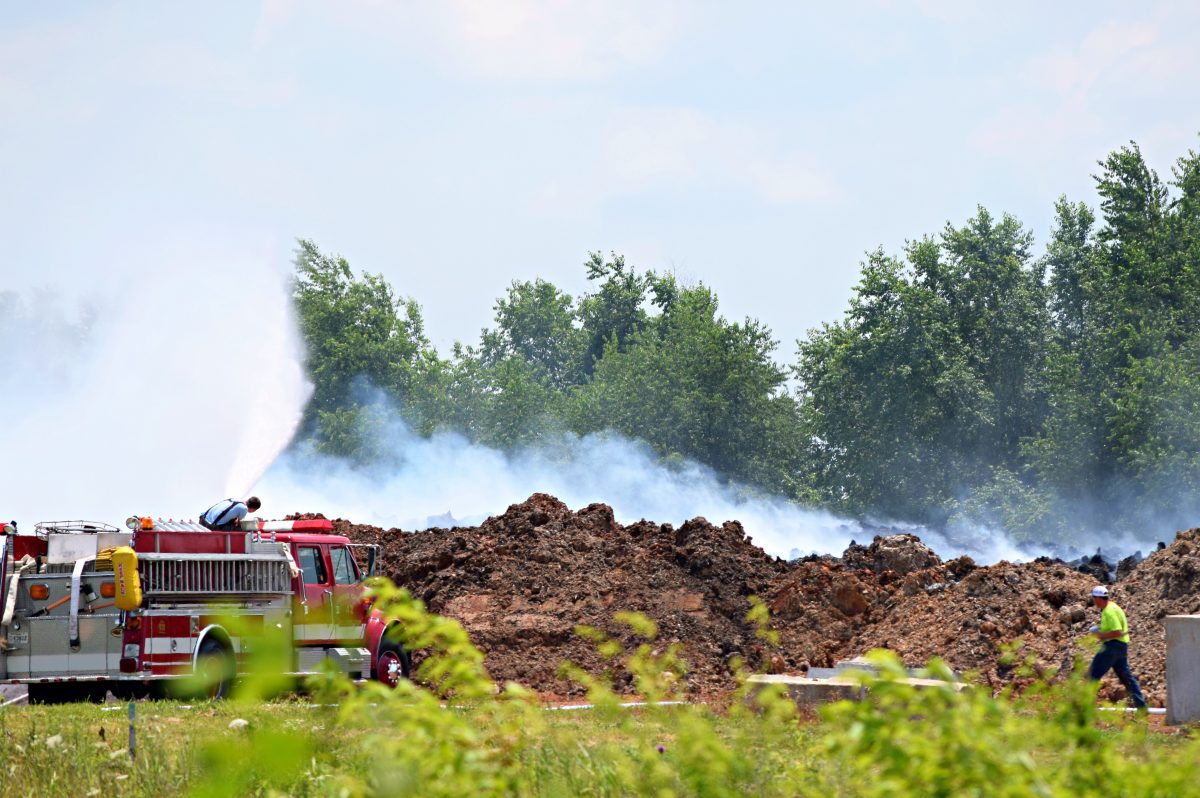