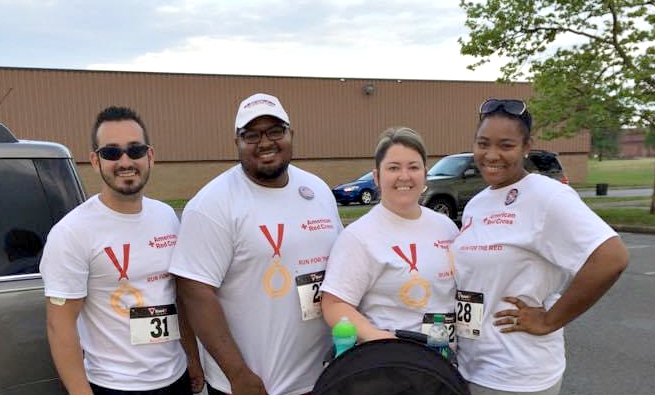 Dont’e Paul and Andrew Tucker are self-proclaimed best friends. The two men hunt together, attend sporting events together, and their own families even spend time with one another.

The friendship that these men share may not seem unique to some, but in the chaos of current events sweeping the nation, perhaps it is. Andrew is white, and Dont’e is black. But their friendship is color blind.

The men became friends through their wives who are also best friends.

“Donte’s wife (Whitney) and my wife (Leia) grew up together,” Andrew said. “Dont’e and I first met at prom, but we became close friends at a wedding Leia and Whitney were in. We roomed together and realized we both loved Alabama football, shared the same birthday, and we seemed to have a lot in common. Our friendship took off from there.”

With a friendship spanning 12 years, Andrew and Dont’e have continued to learn from one another and become like family.

“Dont’e is a caring person for all,” Andrew said. “He sees through negativity and finds positive in someone. He serves the Lord like no other, and he has a burden for those who suffer. God has blessed me with his friendship.”

“Andrew is way more than a friend. He is my brother,” Dont’e said. “My mom calls him son, but what makes him my best friend is that I can always depend on him to be there for me and my family.”

Both men agreed that they do, in fact, have different opinions and viewpoints on certain topics. But Andrew explained that both he and Dont’e agree that those differences will never separate their friendship.

“Dont’e is a true friend that looks over my trespasses and tells me the truth when I don’t want to hear it but need to hear it,” Andrew said. “He understands that we were raised up very differently. Yet, we have so much in common…God made us differently for a reason…Dont’e has strengths that I don’t, and I have strengths that he doesn’t. I know that if I called him at any time for anything, he would be there, and I would do the same for him.”

“Everyone needs someone to tell them the truth even if they don’t like it,” Dont’e said. “But they also need someone they can trust…He (Andrew) is loyal, trustworthy, committed, Godly.”

Among those issue that will never threaten their friendship is the issue of race. Dont’e and Andrew share the belief that all men, despite skin color, are created equal.

With the current turmoil across the country surrounding the death of George Floyd and others, both men view the issues at hand as a problem that lies within the hearts of individuals. 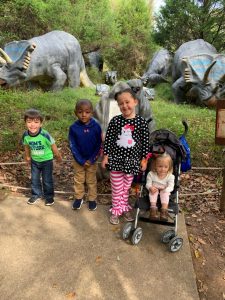 Dont’e Paul and Andrew Tucker said they will raise their children to look past the color of one’s skin and instead at the heart of a person. From left: Levi Tucker, Weston Paul, Carlie Tucker, and Carsyn Tucker.

“The problem is the heart of the people and the value of life,” Andrew said. “When I look at the situation, I see a lot of problems, but the only way to fix it is to look at everyone as equal. I am no more valued in God’s eyes than my neighbor, no matter what color they are. We must stand for these things and do it in a manner that creates change, not destruction. Love will overcome, and when people come together as one, our country will flourish. We have to be held accountable for our own actions and raise our children up to love all and steer from hate.”

As both a man of color and a pastor, Dont’e said the problem at hand is also a sin problem, but a problem that can be fixed nonetheless.

“Jesus died for sins, not for a color,” Dont’e said. “As a believer, I have to believe that God will right the wrongs, but I also pray that God will change hearts.”

Both Dont’e and Andrew’s beliefs are rooted in scripture from 1 John 4:20-21: “If a man say, I love God, and hateth his brother, he is a liar: for he that loveth not his brother whom he hath seen, how can he love God whom he hath not seen? And this commandment have we from him, that he who loveth God love his brother also.”

Dont’e is well aware that not all people believe this way. While he said that he never experienced racism until his time in college, he knows that it certainly exists. He asks that people everywhere realize that the nation must move forward with change in order to have equality and respect for all.

“If someone asked you do you want to be treated how society treats any race of color and you say no, that means you are aware of what’s going on and know that what is happening is wrong,” Dont’e said. “…By no means am I for people looting and rioting, but people need to understand that treating someone different because they are of a certain color is not right.”

As his friend, Andrew is well aware of this as well. 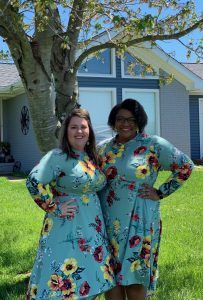 Like their husbands, Leia Tucker, left, and Whitney Paul are also the best of friends.

“Dont’e and I must show that color doesn’t create division,” Andrew said. “…We the people can make the change. I will stand and support my brother Dont’e because I know his heart is pure, and he would never want to see the destruction that is going on right now. He understands the value of life and understands how hard people work to build up their community and businesses.”

“There are some things I feel should be addressed as far as accountability and force that is used by our law enforcement,” Andrew added. “I don’t feel that as a whole our law enforcement is out to get someone. I feel very blessed with what we have in our area and how they serve, but there is always a bad apple no matter where you are or where you work. This is where the people need to step in and hold each other accountable and help each other do what is right.”

Although they have hope that the hearts of people will change, Andrew and Dont’e also know that their children may one day face the issue of race as well.

“My children don’t even understand what black and white means,” Andrew said. “They love Donte’s children as one of their siblings, and as long as I have anything to do with it, that will never change. But I do want them to know that there are some who look at Dont’e and his family differently, and I want my children to always stand for what is right.”

“…We are raising our children to love all people and be aware of what’s right and wrong and speaking out when you see it,” Dont’e added.

Many may not think that the friendship between a black man and a white man can exist in today’s society, but it certainly can. Andrew and Dont’e are proving that. They have spent more than a decade living life with one another and their families. But as the years continue to pass, these best friends will continue to be color blind. They will continue to look past skin color and instead within the heart of one another.

As in the words of Martin Luther King, Jr.: “Judge a man not by the color of his skin, but by the content of his character.” 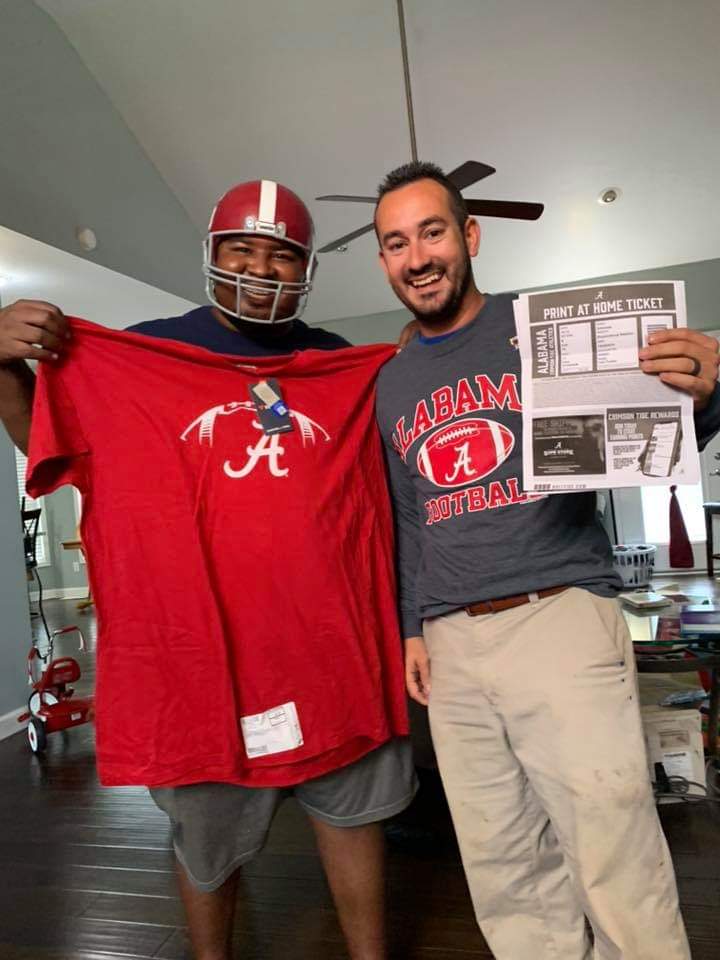