GLASGOW, KY. The Glasgow Daily Times has stopped the presses — for good. Staff members of the newspaper were told Monday that they would be laid off permanently by CNHI, LLC, the Alabama-based chain which owns more than 100 newspapers nationwide. Tuesday’s edition was the last to be published.

According to the paper’s Publisher, Bill Hanson the last Glasgow Daily Times print edition was produced and sent to subscribers’ homes and newsstands this past Tuesday. His statement indicated that the paper will transition to online only effective immediately.

In a statement to other media he said, “The conversion from print to digital only for the Daily Times is necessary due to major losses of advertising revenue during the COVID-19 emergency on top of burdensome print delivery costs, newsprint and ink expenses, and the production outlay required to run the presses. “Though the website will be maintained, there will be no local reporters remaining to supply content.”

Like most newspapers all over America, the Daily Times has suffered declining circulation and advertising revenue as consumers switched to reading their news online. But the fatal blows came in March when the spread of COVID-19 became a pandemic, and businesses everywhere shut their doors to prevent the spread of the virus. With the closure, those businesses had little need to advertise to readers who couldn’t come to their stores, so ad revenues — the biggest part of the cash flow for almost every newspaper — dried up.

The Times has been daily in name only since April, when CNHI reduced the publication schedule to Tuesdays, Thursdays and Saturdays. It was a move that the parent company made with many of its dailies, at the same time that it shut down four weekly papers in eastern Kentucky and one in suburban Birmingham, Alabama.

In a time when cities often had competing newspapers which took opposite editorial stances, the Daily Times advocated for Democratic issues, and battled editorially with the weekly Glasgow Republican. In 1967, Daily Times publisher Carroll Knicely bought the Republican but continued to publish it separately, sharing some staff and resources with the Times.

Knicely, whose name now graces a conference center at Western Kentucky University, sold the Daily Times to Arkansas-based Donrey Media Group in the early 1970s. Donrey moved the paper’s offices and presses from its old building at Green and Wayne streets to a new facility at 100 Commerce Drive, which the Times called its home until the end.

During Donrey ownership, the Times reached a peak circulation of more than 12,800 subscribers and spread its newsgathering reach into neighboring counties. A Sunday edition was also added during this time, which enabled high school sports fans to read about Glasgow Scotties and Barren County Trojans basketball and football games much sooner than before.

Donrey sold the Daily Times to the newly formed Community Newspaper Holdings, Inc., founded by Ralph Martin in 1997. Martin’s idea was to buy groups of newspapers which were geographically close to each other, then combine printing and back-office functions at central newspapers. The Daily Times was among 13 newspapers CNHI purchased in Kentucky, most from Donrey, but the Glasgow paper was somewhat distant from the rest.

Martin got the money to buy the newspapers from Retirement Systems of Alabama, the state employee pension fund. RSA head David Bronner had established a reputation of funding highly successful companies and endeavors which built up the underfunded pension fund from $500 million in 1973 to $38 billion in 2017.

At the time, newspapers were still enjoying big profits, but the coming of the internet marked a sea change in the industry, as legacy newspaper organizations struggled to adapt. CNHI newspapers, with over 200 titles at the time mainly in small markets, were often latecomers to the digital game and saw both readership and ad revenues fall. By 2003, the Daily Times circulation had fallen by almost two-thirds from its peak, and anticipated ad revenues from CNHI newspaper websites failed to materialize as online giants Google and Facebook came to dominate the nascent market.

Through those hard times, the Daily Times still maintained its own press facilities, which in years past were also used to print smaller newspapers elsewhere in south central Kentucky. But the press was later shipped off to a sister paper in Cullman, Alabama, and the Daily Times was printed on the presses of the News and Tribune in Jeffersonville, Indiana, just across the Ohio River from Louisville.

In the latter part of the 2000-2010 decade, the Daily Times and its sister CNHI papers instituted layoffs and staff furloughs in order to meet payment covenants to RSA, and the company closed some poorly performing small papers. Bronner merged the chain with Raycom, which owned numerous television stations, in order to sell both as a package. But the eventual buyer, Gray Television (which owns WBKO in Bowling Green and WAVE in Louisville), refused to take the newspaper chain as part of a deal, so Bronner split CNHI away from Raycom. Last year, Bronner’s RSA took full ownership of CNHI in what was essentially a debt-for-equity swap.

Struggles continued, though, and when COVID-19 spread across the United States, the loss of revenue was more than many of the company’s newspapers could bear. The first round of CNHI closures and publishing schedule cuts came in April. Three more small Iowa weeklies and another in Minnesota closed in May.

And with circulation dropping to below 4,000 and advertising all but gone, the Daily Times was the latest casualty.

Over the years, the Daily Times had a number of reporters, photographers and administrators who became well-known figures in the community. Among them were Knicely, who went on to build a small chain of newspapers and a printing company. Legendary managing editor Joel Wilson served the Times for 50 years, and passed away in 2016. Other Times alumni include former general manager Bill Tinsley and sports editor Fred Ganter; reporters Ronnie Ellis (who later became CNHI’s bureau chief in Frankfort), Connie Pickett, Gina Kinslow and Melinda Overstreet; longtime society editor Lenna Gray Wilson; and the Times’ last editor, Daniel Suddeath.

Perhaps the best known Daily Times alumni are photographers Bill Luster and Mary Ann Lyons Gerth, both Glasgow natives who went on to The Courier-Journal in Louisville, where they shared in a Pulitzer Prize awarded to the C-J staff for its coverage of a fiery 1988 crash near Carrollton, Kentucky. Twenty-seven people died in a bus from a Radcliff church which was returning from a trip to Kings Island theme park near Cincinnati; the bus was hit head-on by a drunken driver going the wrong way on I-71.

Luster is a photojournalism legend in his own right, having covered every Kentucky Derby for the past 54 runnings.

Robert Carter is a Glasgow native who began his journalism career at the Glasgow Daily Times just after graduating from Glasgow High in 1978. He went on to work as a personality for what is now known as Christian Family Radio, as well as at newspapers in the Birmingham, Alabama area. Now a freelance journalist, Carter’s last full-time reporting position was with a CNHI newspaper in suburban Birmingham; that newspaper was shuttered on April 22. 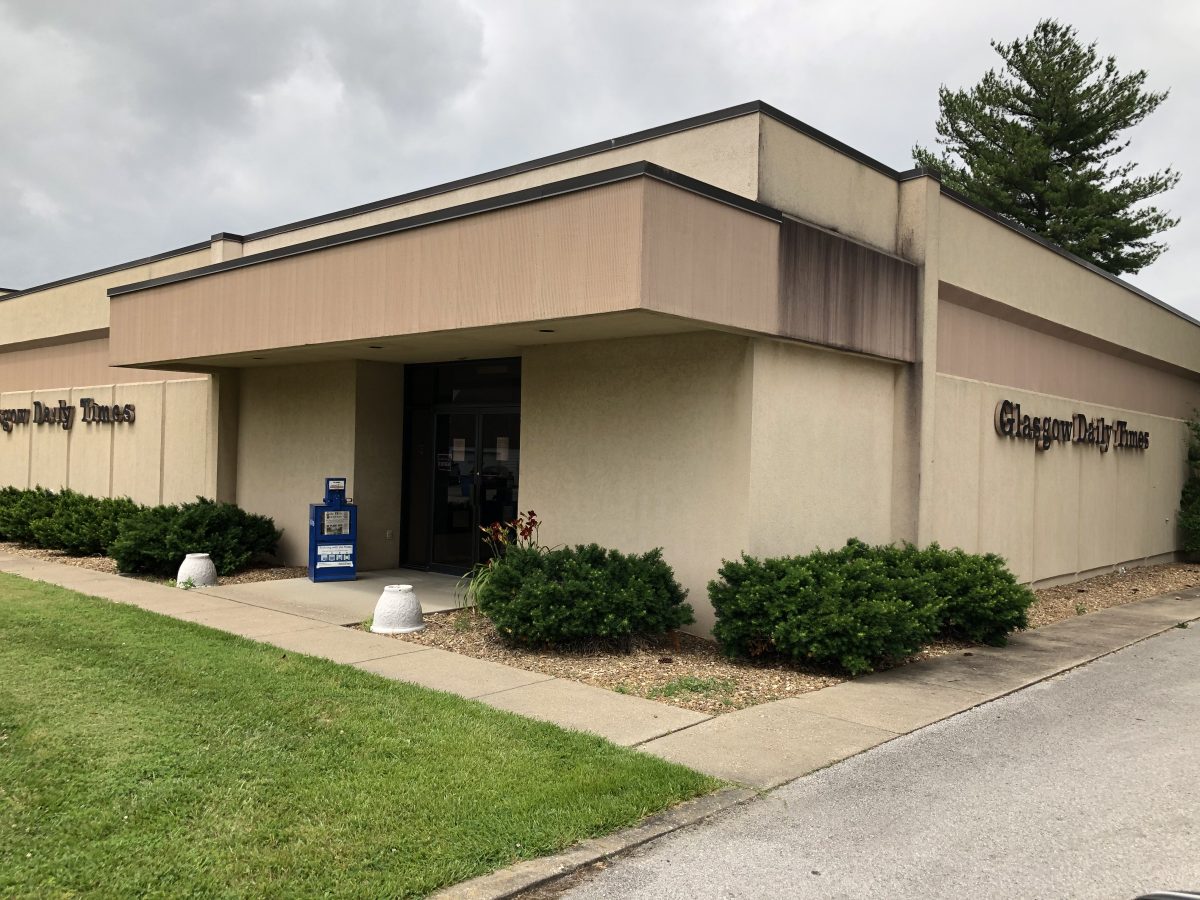