For the majority of the past year I have lived abroad. Since June of 2019, I have visited twelve countries, three continents, and lived in two separate countries other than my own.

Almost every country that I have visited, I was faced with people who look down on Americans. They point the finger and say gross generalizations about my countrymen. I have defended my country countless times in the past year because I know of America’s true values and people. I have always been able to tell myself ‘at least we aren’t as bad as this country’. There has always been a worse people, worse governments, and more unjust treatment. But with the current news of police brutality, protests, and killings, I am at a loss of words. Instead of the willingness and need to defend my country I, too, feel angry. I have a pit in my stomach that will not go away. Change isn’t happening soon enough. Innocent people are dying, the people are being ignored, and I no longer can justify action happening in my country.

It is not a political issue to believe in the Bill of Rights. As Americans, we have certain unalienable rights that should never be questioned. We have the right to protest. We have a right to free speech. We have a protection against unreasonable search and seizure. I am so thankful to have been born in a country that believes in such strong human rights, but I feel these are being pulled away from people in our country.

We deserve to feel safe in our own homes. We deserve to be able to stand up for what we believe is right. This is why the people of Kentucky should be upset about the mistreatment of people at the hands of the police. We must remember what it means to be an American and what makes us different from other countries. Why do we have to wait until it’s our brother or sister or friends?

The unjust actions are not just happening in big cities and states across the country from us, they are right here in Louisville, Kentucky. Breonna Taylor was 26-years-old and a graduate of the University of Kentucky. She was a dedicated EMT and served to protect the people of Kentucky. She was stripped of her right to a safe home and the protection against unreasonable search and seizure. Breonna was killed in her bed by police officers who invaded her home via a no-knock warrant in search of a man who was already in their custody. I believe it is a time for change and a time to join together for those who have died by people who should be protecting them.

I have always felt safe when around police officers, and I do believe most officers are there to serve and protect our citizens. But why do we defend those officers that break this oath?

Why do we accept death after death and justify the reasoning? We as a country are better than that. We have a right to feel safe and create a country in which future generations feel safe. There is no longer justification for the wrongful deaths of American citizens.

I am not an expert or even a writer, I am just a 21-year-old college senior who feels like enough is enough. I miss the feeling of being a proud American. I hope that these unjust killings incite enough anger in us to get involved, let’s support peaceful protests, donate to charities that help the families of victims like Breonna Taylor, and most importantly hold our government and police force accountable. Kentuckians should want to be on the right side of history and now is the time to stand together. I hope for the day when we no longer have to justify.

Reagan Jobe is the daughter of our publisher Jeff Jobe. She is a college senior at Transylvania University. Although her road is one traveled different than her father; truth and love can lead them to the same place. 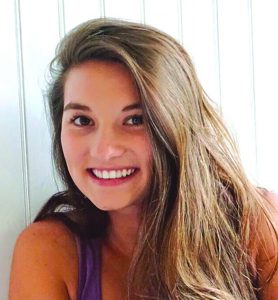