More fuel was added to the flame in the Glasgow Electric Plant Board (GEPB) controversy as William (Billy) Ray has filed a Motion for Leave to Intervene.

Ray’s motion came in response to the complaint filed by D.T. Froedge against the GEPB in which Froedge is seeking a declaratory judgement regarding the legitimacy of his membership with the GEPB.

According to Ray’s filing, the current disputes and the question at-hand regarding Froedge’s membership has put Ray in the position of not knowing who to report to and has also brought about questions regarding the board’s attempt to terminate his own employment as GEPB Superintendent.

Even though the Office of the Kentucky Attorney General declared on May 15 that Froedge remains a member of the GEPB, Tag Taylor continues to refute this decision and remains in his self-appointed control position. Taylor also continues to state in writing that the GEPB meetings which were held earlier this month were not done so legally. This is Taylor’s attempt to remain loyal to Ray and have him continue serving as GEPB Superintendent.

The current Motion for Leave to Intervene that has been filed by Ray seems less like a legal move made because of a legitimate concern and more like a SLAPP in the face against Froedge – literally. A strategic lawsuit against public participation, or a SLAPP, is a lawsuit that is intended to censor and silence critics to abandon their opposition or criticism.

Although the plaintiff in the typical SLAPP case does not expect to win the lawsuit, the plaintiff’s goals are simple: make the defendant succumb to intimidation, fear, and even mounting legal costs. In some SLAPP cases, repeated litigation against a defendant may even raise the cost of liability insurance for a particular party, thus interfering with an organization’s ability to properly operate.

SLAPPS also intimidate others from participating in the debate at hand, bringing about concern for freedom of speech as the plaintiff has no other intent other than to silence his or her critics.

It doesn’t take rocket science to put two and two together – or in this case Tag Taylor and Billy Ray – to discover what self-centered goals they are setting out to accomplish.

The question at hand this week: will DT Froedge, Marlon Witcher, or Glen Pritchard allow the SLAPP to work and step down?

Earlier in the controversy, Taylor tried to influence his majority to file the same type of lawsuit against the Barren County Progress.  Prior to the filing, they requested a legal opinion and found no grounds for such a suit and even advised that Jeff Jobe was truthful in his assertions and unlikely to change his mind.  Jobe is the owner and publisher of the BCP.

“I suspect the same outcome if anyone sincerely wanted to know if Ray was damaged in anyway,” Jobe said. “This is the first actual filing of such a suit.  However, the legal intimidation for potential lawsuits has helped them regain a majority.  It was such a threat that had a board member step down a few months ago and be replaced by Libby Short.”

Short has become a strong ally for Ray.

The Progress will continue to follow the issue at hand. Look for breaking news updates online at www.jobeforkentucky.com or follow the Barren County Progress page on Facebook. 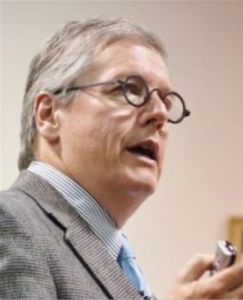