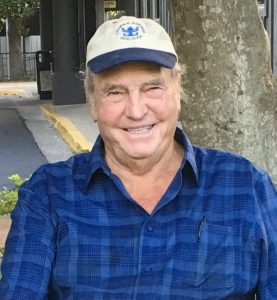 EDMONTON – While there are tears from those who love him most, we rest assured knowing there is laughter in the heavens today as Norman Lyle is making the rounds. He never met a stranger and trusted the world was filled with friends. Norman embodied strength, yet had the softest heart. Tears came easy and often over the years especially where family was concerned. Reading a handwritten Father’s Day card, getting sugars from his grandkids, and especially long hugs meant more to him than anything of monetary value.

Norman spent his life in the oil fields but never stepped far from the farming he loved. And as life slowed down he found renewed joy in raising sheep, his latest hobby. He had a lot of hobbies over the years, pigs and cattle, pheasants, emus and ostriches, peacocks, chickens, and guineas… the list is long. He also played a simply unbeatable hand of Rook and game of Checkers. His biggest joy however was always his family and he loved them with every ounce of his being. They were at the center of his daily prayers and his faith in God never wavered.

Norman was called home on May 22, 2020, 81 years old, he was born in a farmhouse in Metcalfe County. He is preceded in death by his father Emmett Lyle; his mother, Alma; brother, Don; and grandson, Tyler Lyle.

Funeral arrangements are being handled by Butler Funeral Home with a private graveside service at Hiseville Cemetery. Butler Funeral Home is both honored and privileged to be entrusted to the care of Mr. Lyle. Please share your condolences with the family at www.butler-funeralhome.com.