On May 4, a special called meeting for the Glasgow Electric Plant Board (GEPB) was announced to be held via Zoom videoconferencing on May 5 at 6 p.m.  Or in the event that the board cannot be connected, or maintain connection by video, the meeting will take place, or resume, in person at 7 p.m. CST in the GEPB board room. Social distancing rules will apply for an in person meeting.

According to the agenda, the special meeting was called by DT Froedge, Glenn Pritchard, and Marlin Witcher. As stated in the agenda, a notice to the public would include notifying the media, a written notice at the GEPB office, and a link and television channel of which the public could use to observe the meeting. All of which are in compliance with Open Meeting Laws per the Kentucky Attorney General.

Among the many items on the agenda included authorizing the GEPB Chairman to have a law firm to investigate – and if appropriate – seek the nullification of the 20-year rolling contract with Tennessee Valley Authority (TVA) and authorizing the Chairman to have a consultant investigate the advisability of the 20-year TVA contract and determine the options and costs available from other suppliers in the case that the previous contract with TVA be voided.  Per the agenda, a $50,000 contribution was appropriated by the City of Glasgow for this purpose.

GEPB Chairman Tag Taylor ignored the wishes of Glasgow Mayor Harold Armstrong and the City Council by pushing threw a vote for a 20-year agreement without the requested independent opinion.

Also on the agenda was to suspend Billy Ray’s position as Superintendent effective May 6, 2020 due to, among other reasons, failure to investigate other options available to the GEPB before signing the 20-year rolling contract.  According to Progress archives news stories and communications, Taylor and Ray were provided details showing that Glasgow was in a unique position, different from other TVA energy partners, in that there were others and not nearly as costly as was being presented to the public.

The agenda also stated that Ray’s suspension would be with pay until a termination hearing was held that must be requested by Ray and set within 30 days of the date. Failure of Ray to request the hearing before the 30 days would result in his termination.

However, by Tuesday morning on May 5, Chairman Taylor retracted the special called meeting. One of Taylor’s reasons behind not sanctioning the meeting request was because Froedge had tendered his resignation in June of 2019, stating that under KRS 96.770 Froedge does not have standing as a member of the board to request a special meeting.

A copy of a letter in the Progress archives shows that Mayor Armstrong shared with the board and citizens that he had asked Froedge to continue serving on the GEPB. Froedge agreed to do so several months ago.

Taylor himself wrote that Froedge had continued to participate in board activities since June 2019, yet he feels Froedge’s continuing role as a board member was unclear, even after having received the document from the Mayor and also Froedge’s participation.  Taylor stated that no guidance had been received as of yet from the Office of the Attorney General regarding Froedge’s standing.

It was also stated that the meeting must be retracted because as per KRS 96.770, the meeting must be called by the Chairman, in this case Tag Taylor, or two board members and that the Chairman or Secretary-Treasurer must provide notice to all board members of the meeting being called. Because of certain “irregularities” in the request for the special meeting was discovered by the Chairman and Secretary-Treasurer of GEPB, no official notice was delivered. With a requirement to provide notice to media outlets and the public within 24 hours of the special called meeting, the meeting itself could not occur.

The Secretary-Treasurer is Libby Pruitt Short. Short has been a colorful appointee in that she flipped from being a strong advocate for holding Ray accountable for community pain because of decisions he made to being a strong ally in pushing through all of Ray’s agenda items.

John Fleishaker, General Council for the Kentucky Press Association (KPA), is a well-respected top state legal advisor for such issues.  According the Fleishaker, the special called meeting could proceed.

“As far as my understanding of Kentucky Law regarding this subject, the meeting has been called in a proper manner,” Fleishaker said. “And if a quorum of the board shows up, it can conduct business and the media is entitled to attend.”

The Progress will continue to investigate this issue and provide information to the public as it is received. 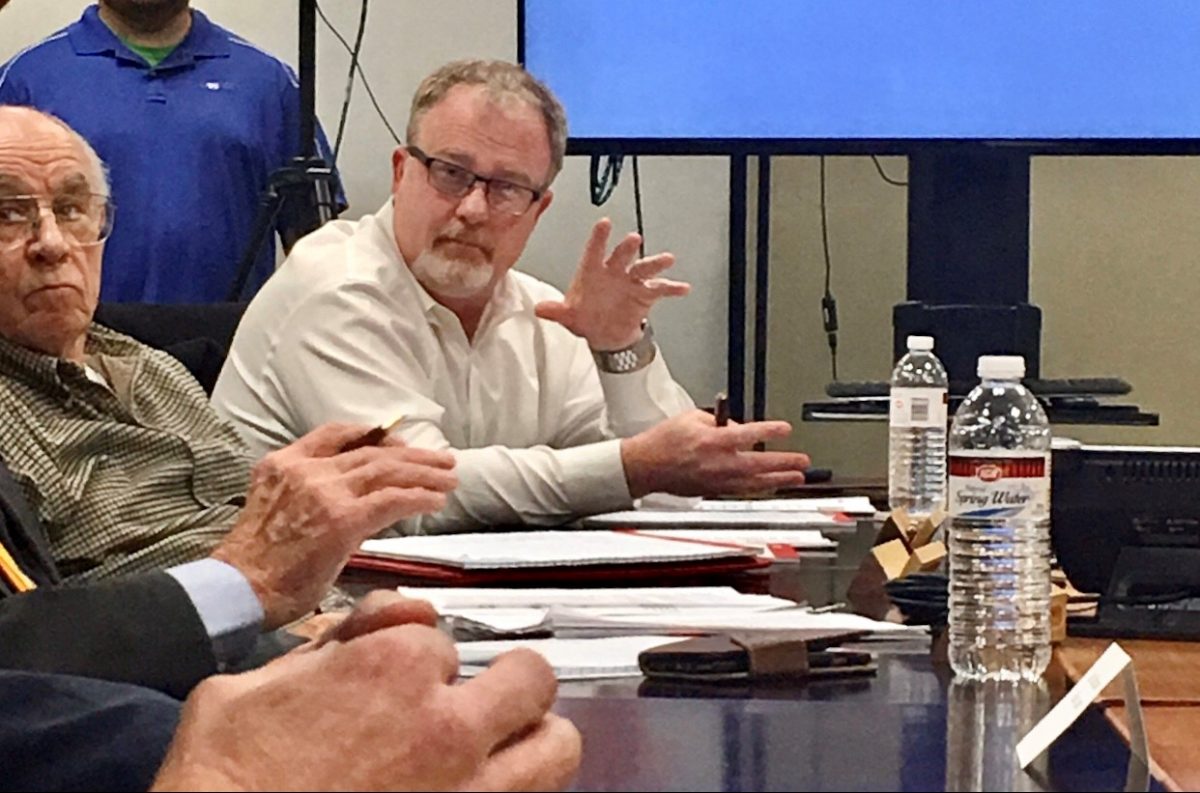 Letter from Mayor once again clarifying his position that Froedge had continuously served as a member of the GEPB. 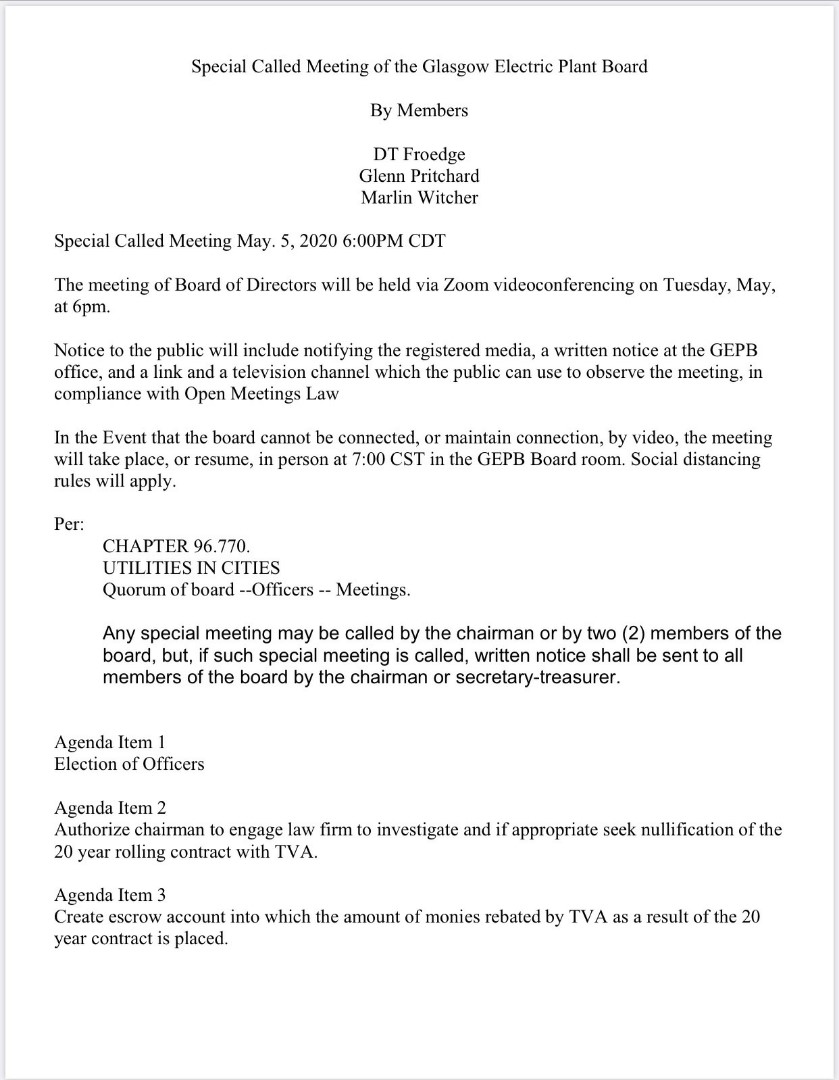 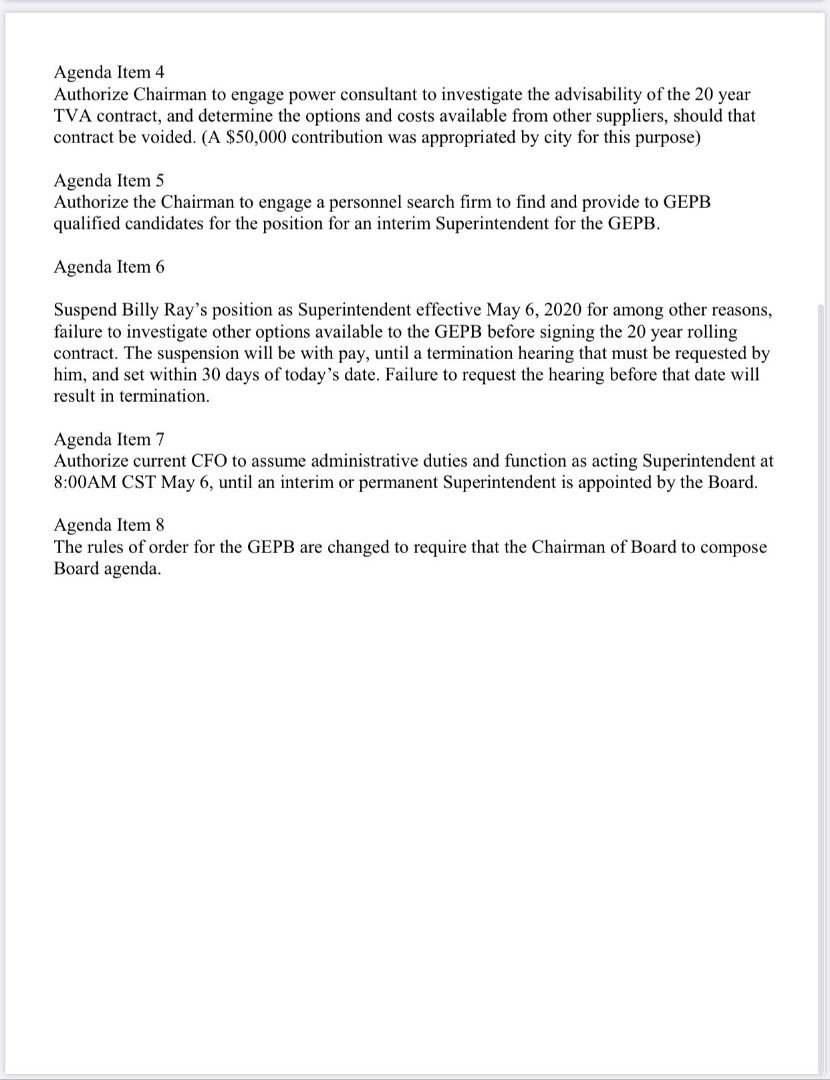 The two pages document requesting a special called meeting and the details of the meeting. Notice the meeting was requested by three board members and not specifically by Froedge as Taylor suggests.