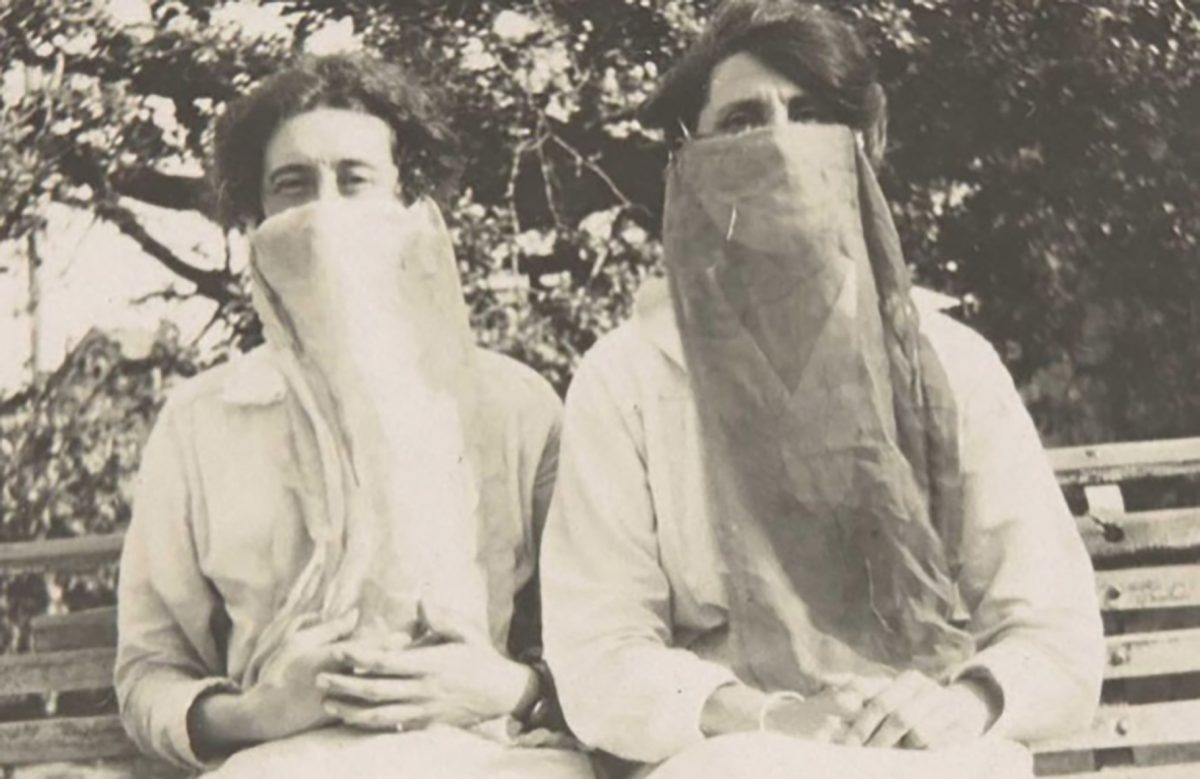 Ladies in masks during the 1918 outbreak of the Spanish Influenza, thought to he the worst pandemic in history.

Many people have commented that they haven’t seen anything like the Coronavirus pandemic in their lifetime, and it’s true.

The last pandemic was the Spanish Influenza of 1918.

102 years later, we still have a lot to learn about pandemics. What is a pandemic? How does it begin? What is the cause?

What is a pandemic?
According to the World Health Organization (WHO), a pandemic is the global outbreak of a disease or virus.

There are many examples in history.

On January 30, 2020 the outbreak was decidedly a public health emergency, and on February 11, the name of the new virus was announced: COVID-19.

Now, a few short weeks later, it is difficult to find any remote area of the globe that this unusual mutation of an existing virus has not touched.

Historic Pandemics
The Spanish Influenza, which claimed between 50 million and 100 million lives and infected a third of the world’s population in 1918 and 1919, is considered the most deadly pandemics in human history.

Despite the fact that the 1918 flu wasn’t isolated to one place, it became known around the world as the Spanish flu, as Spain was hit hard by the disease and was not subject to the wartime news blackouts that affected other European countries.

The 1918 flu was first observed in Europe, the United States, and parts of Asia before swiftly spreading around the world. At the time, there were no effective drugs or vaccines to treat this killer flu strain. Citizens were ordered to wear masks, schools and businesses were shuttered, and bodies piled up in makeshift morgues before the virus ended.

The first wave of the 1918 pandemic occurred in the spring and was generally mild. The sick, who experienced such typical flu symptoms as chills, fever and fatigue, usually recovered after several days, and the number of reported deaths was low.

However, a second, highly contagious wave of influenza appeared with a vengeance in the fall of that same year. Victims died within hours or days of developing symptoms, their skin turning blue and their lungs filling with fluid that caused them to suffocate.

In just one year, 1918, the average life expectancy in America plummeted by a dozen years. It unusually affected the young and otherwise healthy. More U.S. soldiers died from the 1918 flu than were killed in battle during the war.

Although the exact cause of the Spanish Influenza is unknown, it was caused by the H1N1 type of influenza virus, which is similar to the bird flu.

According to the Mayo Clinic, the bird flu is a zoonotic virus, and is caused by a type of influenza virus that rarely infects humans. More than a dozen types of bird flu have been identified, including the two strains that have most recently infected humans — H5N1 and H7N9. When bird flu does strike humans, it can be deadly. A bird flu is one of many examples of a zoonotic disease.

What is a zoonotic disease?
There are millions of diseases in the world, and virus-caused diseases make up a sizable chunk of the world’s emerging infectious diseases.

Usually the virus remains with one host species, because many barriers stand between each of us and that previously unknown infection hosted by an unfamiliar animal. When a disease breaks down the barriers between animals and people, it’s called a zoonotic disease.

One common aspect of pandemic-like viruses and diseases through history is they are often zoonotic in nature.

It’s rare that a disease penetrates those barriers to cause a global outbreak, which is why pandemics, though deadly, are rare.

What caused COVID-19?
Although there is much mystery around the new mutation of the coronavirus, there is a strong possibility that it is a zoonotic virus.

Genetic studies show that the virus resembles a virus common in bats, scientists believe another animal passed it from bats to people. Snakes and pangolins have been suggested for the go-between role, but nothing is certain yet.

Just being near an animal does not cause the leap from one species to another. On the contrary, the natural world, including animals, often help us to stay healthy.

Zoonotic disease from viruses is a combination of factors, including animal consumption, the living conditions of the animals in question, and the scientific means by which viruses mutate and travel.

Wet markets in China where animals are closely housed alive until bought and eaten is a poetical nemesis.

A study released in late March by world renowned genome analysts, suggests that COVID-19 may well be a chimera of two viruses. This unconfirmed data is still being researched, as are many relative theories.

How COVID-19 differs from historic pandemics
In 2020 the world is a greatly different place than it was in 1918.

On the positive side of the coin, we have made tremendous scientific advances in the way we research and combat new disease and viruses.

On the dark side of the coin, we live more globally that ever before, where it is easy for airborne pathogens to travel the globe at rapid speed through air travel, mail, and global commerce.

This makes the argument for living and buying local stronger than ever before.