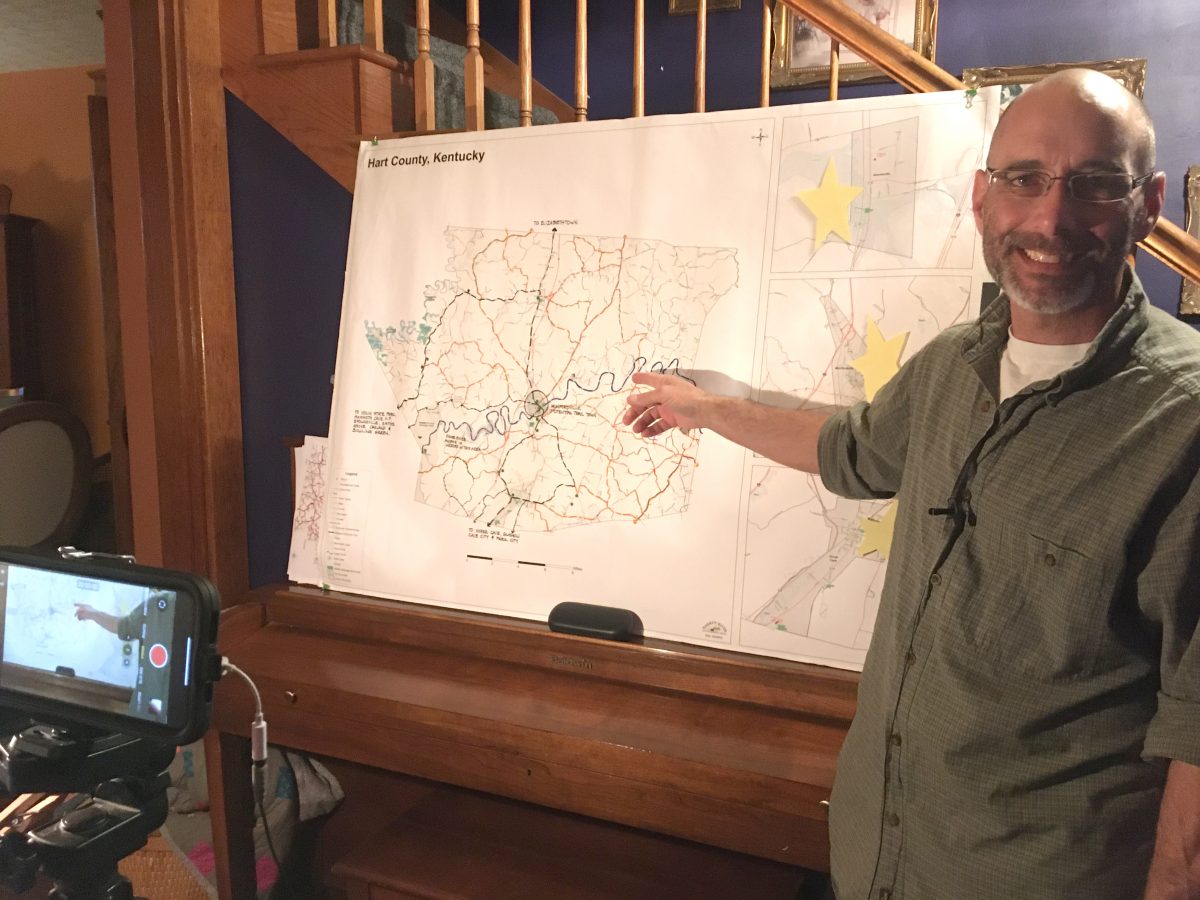 Pastor Tony Wright of River Pointe Church has recruited helpers to pray over each road in Hart County.

This series will continue to shed light on the positive actions of “helpers” in our communities who are inspiring others during the COVID-19 pandemic.

In life, many privileges that occur each day are often taken for granted. Checking in at work, visiting with family, dining-in at restaurants, attending church services – these are the normal routines that just eight weeks ago individuals in every walk of life never thought of losing.

And then it happened. A pandemic hit. Covid-19 swept across the globe, made its way into the U.S., and found itself in the bluegrass state. Life has changed drastically. People have fallen ill, schools and businesses have closed, and everyone has been asked to either stay at home or wear masks in public to alleviate the spread of the virus.

While there are several fighting the virus on the frontlines, there are also those who are helping in other ways. For one local pastor, his contribution is recruiting others to join him along the road of prayer.

Because of the pandemic, River Pointe Church in Munfordville is one of several churches that has swapped in-person services for live-streamed sermons on Facebook.

“We have stopped our public gatherings based on the request of our Governor (Andy Beshear) and recommendations from the Center for Disease Control and the World Health Organization,” Wright said. “Since then, we have been using social media to stay in contact and share encouraging messages with our church. We also text and talk with our body of Christ as much as possible.”

As a pastor, Wright explained that choosing to temporarily suspend church services does not mean choosing to suspend faith.

“I can’t speak for anyone else, but based on my personal understanding of scripture, I have the faith that God has established leaders and given us wisdom to follow them when we can,” Wright said. “This is a request the church can follow. Also, the church is way bigger than a geographical location. No one address can contain us. Jesus said wherever two or three gather He is with them, and with us having gone through the biggest communication shift in 500 years, we can gather anywhere. We have always tried to focus on the fact that corporate worship is only one hour of our week. There are another 167 hours each week for us to BE the church.”

The way in which Pastor Wright is encouraging others to be the church is by praying over every single road in Hart County and every single household that resides on each road.

“Early on, in the beginning of the pandemic, most people – like ourselves – were busy gathering resources in preparation for the coming weeks. God reminded us that one of the greatest resources available to us was prayer,” Wright said. “So, we decided to utilize that resource for our entire county.  While we couldn’t gather publicly, we could all gather to be the church through the action of prayer.  We laid out the plan and launched the Hart County Prayer Challenge through a video and blog and shared throughout social media…The focus is for every house on every road to be prayed for throughout the coming weeks, that they would have resources, health, and peace.”

Wright stated that the prayer list has right at 500 roads, including all of the streets in the cities.

“That’s not an official transportation number, just how we’ve divided the roads up,” Wright said. “Some people have told us that they want to pray for a certain road from one point to the next, and we’ve listed it exactly as they wanted.”

With the help of his wife Rachelle, Wright has posted videos on social media of himself speaking and displaying a large map of Hart County in the living room of their home. Individuals viewing the videos have been allowed to contact Wright to claim a road over which to pray. Although there is no exact count, is is estimated that well over 100 people have joined the movement and become helpers themselves.

“They are from all over the county, state, and some even from out of state,” Wright said. “And they are from several different churches as well. This is truly a ‘church isn’t a building’ project. We’ve had several leaders within the communities step-up and pray for entire areas that they pray for daily anyway.”

For Wright, the focus is, of course, prayer for the families that live on each road. But the pastor stated that joining together in prayer also provides a sense of purpose during troubling times.

“We think it’s important for us all to still feel a sense of togetherness right now,” Wright said. “We hope this will help bring us all together with a purpose to pray for those in our own communities. At times like this, it is normal for us to focus on the things we can’t do instead of the things we can. While we shouldn’t gather physically, we can gather in spirit and truth, united with a common goal and purpose.”

Every person and family in the county is being affected in some way by the pandemic, but Pastor Wright wants all to know that help is here, that it is found in those prayers being lifted up for each and every road.

“We want the people of Hart County to know they are being prayed for,” Wright said. “We hope that gives them comfort and helps bring them some peace during this time. If you live in Hart County, someone is praying for you.”

“We believe that God is hearing and answering our prayers,” Wright added. “So, this reminds us of the hope we have in Him. In times like these, hope is a powerful thing.”

Wright’s next goal is to recruit others to help pray over the 120 counties across Kentucky and also each of the 50 states and territories. For more information about River Pointe Church and Pastor Wright’s prayer goals, follow River Pointe Church’s Facebook, Instagram, and YouTube channel.

Join us next week as we continue the “Look for the Helpers Series” with grocery store workers. 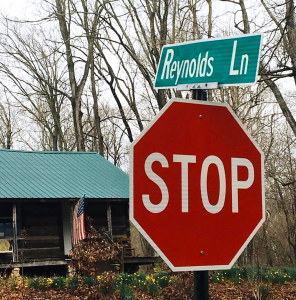 There are 500+ roads in Hart County that are being prayed for, as well as each household that resides on those roads.