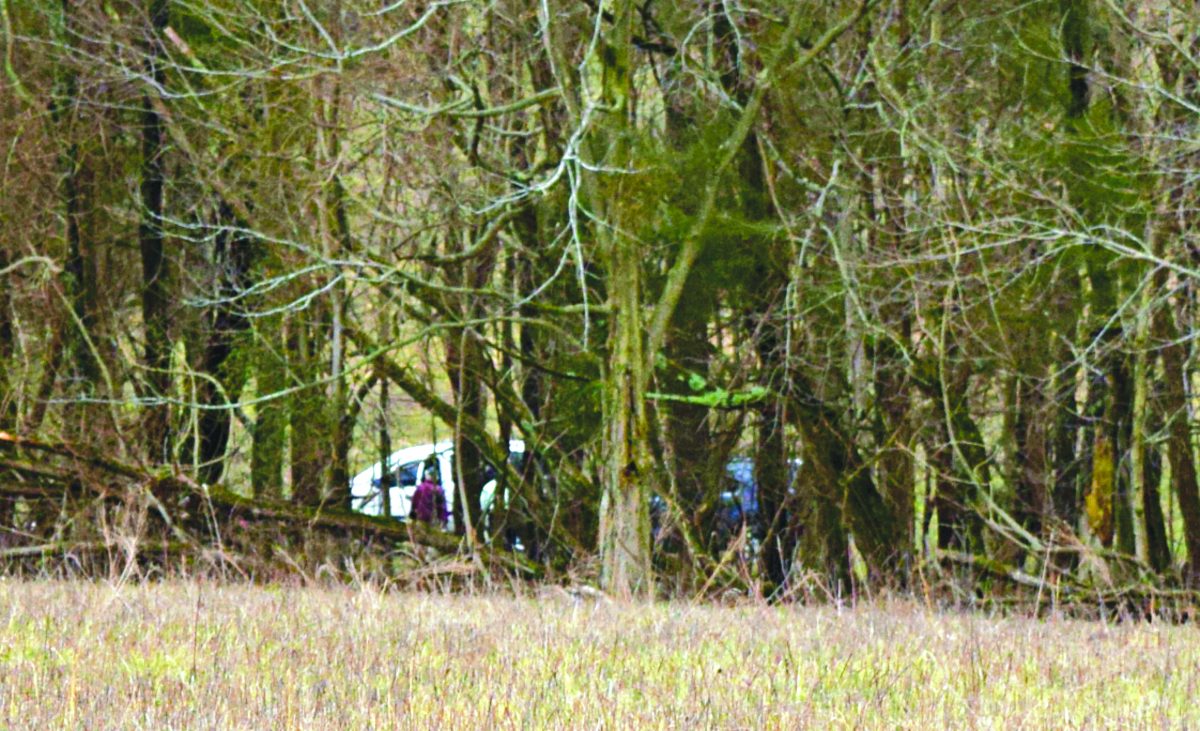 Skeletal remains were discovered on February 23 on North Nelson Road in the Hardyville area. Law enforcement was on the scene on February 25 in which more remains were found. Photo by Mary Beth Sallee/News-Herald

By Mary Beth Sallee
News-Herald Reporter
marybeth@jpinews.com
An investigation is underway after skeletal remains were discovered in Hart County on Sunday, February 23.
According to reports, the Kentucky State Police Post 3 was contacted in regards to human remains discovered in a field near the 1100 block of North Nelson Road in the Hardyville area. The bones were discovered by a gentleman who was walking the field.

“The remains were found in the field at the edge of a wooded area,” said Hart County Sheriff Jeff Wilson.
Hart County Coroner Tony Roberts stated that most of the entire skeletal body was discovered on Sunday. Those remains have already been transported to the Kentucky Medical Examiner’s Office for identification.

“They (the bones) have been on this property for a while, with most on top of the ground,” Coroner Roberts said. “The smaller bones were in the ground where a tree had fell.”
Coroner Roberts said that the skeletal remains did not appear to have been recently disposed of, but rather appeared to have been on the property for well over a year, if not longer.
The remains found on Tuesday were expected to be sent to the Medical Examiner’s Office on Wednesday morning. There can be no definite timeline as to when a positive identification may be formed.

“It’s according to if they have to send off to try to get DNA or even if they can,” Coroner Roberts said.  “It could be dental records that may be used or stuff like that.”
The investigation is ongoing and is being led by Detective Jonathan Johnson. 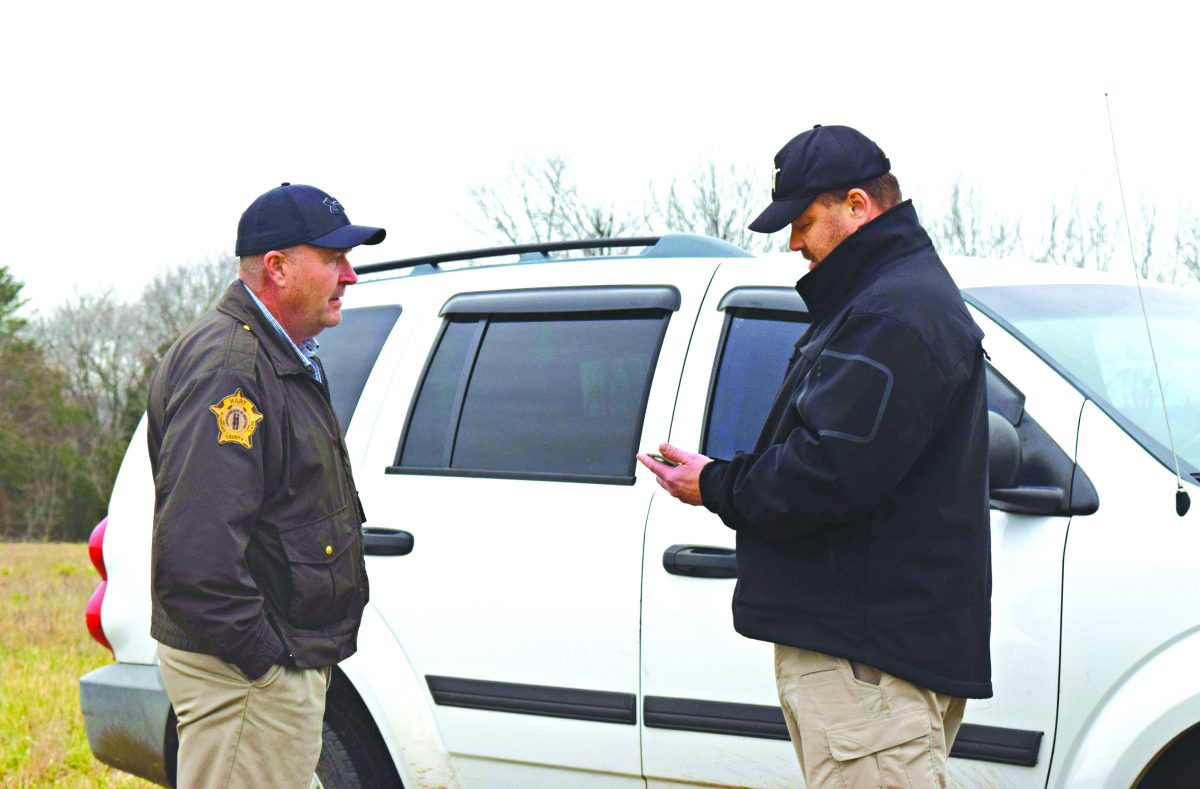 Hart County Sheriff Jeff Wilson, left, and Hart County Coroner Tony Roberts were on the scene at a property on North Nelson Road in which skeletal remains have been found. Photo by Mary Beth Sallee/News-Herald