FacebookEmail
| logout
According to a report from the Associated Press, Gov. Andy Beshear and Department for Local Government Commissioner Dennis Keene announced the funding on Monday for the cities of Wilder, Dayton, Covington and Bromley.
The town of Wilder, KY was awarded $250,000 to build a community amphitheater because city residents have expressed interest in a venue for outdoor performances and social gatherings.
Four northern Kentucky cities in all were selected to receive state grants to make improvements to parks and community spaces.
“Today’s grants will improve Northern Kentucky parks and repair and upgrade basketball courts and soccer fields for our youth. These upgrades will further Northern Kentucky’s momentum as a prime destination for business relocation,” Beshear said.

The Glasgow city council recently voted for the use of $15,000 to obtain a business plan and design drawings to investigate a similar proposed amphitheater that would be built in Glasgow. 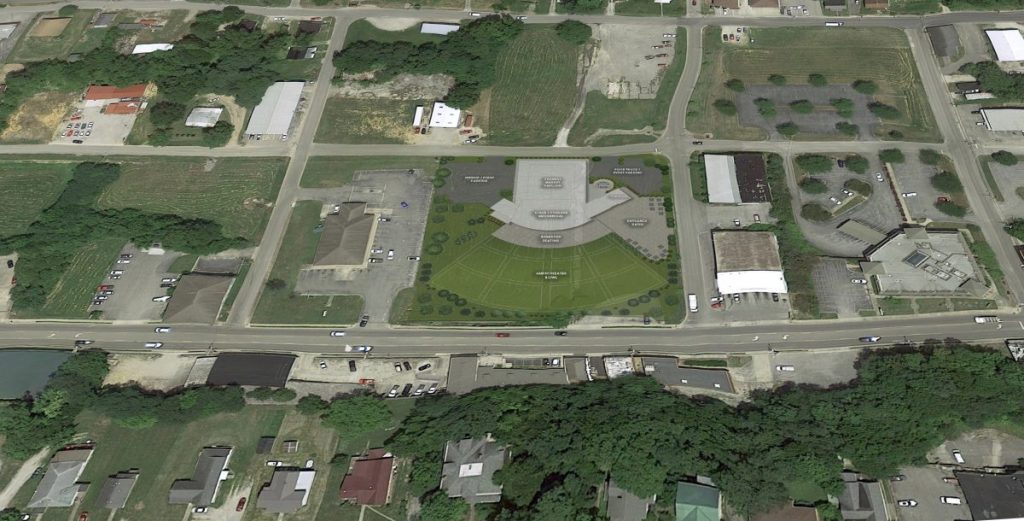 Conceptual artwork indicating the potential footprint of the proposed amphitheater in Glasgow.