The Big Green Machine lives on in us

“Since the announcement of the termination of LSC’s merger agreement with Quad/Graphics in July 2019, LSC will have closed a total of eight facilities…reduced its workforce by approximately 2,500 employees.”

This was part of the statement from Thomas Quinlan, CEO of LSC Communications in a press release announcing the shut down of its Glasgow magazine division after 51 years of operation in Barren Co. Ky.

The loss to the local economy is on a scale that is hard to comprehend. 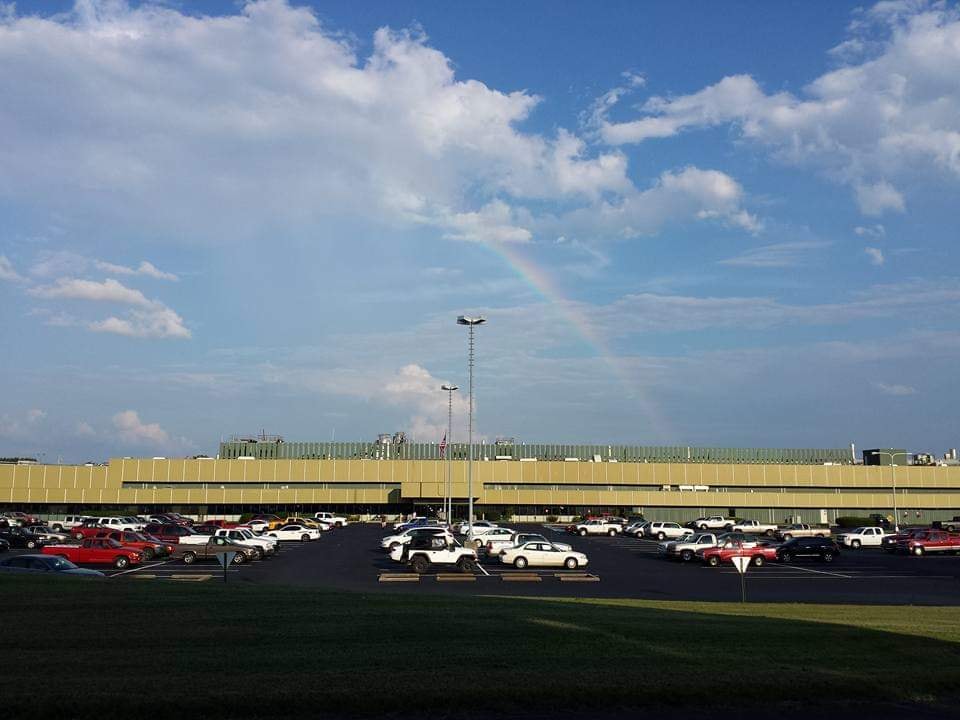 LSC Communications Glasgow Division following a rain-shower that produced a rainbow over Barren County KY. Photo Credit to Pamela Stewart who will be losing her position with LSC when they close later this year.

Although the announcement from LSC came as a surprise to many in the local community, the sentiment from many retired workers and former employees we spoke to, none of which agreed to allow the use of their name, say the writing has been on the wall for years and recent actions from LSC following the announcement seem to be in line with what they reported to the Progress.

Former and retired LSC employees collectively blame a culture of out of control turnover at the lowest entry levels of employment as the fundamental problem in the Glasgow plant, a common thread repeated by nearly everyone we spoke to. They say it led to a perfect storm of events that couldn’t have played out worse for the future of LSC in Glasgow.

The storm began churning around 2000-2005 when management began to see the company had lost a long-held advantage over other factories in the area, a luxury LSC enjoyed since their parent company,  RR Donnelley and Sons, first came to Glasgow in 1968.

For most of its history, RRD offered a compensation package that was hard to beat anywhere else, and there were fewer manufacturing plants for new hires to choose from in those early days.

Recognizing this, most of the manufacturers in the area began competing more robustly with RRD for the best new hire candidates, offering better starting pay and less expensive insurance plans. Hiring the best employees available became a much more difficult task in modern times.

RRD, with a home office hundreds of miles away in Chicago, found making immediate changes in response to the competition to be a cumbersome process and simply reacted too slow to the changing climate in the local market.

Almost without being noticed, the Glasgow plant became a less attractive place to start as a new hire in comparison to what was available in the area, and the good money it used to boast as its starting wage was not buying what it used to anymore.

This, however, did not change the need for a constant stream of sharp and qualified new employees coming in as many of the key positions needed to run the machines that produce magazines required a lengthy period to be proficient, and could not be learned overnight.

One such example was the position of Pressman, the person in charge of running one of the roughly dozen mammoth-sized high-speed printing presses inside the 23-acre building. It typically took over a decade to learn the position, involved hours of tests and practical application, as well as the candidate demonstrating leadership skills needed to head up a 5 person team. It was difficult to learn, was a lengthy process and required a significant personal commitment to achieving.

By the end of 2007 RR Donnelley had become the largest commercial printing company in the world. At the center of this empire was Glasgow. But in Glasgow, the growing concern over the increasing void of personnel to eventually take the place of an aging workforce was beginning to surface.

As the plant approached 40 years in continuous operation as of 2008 it was starting to be apparent that the company was lacking a large number of employees that possessed these invaluable skills. 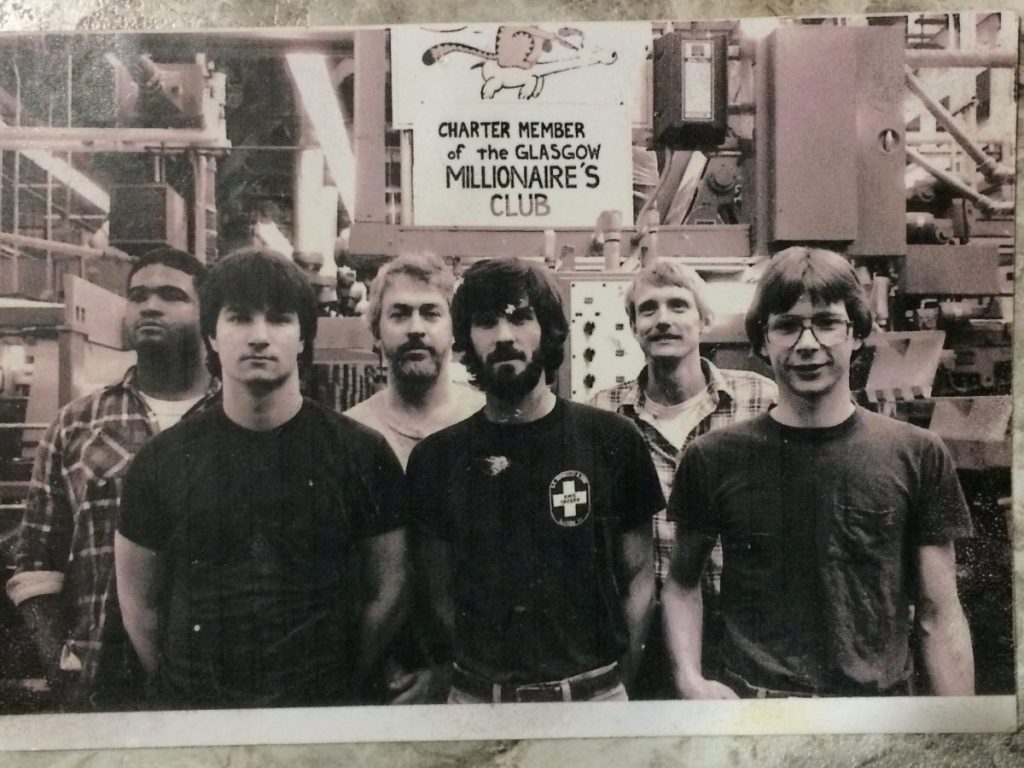 Workers from all walks of life, and spanning generations of Kentuckians worked for this company of its 51 years in operation. Photo Credit to Lonnie Perdue, pictured in the center front during his time as a Pressman, spanning a career from the late 1970s until 2010s.

Then in 2008 came the Great Recession, and the perfect storm finally came down upon the Glasgow plant. Amid looming concerns surrounding the billions in retirement costs the company was facing, RRD corporate executives announced they were terminating contributions to its retirement pension fund. The payout would be frozen and only available to employees currently enrolled. It would begin a 401k savings plan as the sole retirement option for employees going forward.

The unforeseen effect this had was devastating in Glasgow.

Most of the employees that started with the company when it came to Glasgow in the early 1970’s started working there at the age of 20-25 years-old. Now 40 years later in 2008, these same employees were 60-65 years-old. Several hundred RRD workers were in this category when they learned their retirement pension was not going to increase from its current amount no matter if they worked 5 more years or 5 more minutes.

With no incentive to stay, the most veteran and highly experienced employees at Glasgow division immediately retired by the dozens. Each time one of these valuable assets passed through the sliding front doors of the plant for the last time it was like burning a library of technical manuals.

Hundreds of years of knowledge and invaluable skills essential to the trade of printing and binding magazines vanished overnight from RRD Glasgow.

It became apparent why the turnover problem was such a big deal. Suddenly there were people running presses with little experience at all and within weeks the effect this had on production in the plant was hurting the bottom line.

The year that followed was one of the worst production years on record in Glasgow. There were soaring costs of operation from all manner of waste, downtime repairing machines for problems previously thought to be solved, a rash of quality control issues that led to crediting customers for mistakes and ultimately the combination of these effects led to the eventual loss of several key customers over the next decade, all of which precipitated into a real crisis for the company. 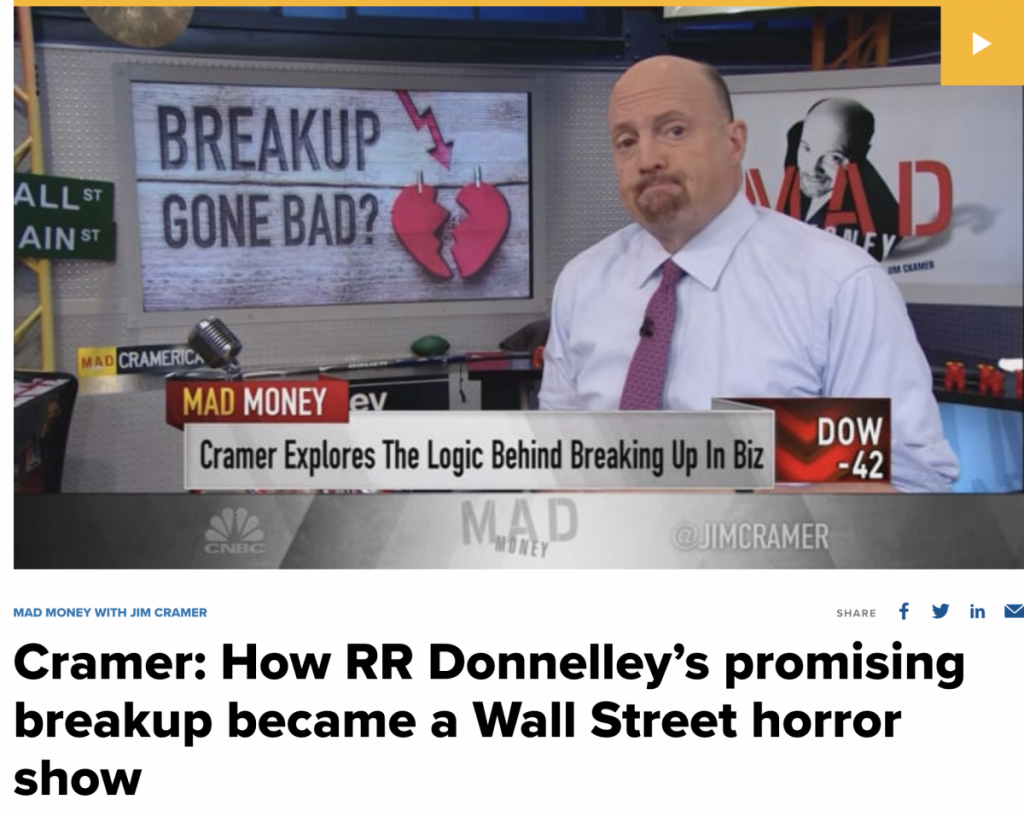 In late 2016 the parent company of LSC that was RR Donnelley & Sons was broken into 3 new companies that did not go well and it eventually was just one of many steps leading to the door in Glasgow. Photo Credit: Image from cnbc.com

In 2016, the parent company RRD undertook a three-way split that analyst described as “botched”.

It left the newly titled LSC communications in a scramble to meet stockholder expectations early on in its new fledgling venture and it has struggled for the most part, ever since.

The sad reality is that LSC was bleeding terribly from the three facilities it decided to close and it was no longer able to hide the wound.

By the time 2019 rolled around LSC announced they were accepting the offer to merge with long-time-competitor Quad Graphics in a $1.4 billion deal that gave a glimmer of hope to the struggling LSC, but even that failed. The two companies announced last summer they mutually reached an agreement to abandon the merger after the DOJ announced it would challenge the deal in court on antitrust grounds.

LSC soon after announced to its shareholders they would be suspending dividend payments indefinitely in hopes to salvage the reported $35 million it would save, back into the company’s growth. However, with the continued difficulties it was experiencing and with the pressure the entire industry faced from digital consumption of reading material, at the end of 2019, the company posted a $23 million loss to its shareholders.

The onslaught of bad news was met with punishment from investors on Wall St. and last month, after spending a month hovering around .18 cents per share LSC Communications was officially de-listed from the NYSE as of  Dec. 29, 2019.

This came just days before the announcement from LSC that they would close its operations in Glasgow, Ky. along with their facilities in Strasburg, Va. and Mattoon, IL.

LSC may have learned its lesson in Glasgow.

According to a story published with lancasteronline.com, LSC has taken bold steps to head off what it calls a “Silver Tsunami”, acknowledging a similar problem retaining employees and retirements looming in Lancaster Pa., the site of one of its remaining plants. Officials released last week that the company has increased starting wage by $2.50 per hour to $15 per hour,  opened a health clinic for walk-in medical attention for its employees and issued a large raise across the board to retain its current workers.

In South Central Kentucky, this will be a harsh loss to everyone in the community.   The locally owned Barren County Progress publisher Jeff Jobe said, “it is important to remember that the people who made that place what it was is the one commodity that remains.   They are our family and friends and we need to do all we can to let them know their community loves them and will do all we can to help them through this difficult time.”

The legacy of the people who built and assembled these printing presses is in Glasgow and the men and women who set world records for the amount of production that a press could achieve are still represented by their families. 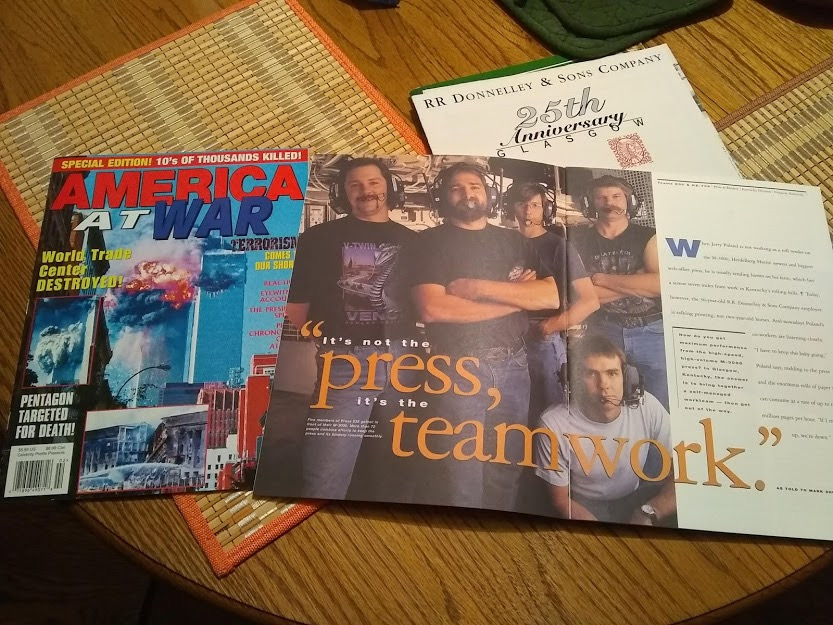 One such record was the first time 1,000,000 impression was delivered from one crew, with one press, on one 12-hour-shift, ever before, anywhere in the world. It’s a herculean achievement that is rarely matched today with equipment running over 30 years ago in the Glasgow facility.

They proved that hard work and having something to prove, go a long way in motivating people to see whether they have what it takes or not.

Because our people did have what it took… for 51 years straight.   And because they still have what it takes; the BCP asks our readers to remember them in their prayers.

Regional Director of Online Media for Jobe News is releasing a special salute to all those at LSC and ask other businesses to join us in making what are confident will be a statewide recognizable tribute possible.

Together we can showcase their accomplishments and help them prove they can do it again.  The Big Green Machine will live on in Glasgow.