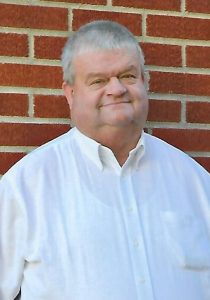 SUMMERSVILLE – Dwayne Edward Dobson, age 56, son of Boyce Dobson and Juanita Berry Dobson was born on December 4, 1963, in Green County and departed this life on December 26, 2019, at his home.

He had made a profession of faith in Christ, was a member of the Lincoln Memorial Baptist Church and was a Missionary Baptist Minister. He was also owner/operator of the Last Hope Realty and Auction Company and a member of the Kentucky Auctioneers Association.

Besides his parents, he is survived by his wife of 31 years, Christina “Tina” Johnson Dobson (formerly of Edmonton) of Summersville, having united in marriage on June 24, 1988.

Bro. Dobson was preceded in death by a brother-in-law, Greg Johnson.

The family has asked that expressions of sympathy take the form of donations to the Whitlow Cemetery Fund or the Green Hill Rehab & Care Center.