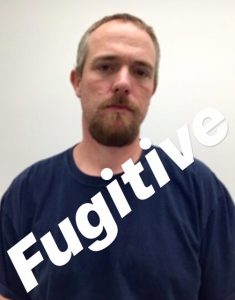 Anthony “Scott” Marrs, who was flown to the University of Louisville Hospital after crashing a stolen car into a tree while transporting 78 grams of suspected methamphetamine in Metcalfe County, has left the hospital without the consent of authorities or hospital personnel.

Monday afternoon Anthony “Scott” Marrs was transported from the scene of the accident by Barren-Metcalfe EMS and was later flown to the University of Louisville Hospital.

Marrs was operating a 2009 Saturn Vue eastbound on Wilbur Glass Road when he struck a tree.

Deputy Jarrod Steele was dispatched to the scene at Randolph-Goodluck Road/Wilbur Glass Road intersection.
Once there, Steele conducted an investigation, and found suspected methamphetamine inside the passenger compartment of the vehicle. The Metcalfe County Sheriff’s Department also discovered that Marrs has several outstanding warrants for his arrest in Kentucky and Florida.

Marrs is a fugitive.

If you see Marrs or know of his whereabouts, please contact local authorities immediately.