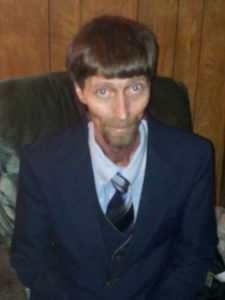 EDMONTON – Timothy Robert Walbert, age 52, passed away Saturday, November 30, 2019, at Norton Hospital in Louisville. He was the son of the late James and Inis Jessie Walbert. He was a member of the New Liberty Baptist Church.

Funeral services will be held at 1:00 p.m. Wednesday, December 4, 2019, at Butler Funeral Home in Edmonton with burial in the Metcalfe County Memorial Gardens. Visitation will be from 4:00 p.m. until 8:00 p.m. Tuesday and after 9:00 a.m. Wednesday at the funeral home.