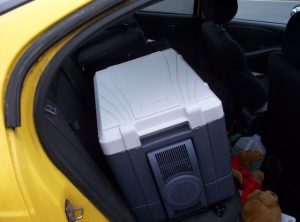 This cooler looks like any cooler, but the false walls contained 1 kilos of meth, 10 oz cocaine and 10 pounds marijuana. 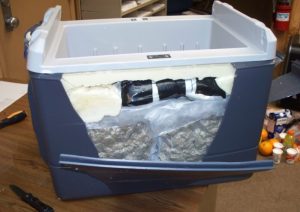 It’s a chilly November day, but a few children have braved the cold, to play at the park. Their squeals of excitement can be heard, even at a distance.

On the far side of the park sits Sarah*, a 26-year-old Metcalfe County resident, mother of three, and meth addict.

She is in the place where she used to frequently purchase small amounts of methamphetamine to fuel her habit, which she says began when she was only seventeen.

“I quit high school my junior year, I got a job in Glasgow. It was my first real boyfriend that first gave me meth,” Sarah said.

Meth was not the first drug Sarah tried. Her dance with addiction began when she was only fifteen and started stealing prescription pills from her grandparents.

“Valium, oxy, even Tramadol if there wasn’t anything else,” she said.

She also sampled street drugs including ecstasy, crack, cocaine, and various opioids, but according to Sarah, none of the other drugs had the control over her existence that methamphetamine came to have.

“From the first time, day one, it was the most powerful high I ever had,” she recounts. “It was like, from then on nothing else mattered as much as that.”

According to Captain Grant of the western district of DESI (Drug Enforcement Special Investigations), Sarah is not alone in her experience.

“I asked a man once that we caught, what it was about this particular drug, methamphetamine that had such a powerful hold over him. He said from the first time he used it, every day of life after that he was chasing that first high. It is that addictive.”

“People are willing to give up their children for it. It changes something in their brain chemistry. Maybe forever. They lose their families, their jobs, homes. Nothing is more important to them than the meth. We see it all the time,” said Chad Winn, also of DESI.

Sarah is a perfect example of someone who well knows the high cost of methamphetamine use.

At 19 years of age, she gave birth to her first child. By the time she was 21, and her second child was born, she had already been to jail twice on meth-related charges, and her first child was no longer in her care.

Today, Sarah has limited visitations with her three children, who live with a relative under the advisement of the courts. She has been in and out of jail approximately a dozen times. She says becoming the mother her children deserve is a priority.

“That was the hardest part, losing my kids and not knowing if I’d see them again. And being in jail thinking about them and knowing they didn’t deserve this.”

The clarity of sobriety, brought on by time behind bars, has been short-lived in the past. Promises made to herself, her family, church and support group have been quickly forgotten once free.

“I wanted to (do better) but every time I got out I didn’t,” she said.

Sarah also said that each time she was “clean” on the inside, her problems and former associates awaited her on the outside.

“You come out you don’t have a job. You don’t have family and your friends are all on drugs. I know people will think it sounds like an excuse, but I’ve never lived anywhere else but here,” said Sarah.

That is not to say that Metcalfe County is alone. Across the region, state, and nation the crystal meth crisis is prevalent.

Hodges, who had a twenty-year-long career with the Kentucky State Police before taking charge of his current post, is acutely familiar with Kentucky’s ever-evolving meth plague; He is dedicated to ratifying the growing problem though diligence, awareness and the inclusion with outside agencies.

“Meth use is on the rise again, especially around here. We are making cases on meth possession and trafficking weekly,” Hodges said.

Although the problem is proactively being faced, organizations like DESI, KSP and the local departments around the region know it is an uphill battle.

“It’s cheaper, it’s not labor-intensive and it’s easy to get,” Grant said.

According to Sarah, it may also be more addictive.

“When I was using meth from here, and I knew people cooking it, I didn’t feel so out of control. But once the crystal meth got a hold of me, that was it,” she said.

For the addict of only 26 years old, the road ahead is long and daunting. Sarah has been free and clean for a few weeks, is employed for the first time in several years and is seeing her children regularly. Although she is proud of how far she has come, she is under no delusion about the struggles she says are daily.

“Everyday I make a choice now. I get up and make a choice I will not do meth that day. And it’s like they tell me, it is one day at a time. Every day I ask God to help me make the right decision. I can’t say I will never go back to it. I hope I don’t. I hope I don’t ever wake up and make that decision. But… it’s one day at a time for me,” said Sarah.

To read more about the evolution of crystal crisis, and what law enforcement, prosecutors and other entities are doing to combat it, read part 2 next week.

*For the sake of privacy, Sarah’s real name was not used in this interview or series. 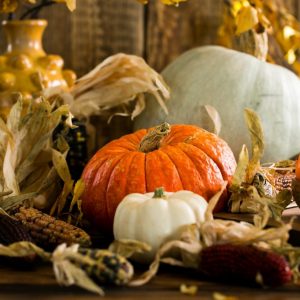