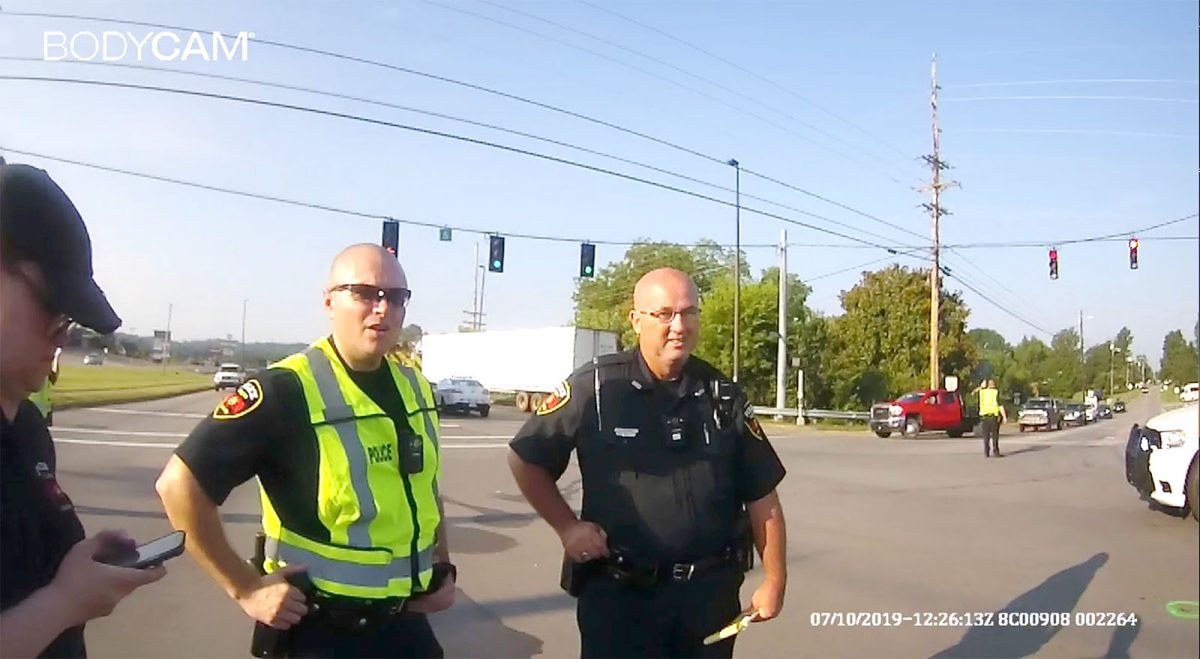 “We’ve had a vehicle vs. pedestrian—no fatality…It is, uh, Billy Ray from the Electric Plant Board,” a Glasgow Police Officer is heard saying on the body cam footage moments after Ray’s accident in July.

This past week, SCKentucky.com broke a story that has uncovered what some feel could be a conflict of interest between a board member of the Glasgow Electric Plant Board (EPB) and Superintendent Billy Ray.

Ray’s injuries at the US 31 and Cleveland intersection were serious enough that he was flown to Vanderbilt shortly after.

Days following the accident a picture began to be revealed where a driver named Ashley Case driving an SUV had either “struck” or “hit” Ray on his bicycle.

Upon a tip from close friends of board member Libby Pruitt Short, it was believed that her adult son, Chandler Gossett, was in a relationship with the driver of the SUV and this was putting pressure on Short in her capacity as board member.

An Open Records Request for police records and body cam footage revealed the driver of the vehicle identifying herself to officers as Ashley Case, but also wore a nametag with the name Ashley Saltsman. Ultimately, this proved it was indeed the same woman in the relationship with Short’s son.

The police reports and footage revealed the investigative officers discussing how it was clear that this was more of a collision of Ray on his bicycle and Case driving in the SUV.  Police have maintained that there was no intent regarding Ray’s accident and it just happens to be a coincidence.

We reached out to Short, board chairman Tag Taylor, and Mayor Harold Armstrong as well as copying questions in writing to the GEPB board attorney Ron Hampton.

Short, who ran for Glasgow City Council on a “transparency” ticket, simply said it had nothing to do with the business of EPB, and went on to say the breaking story was “stooping to an all new low.”

Taylor neither confirmed nor denied he was aware of the situation, but did say, “thanks for the laugh.”

Glasgow Mayor Harold Armstrong took the issue more seriously and confirmed he had also received a call from a friend having the same concern for Short being under pressure because of the accident and her relationship with the woman driving the vehicle.  He immediately reached out to Short but hasn’t received any attempts to communicate back from her as of press time.

He said, “If there is personal pressure being put on her because of something [regarding] this accident or even something deeper than that, then I have great concerns.”

Armstrong said Short was initially supportive of an independent consultant and against the pending 20-year Tennessee Valley Authority (TVA) contract the board is facing but that in a recent podcast, her and Taylor shared a lot of false information.

“If they literally believe those things to be facts, they are entirely incorrect,” Armstrong said, “And they should definitely seek a consultant.”

The mayor also suggested that the podcast duo, if they do not believe what they said on the podcast is true, were in “a lot of violations by going on record as saying these are facts.”

Armstrong said that with the sudden change and false information being distributed to the public that “maybe there is some undue pressure and if there is, we need to fix it.”

Possible Short Shifting
The EPB board members have had contentious meetings with many changes for most of the year regarding several hot topics, including attempts to terminate Ray, the hiring of a new board attorney, and resignation of a chairman to name a few.

Currently, EPB is facing a controversial decision on whether they will continue to purchase power from the Tennessee Valley Authority (TVA) through a 20-year rolling contract, which Ray and Short admitted in the August meeting that it had a lot of “poison pills” embedded in it.

Short was appointed and sworn in to the board on April 28, 2019. At her second meeting in May, she seemed to show a lot of compassion for the citizens of Glasgow struggling to pay their bills and shared her frustration with the ongoing battles between board members prior to her arrival. Her expression was encouraging, even hopeful for many citizens hoping for a voice.

She said Ray and the board, at the time Ray’s Infotricity rate structure change was implemented that brought an outcry from many with a large increase in electricity costs, should have put more weight on human faces. She said people were hurting in our community.

In the September meeting, many citizens lined the walls of the board meeting and voiced their concerns and struggles in their increased electric bills.

One mother went as far as to imply that she couldn’t cook her child a hot meal during certain times of the day because of the peak demands that would skyrocket the electricity cost from pennies to over $10 per kilowatt hour. Short was noticeably different in regards to showing compassion as she once had telling the mother she should “fix that baby” something to eat in the microwave. She did, however, tell citizens voicing their concerns that EPB could help them lower energy usage because it was most likely something in their home.

TVA Contract Shift
In May, she said, “Would I like to get away from TVA? Yes I would, because I personally have a problem with our supplier being our regulator because I don’t think TVA is run on the same principles it was founded on now.”

In an August 27 communication with the Barren County Progress she went on to say, “I want absolutely no part of a 20 yr contract with any company. I want to shop other companies to see what’s available to us. The shopping part, to my knowledge, hasn’t been done since ‘04 or ‘05..somewhere in that time frame. But no, 20 yr contract?  That’s absurd to me…”

While Short has been fairly consistent in vocalizing her concerns with the TVA contract, she was on a podcast called Convergence on Nov. 11 with Taylor that seem to show yet another shift with Short to a more supportive stance in accepting the contract without hiring a consultant despite the mayor’s recommendation to do so.

EPB board members agreed in October to hire an independent consultant and Taylor went as far as to set up a committee to review proposals from different power consulting firms for an independent opinion.

He appointed both board members Short and D.T. Froedge to the committee.

The Barren County Progress reached out to Froedge and Short both regarding the progress, if any, the committee has made in selecting a power consulting firm to advise them in decisions moving forward.

Froedge said, “The committee has not met nor selected a consultant.”  He indicated having made attempts but wasn’t successful in getting a meeting with Short.

Short has refused to comment as of press time on why she hasn’t fulfilled the committee obligation, yet attended the podcast and spoke against the costs of hiring a consultant. The committee wasn’t formed to analyze the costs, but instead, to make a proposal as to what consultant should be chosen.

*Prior to publication and after print, an edit was made 11/25/2019 at 5:35PM changing the word determined to believed.

After print publication GEPB board chairman Taylor released the following statement:
“As usual, the Barren County Progress is only interested in half-truths or incorrect information.  As is evidenced by my latest podcast, There are many many more issues other than what MAY transpire in the next couple of years when considering this vote.” 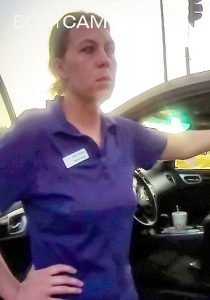 Bodycam image provided that discloses the driver to also be Ashley Saltsman.